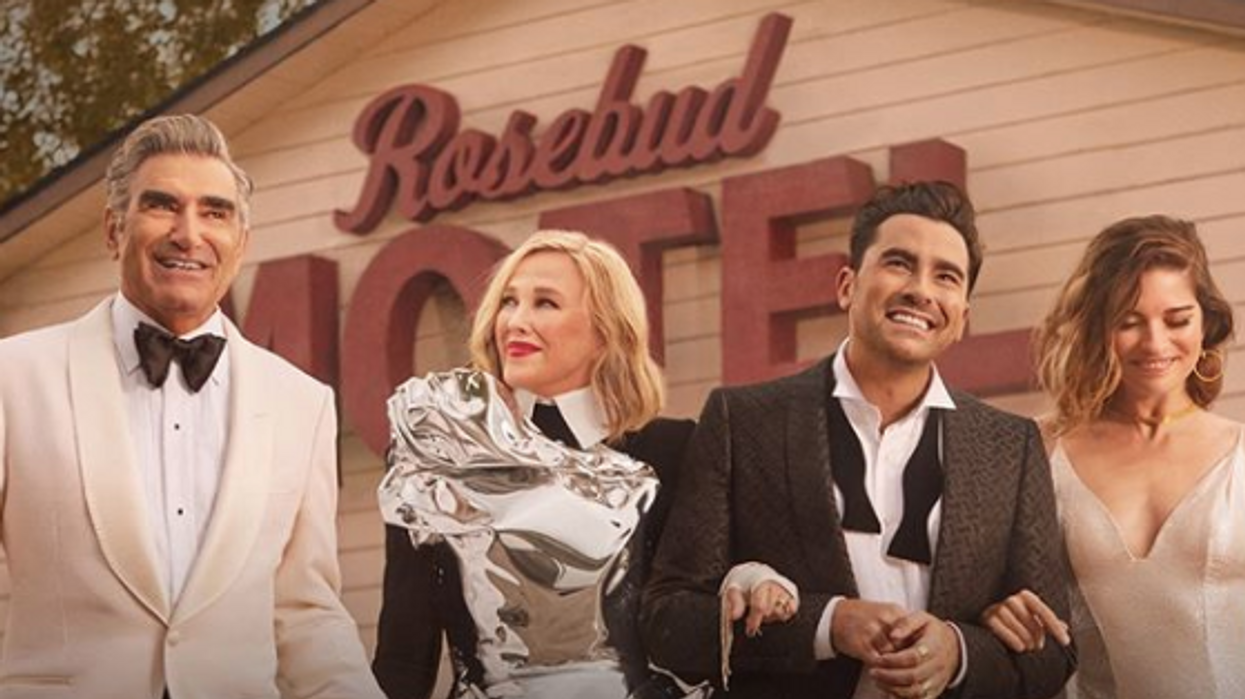 It's been a long and suspenseful wait for the first episode of the final season and we've finally made it to the big premiere day. Though in four short months, our journey following the Rose family will come to an end, we must savour the time we have with them now. The Schitt's Creek season five recap will bring back a whole bunch of emotions and prepare you for season six.

We were first introduced to Johnny, Moira, David, and Alexis back in 2015.

Unfortunately, their time as a filthy rich clan was short-lived and the very first episode showed them being defrauded by their business manager and losing everything they have.

After all was said and done, the Roses were left with only one thing: a tiny town called Schitt's Creek. Johnny bought it as a joke one day when he had money overflowing out of his pockets.

It was time for them to pack up (what little they had) and move into the motel while trying to adjust to a new lifestyle of the bare minimum.

The following seasons took the family on the adventure of a lifetime meeting so many people along the way.

Season five was definitely one to remember and the first episode started out with Moira in Bosnia attempting to revive her acting career with a film called Crows. It's not quite as she expects and she has trouble adjusting to the acting life after so much time away.

Meanwhile, David and Patrick go on a double date with Alexis and Ted as David tries to revive what he thinks is a dying relationship.

Episode two saw Moira really struggling while away from her family and she freaks out when she finds old love letters addressed to Johnny.

David and Stevie are at Rose Apothecary and get held up by a robber who manages to snag a bunch of stolen stuff off them.

Next, David and Patrick are ready to move in together and go apartment searching. But it seems they have different thoughts on where to live.

In the meantime, Johnny, who now owns the Rosebud Hotel with Stevie, pairs up with his daughter to come up with a plan to impress a motel reviewer and up their customer game. But Stevie and the reviewer end up developing a fondness for each other.

We then saw Johnny freaking out over a dress Moira bought that they can't afford, and Stevie and David take a road trip together much to his dismay.

After finally finding a new apartment, David and Patrick throw a housewarming party and Ted and David share a smooch that no one expected.

Back at home, the Rose parents are attempting to babysit Roland and Jocelyn's new baby but their skills aren't that sharp.

New mom Jocelyn has a fun night at the casino with her galpals, while Johnny has a very awkward conversation with his co-owner, Stevie, about workplace intimacy.

After that, Moira takes her chance to shine in a musical production, while her husband has a very strong belief that Ted's mom is hitting on him.

We then learn the production is called "Cabaret" and Alexis develops an interest in it that Moira is not too fond of.

Next is the absolutely hilarious episode featuring David attempting to join a baseball team alongside his father and boyfriend. Moira begins rehearsals for the play and Stevie gets caught up in them but it's totally not her thing.

Soon after, we see David at a local shop fair and he runs into a woman he used to know that's opening up her own store suspiciously similar to Rose Apothecary.

Since Schitt's Creek is a very open and accepting town, we next saw Patrick come out to his parents who were more than loving about it and were only upset he didn't share the news about him and David sooner. They previously thought the two were strictly business partners and nothing more.

Stevie and Patrick are both involved in Cabaret but find they need a little more help in the dance department. They start taking private lessons that David graciously hides from his jealous mother.

The second last episode saw David and Patrick go on a hike together where Patrick popped the question to his sobbing boyfriend who immediately says yes.

In the last episode, David tells Stevie about his big news and we actually get to see her cry for him. She disappears right before the Cabaret is supposed to begin, supposedly because she has such conflicted feelings about her BFF being engaged.

But we then find out Stevie was actually driving far away to pick up the perfect gift for the happy couple since the news was sprung on her last minute.

She still manages to play her part in the production and the season wraps up with David sharing the incredible news. Alexis has less good plans as Ted embarks to the Galápagos Islands for six months and she is planning to follow him there too.

There's even more to come in the 14 episode final season of Schitt's Creek. Watch the trailer below and tune in to CBC tonight at 9 p.m.