Bust out your favourite wig for the occasion! 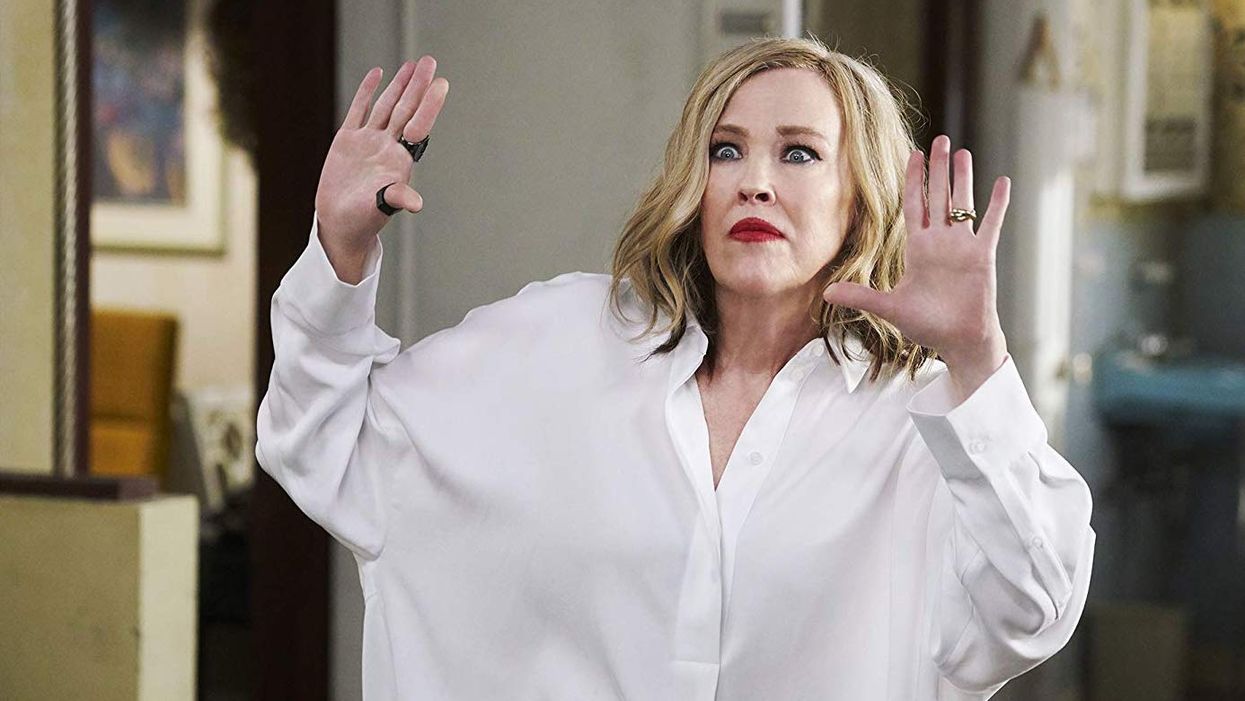 Your favourite bébé is another year older! Today is Schitt's Creek star Catherine O'Hara's birthday. In honour of the occasion, Twitter users are sharing their favourite GIFs and moments from the Canadian actress.

Born on March 4, 1954, in Toronto, O'Hara has starred in more than one hundred movies and TV shows.

Her breakout role was on SCTV in the late '70s where she first met her future onscreen husband, Eugene Levy. The two have been close pals for over 40 years now.

Since then, she's starred in Beetlejuice, Home Alone, Waiting for Guffman, Best in Show, and Killers, among tons more.

Whether you know her as matriarch Moira Rose or forgetful mother Kate McCallister, her work is a must-watch. Especially on this momentous occasion.

The Schitt's Creek Twitter account posted today that "By the power vested in me by twitter dot com, I proclaim this Wednesday, March 4th, 2020, to be #CatherineOHaraDay!"

A little while later, they tweeted, "Reply to this tweet with your favourite Moira GIFs to help us celebrate #CatherineOHaraDay!"

Reply to this tweet with your favourite Moira GIFs to help us celebrate #CatherineOHaraDay!
— Schitt's Creek (@Schitt's Creek)1583332920.0

O'Hara fans didn't disappoint and were quick to hop on the Moira Rose GIF train.

This classic deserves its own accolade.

So does this shot from the first episode of season one.

We can't forget the iconic scene between Moira and David when they couldn't manage cooking a basic recipe. You just fold in the cheese, of course.

ET Canada shared a video about O'Hara noting that she won Best Comedy Actress in the Canadian Screen Awards four years in a row. Thanks to her character, we even have a new word called "Moiraism" defined as "a casual pretension or an unfiltered opinion on regular people".

Other fans shared old photos and GIFs of her flicks from decades past.

Vintage SCTV polaroids of Catherine O'Hara. I don't know who needs to hear this but no one has this range.… https://t.co/fuDvcYUzPQ
— mandahadi (@mandahadi)1583336576.0

Twitter trends tells me that its #CatherineOHaraDay. Now that is truly worth celebrating. There is no better charac… https://t.co/IVlT67XkcT
— Michelle (@Michelle)1583333819.0

It seems that even The Big Bang Theory's John Ross Bowie is a fan. He wrote, "Every day should be #CatherineOHaraDay and I'm assuming our Canadian brothers and sisters don't have to go into work today. Don't sleep on her work in After Hours, btw".

So is actor Nick Bolton who shared, "Catherine O'Hara deserves AT LEAST a month. #CatherineOHaraDay".

The hashtag has been trending in Canada all day and currently has over 3,000 tweets about the actress.

If you want to get up and close with her, O'Hara will be in Toronto on March 28. She will also join the Schitt's Creek cast on The Farewell Tour hitting two Ontario cities this summer.