The mash-up you never knew you needed! 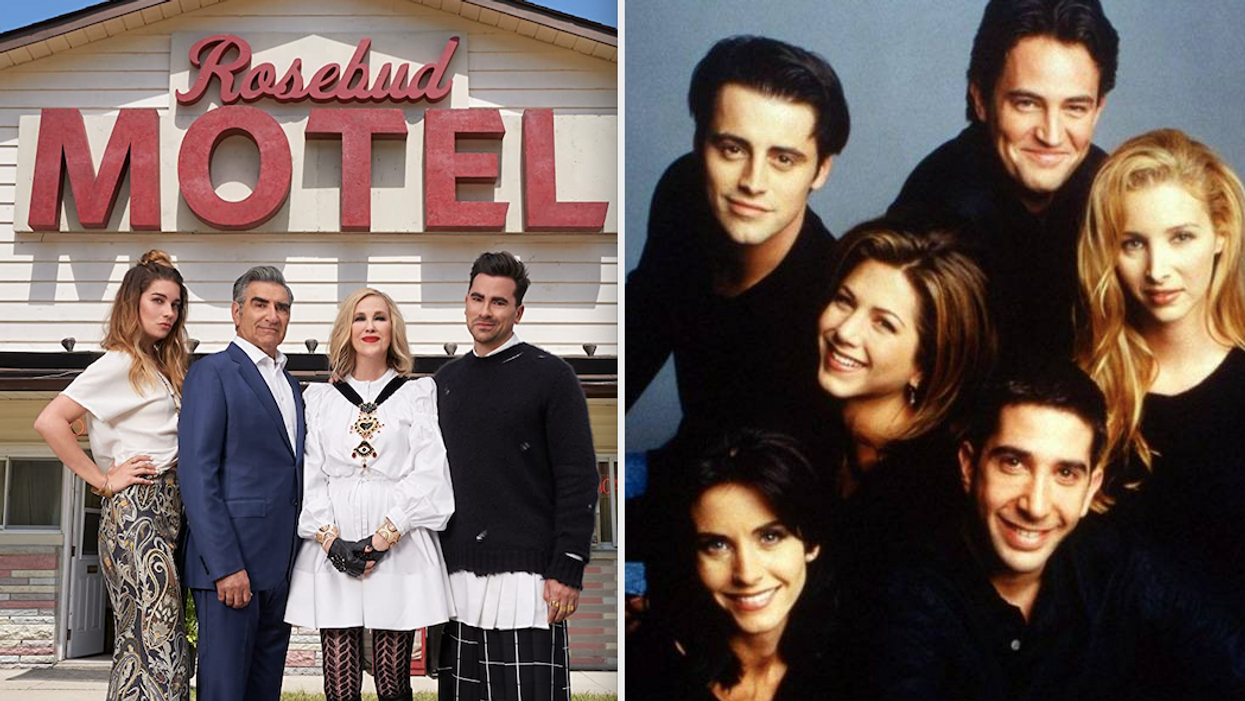 Your favourite cast but make it better. A CBC producer edited the Schitt's Creek stars into intros from iconic sitcoms including Friends, Brooklyn Nine-Nine, and The Office and it's everything you need right now. Although, it might just make you miss the Rose family even more following the series finale.

Earlier this month, the cast we know and love said goodbye after six seasons on our TV screens.

Johnny, Moira, David, Alexis, and all of their friends in Schitt's Creek have had quite an impact on viewers, and the beloved CBC sitcom will be in our hearts for years to come.

While you wait for the final season to drop so you can binge-watch it start to finish, now is a good time to stream from the very beginning. The first five seasons of the series are on both Netflix and Amazon Prime so you can relive the best moments.

However, thanks to CBC producer Calum Shanlin, you can also imagine the stars as characters from your favourite comedy series so the fun doesn't have to end.

Shanlin shared that he worked on Schitt's Creek for over six years, writing that "It’s been an honour, and that’s down to the entire cast and crew for making my job such a f**king pleasure."

Shortly after sharing his teary goodbye to the series, Shanlin used his Twitter platform to share his own fun video edits.

In a spot-on mashup, the producer showed us what it would look like if the six Schitt's Creek stars were the characters from Friends. This one impressed star Dan Levy who retweeted it.

That same day, he also did a reimagined Parks and Recreation.

After Friends came The Office, which is every bit as good as you'd expect.

Shanlin harboured his editing skills showcasing the cast in black-and-white overtop images of the Rosebud Motel in colour, mimicking the 30 Rock intro.

Perhaps one of the best edits is "Schitt's Creek, but make it Brooklyn Nine-Nine" which Levy responded to writing, "CALUM!"

A series of emotional pictures of the cast was put together to replicate the intro to How I Met Your Mother.

For Gilmore Girls, Shanlin used a variety of sentimental clips that will tug on your heartstrings now that the series is over.

When it comes to Arrested Development, you might just realize how similar the two sitcoms are.

Citing from the intro of the series starring Jason Bateman, Shalin wrote, "Now the story of a wealthy family who lost everything and their father who had no choice but to keep them all together... it's Schitt's Creek".

That's not too far off from the Rose family who's kept together by patriarch Johnny after he gets defrauded by his business manager in the first episode.

Shanlin's most recent edit was posted yesterday so hopefully, that means there are more iconic sitcom intros to come.