This could be your last chance to see them live! 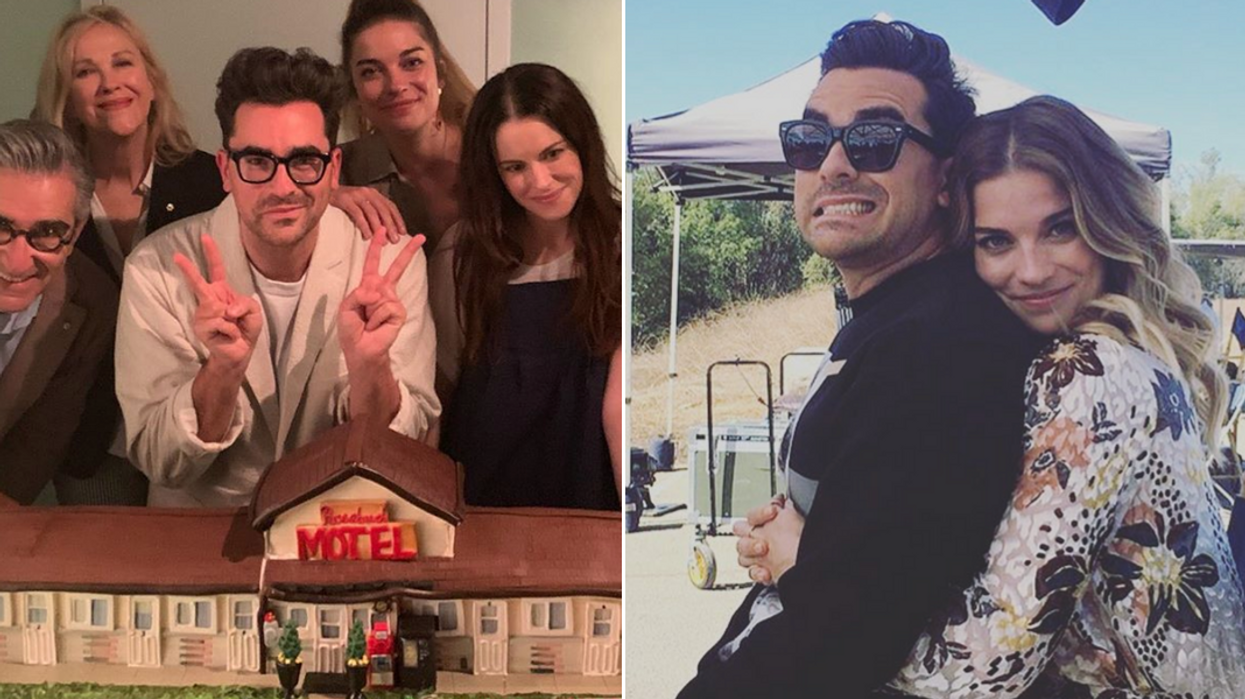 The Schitt's Creek cast is bringing their Up Close & Personal tour to Vancouver on October 20 at the Queen Elizabeth Theatre. There are still a handful of tickets left for the event starting at $81.15. You can get tickets here.

This tour was started by the cast last year after they realized the beautiful fandom their show had created. They wanted the opportunity to experience Schitt's Creek with the fan's live.

Last year at their Los Angeles show, Dan told the Los Angeles Times that, “The building blocks of our show have slowly but surely built a really loving fan base...The idea of putting a live show together really stemmed from the enthusiasm of the fans and the desire to provide a venue where we could celebrate the show with them."

If that doesn't show you how much this cast cares about their fans, we don't know what will.

The description for this years show reads:

"Just For Laughs is thrilled to present a very special live event with the cast of Schitt’s Creek. Join Schitt’s Creek cast members, including Eugene Levy and Daniel Levy, for a live, interactive evening that promises to be fun and insightful while giving fans an insider’s look into the making of the series. Using clips, behind‐the‐scenes footage, stories from cast members, and some special surprises, fans will have a chance to engage with the actors and creators of the series that Variety calls one of “the best TV shows of the year.”

This Vancouver show is also super special because it's the only Canadian date on their current tour. Other tour locations include Las Vegas, New York City, Atlanta, and Atlantic City.

While fans may feel like it's a huge deal and honour to get to see the Schitt's Creek cast live, Dan Levy also let's us know that it's just as overwhelming for them,"... this really did start as just a very small idea up in Canada that we did because we loved it. And to now have a theatre full of people showing up just to hear us answer some questions, it’s wild."

If you want something else to remember the cast by, checkout Schitt's Creek's huge wardrobe sale!