"Pitching this to Hallmark." 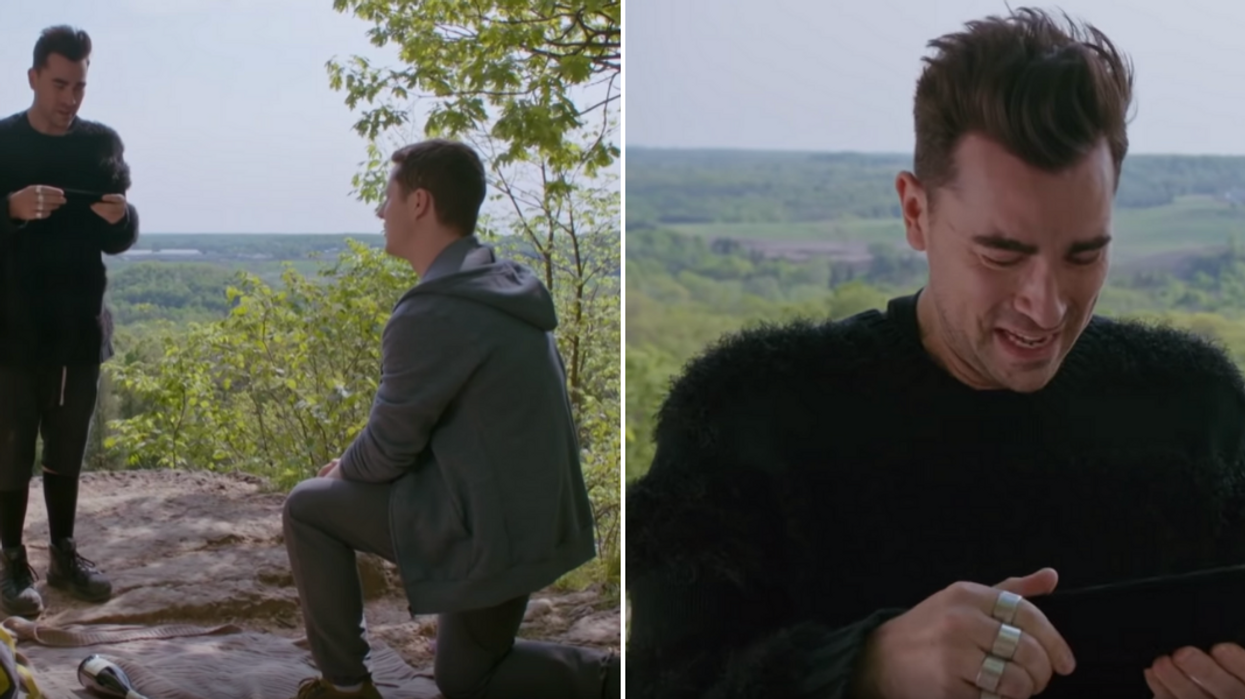 A lot of thought goes into planning a proposal. Couples have to think about stressful things like, picking out a ring, making the moment symbolic, and whether or not the location has good lighting for Instagram. Luckily for this couple, their perfect engagement venue was announced for them a few months ago. Schitt's Creek's Dan Levy inspired engagement is the greatest idea ever.

A few months back, it was announced that NYC would become home to a Schitt's Creek set pop-up just before Christmas.

Dan Levy himself even hosted a contest where the winner would get a private tour with the Schitt's Creek star.

Although they were not the contest winners, fans John and Jonathan attended the pop-up where Jonathan got the surprise of his life.

In front of the rebuilt set of the Rose Apothecary, John got down on one knee and asked Jonathan to marry him.

Pop TV, who was running the pop-up, caught the beautiful moment on camera.

The newly engaged couple spoke to PEOPLE after, explaining that their love for Schitt's Creek and David and Patrick's relationship is one of the reasons they fell in love, “We are both fans of the show. We watched like everyone else the beautiful scene of David and Patrick [getting engaged]."

Dan Levy also found the entire exchange beautiful and even wants to make their story into a movie. After reading People Magazines article he quoted their tweet and wrote, "Pitching this to Hallmark."

It's no surprise that this couple was inspired by Levy. He was recently given an honorary award from GLAAD, an LGBTQ+ advocate group, for his work with the community in the past both on and off-screen.