He's hilarious on and off screen! 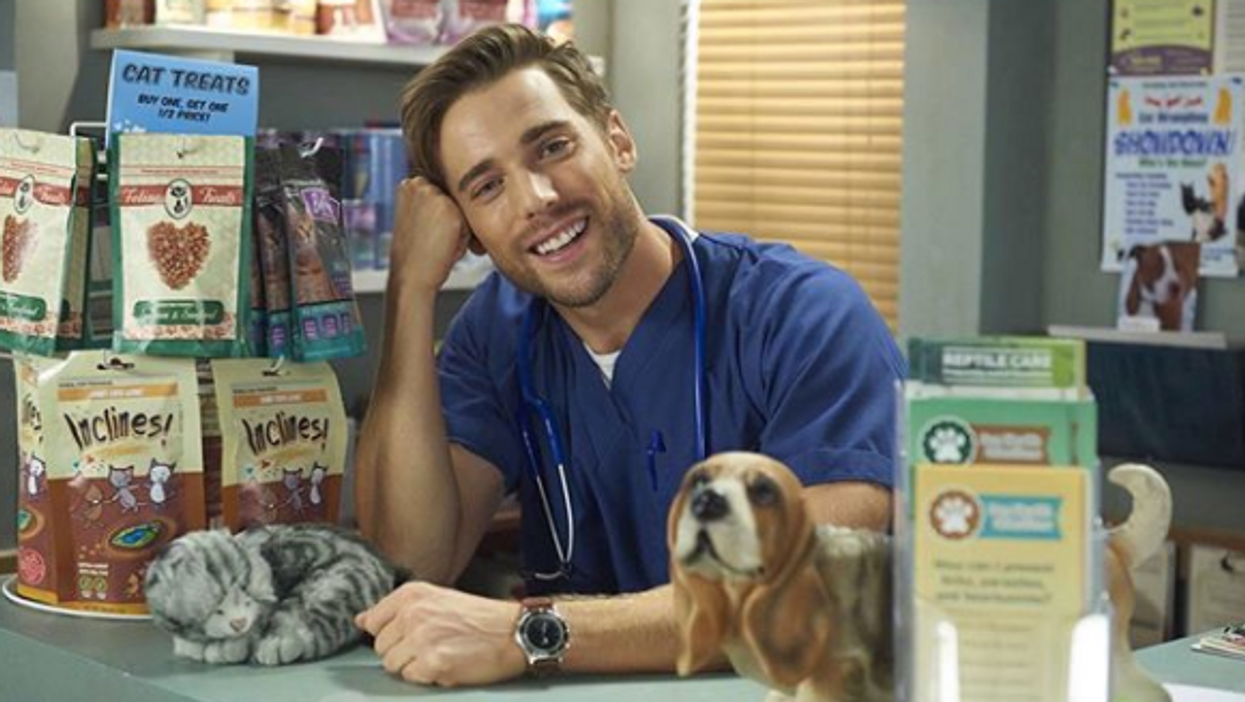 The next few months are definitely going to be tough for Schitt's Creek fans when the series comes to an end in 2020. It's been on screens and in homes since 2015 and has almost an entirely Canadian cast, giving our country the recognition it deserves. Asides from the Rose family, there are tons of characters that make the show what it is. Stevie, Roland, and Twyla are key people, and Ted and Patrick brought in love interests that we never knew we needed. Ted Mullens' puns are totally iconic and Schitt's Creek's Dustin Millligan shared secrets about the show and they're surprising.

The 34-year-old actor is best known for playing Ethan Ward on 90210 in season one. He got his acting start in 2004 and comes from way up north in Yellowknife, Northwest Territories.

Milligan has played Alexis Rose's love interest since the beginning of the show, with a very on and off relationship.

He recently interviewed with Entertainment Weekly, and the Schitt's Creek star told them that co-creator Dan Levy is to thank for letting him improvise puns while filming.

"I didn’t ask anybody if I could start doing these puns, I just started doing it. But I got the crew to laugh a little bit… I don’t know why Dan decided to let me keep doing it, but he did," Milligan said.

Milligan and Levy also go way back. They had a history even before sharing a steamy kiss in season five.

He told Entertainment Weekly that he and Levy met at an audition for a part they didn't get, and he immediately recognized the Toronto born actor.

Milligan said, "'Oh, you're Dan Levy. My sister loves you on The Hills after-show.' I also said something about his eyebrows, because it’s all about mind games in auditions."

Levy also had the honour of being the 90210 star's first kiss with a male.

It wasn't the eyebrows that got in the way, though. It's the scruff that was unusual for Milligan, who said, "the Levys — Dan and Eugene, I should say; Sarah is not — but they’re a hairy bunch. It almost felt like it punctured my skin. I was just like, 'Oh my God, I’m going to be bleeding from this kiss.'"

Of course, the kiss was just a house party dare and Milligan's true love in the show is Alexis Rose.

He did a spot-on version of Johnny and Patrick, Alexis' iconic "ew, David!", and even a perfect "Bob-jog."

The final season of Schitt's Creek will premiere on CBC on January 7.