It's a bittersweet ending to an era! 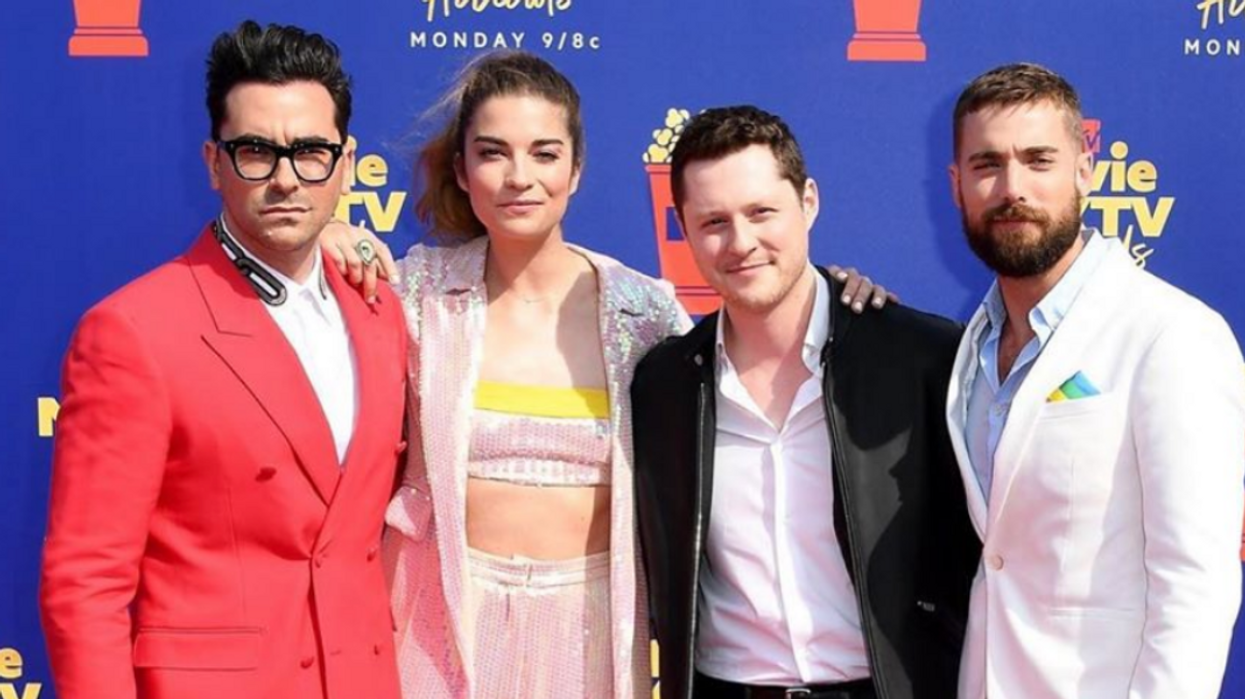 It was an exciting time for Canadian TV when the Emmy nominations were announced two weeks ago. Our favorite Canadian comedy finally got the recognition it deserved with four nominations! The show has been on-air and streaming on Netflix for 5 seasons now and this marks the first time they are being recognized by the Emmy's. Will Schitt's Creek win an Emmy? We hope so because the sitcom is heading into their final season.

After the news was out, the cast took to social media to thank their fans and celebrate with each other. Eugene Levy, who co-produced and stars in Schitt's Creek, thanked the fans by tweeting, "To our brilliant cast and crew, and our fabulous fans who have been spreading the word for the past 6 seasons, these nominations belong to you!"

While we got a number of social media posts in celebration of the nominations, we haven't really got the real scoop about how the cast feels about the prestigious appreciation. That is until Dustin Milligan's interview with CBC was released!

Milligan has been on Schitt's Creek since season 1 as the character Ted Mullins.

Milligan started off by explaining how in awe the whole cast still is that, "such a small, quaint little Canadian show" grew to the caliber it's at now.

He even joked that he no longer has to explain what Schitt's Creek is to casting directors, people now know one of the most popular comedies on Netflix.

When asked about the four Emmy nominations he called them, "pretty wild" and something he doesn't think any of the cast ever expected to happen. He opened up more about the cast's feelings on the nominations saying that "deep down in our [the casts] hearts, I think we all wished that something that was this special to us could be appreciated by such a wide audience."

The show is ending after season 6 premieres so of course, Milligan had to dish his thoughts on the ending he said: "It's gonna go out with a bang and I think audiences, I hope, will appreciate that all the more so now."

Tune in to the Emmy Awards on September 22nd to see if the Schitt's Creek cast take home an award!