It's so close to Toronto! 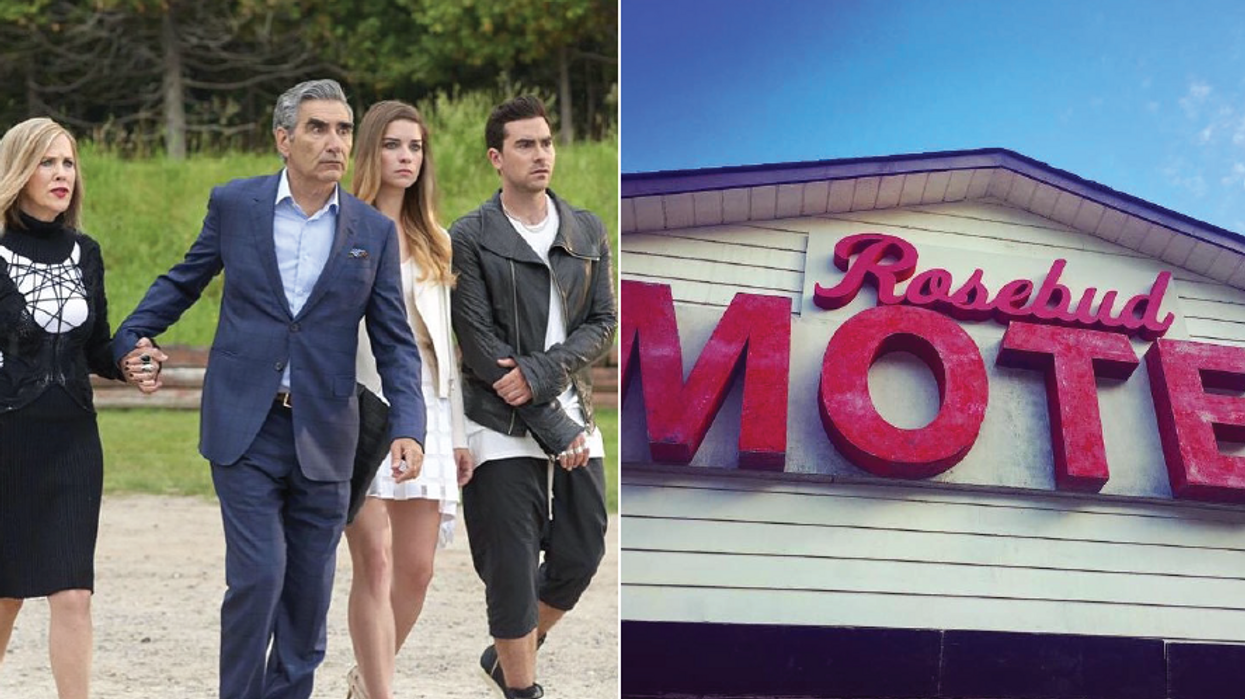 Schitt's Creek is probably one of the biggest television shows to come out of Toronto. Lucky for us Canadians, it also means we have easier access to meeting our fave characters. The show has been out for five years now, which means we have a pretty hefty list of filming locations that the show uses frequently. If you've ever wanted to check out any of your favorite sets from the show or just want to catch a glimpse of Dan Levy, you've come to the right place. Here are Schitt's Creeks most popular Toronto filming locations.

The interior shots of Schitt's Creek have been shot inside of Pinewood Studios since season 3. It's located In the downtown core of Toronto near Lake Ontario! Before this location, the interior was filmed at Dufferin Gate studios in Toronto. This is most likely where the cast spends most of their filming time!

The motel where the Roses' live and Stevie works is located about two hours outside of Toronto in Orangeville, Ontario.

Unionville is where they shoot scenes involving the Blouse Barn!

The town of Goodwood is where all the exterior shots of Schitt's Creek take place. This IS Schitt's Creek and is the location that will probably be your best bet if you were looking to meet the cast or catch a filming day. They use this town for exterior shots of the mayor's house, the gas station, the town hall, the graveyard, store exteriors, and street views. The town is super small with just 600 residences, it shouldn't be hard to find some filming trailers!

Here are some fans that have already made the trip out to the small town:

Check what residences think about the filming here!