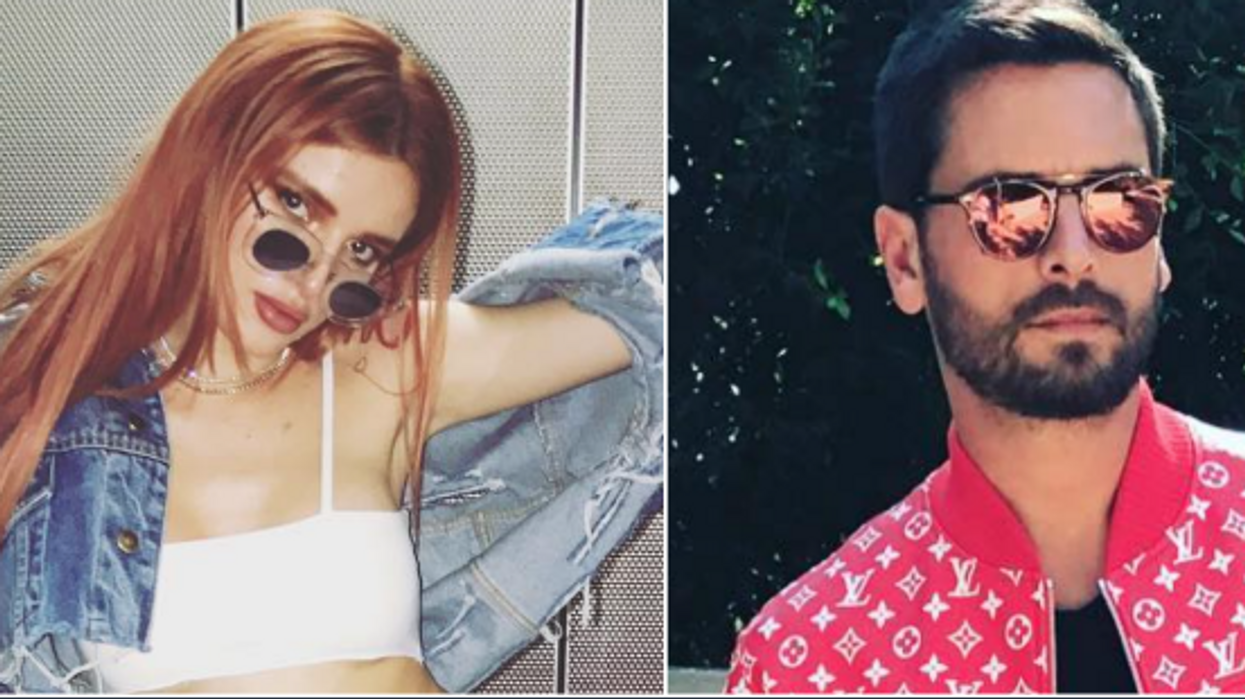 We all remember the shade-parade that happened early this summer in Cannes, France, where Kourtney Kardashian debuted her hot new beau Younes to the world. Shortly after Kourtney arrived with her bae, Scott was on a private jet faster than you could say G-6 for a ton of PDA-ing with pretty young women.

Before Scott and Kourtney headed off to France for what would soon become a field-day for the press, Scott proposed that the two move in together. Like all exes do, you know? “He’s like, I sold my house and I think I should move in,” said Kourtney on Keeping Up With The Kardashians. “We could raise the kids together, and have, like, an open relationship.” We're guessing, really really really open, huh Scott?

Scott later admitted to threatening Younes, saying that Kourtney was being "condescending" when telling Scott about her trip to Cannes. This made Scott really emotional and caused him to lash out, threatening Younes.  “He’s like, ‘Your little friend is gonna get beat up every day that we’re there," Kourtney revealed. Scott admitted the threats were immature of him saying, "There’s a lot of anger. Like, wow, it’s really real, us not being together."

On top of Scott's parade of women in Cannes that week, he took a few more pictures with Bella Throne than necessary, showing some insane PDA. Kim expressed her disdain for pictures of the couple at LAX saying, "They looked so desperate at the airport. Like who goes to LAX together?” Kendall relayed to Kim that she bumped into Scott at the airport saying, "“He was like, ‘Yeah I’m doing it to make Kourtney mad.”

Scott's plan ultimately backfired as Kourt was super unphased by the drama and instead took to hanging out with Younes in Cannes to forget about her wild ex. Good thing he's with Sofia Richie now cause we're ooooover the drama.