Thanks for the shout out, Sea Town! 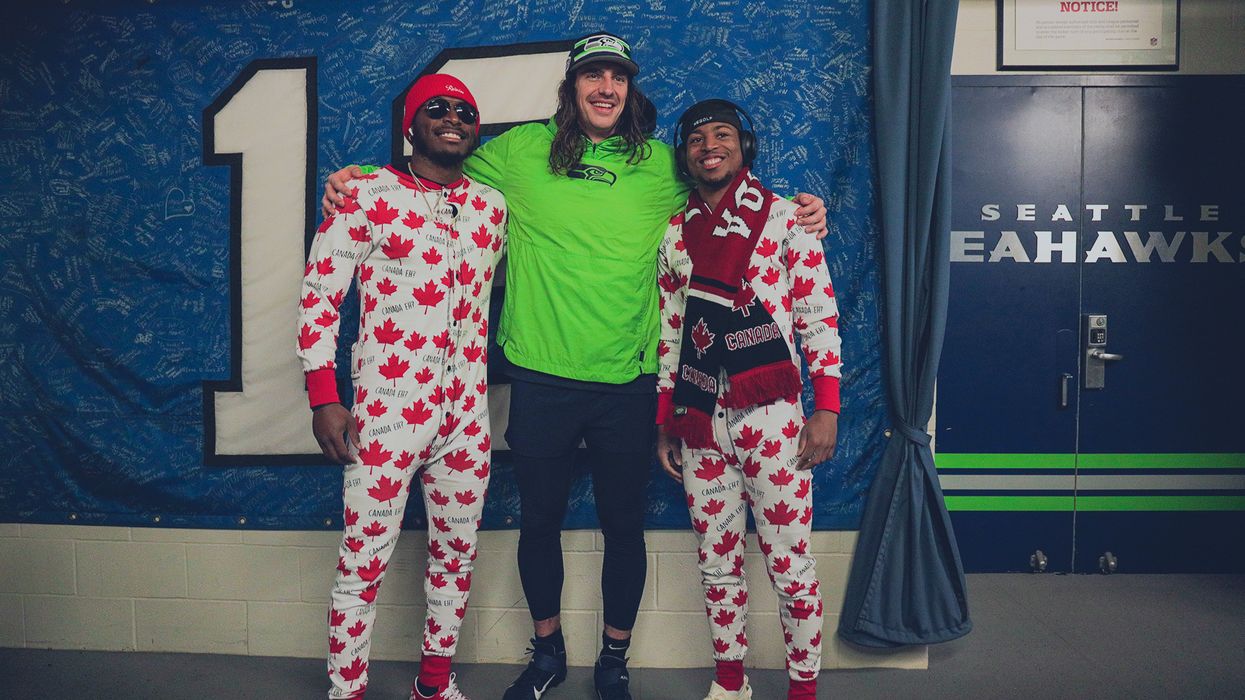 Canada and the United States have their differences, but one geeky move by a couple of NFL players has us feeling warm and fuzzy inside. On Monday, December 2 the official Twitter account for the Seattle Seahawks tweeted out a video of two of their players arriving for the night's game against the Minnesota Vikings. Tyler Lockett and David Moore appeared to roll up in matching onesie jammies that were all over white with red maple leaves. It's clear that the Seattle Seahawks love Canada and the secret is out, otherwise, why would they wear those outfits?

The pair who looked more like they were ready for bed than ready to play a game may have been tipping their hats to fellow Seahawk player and Canadian Luke Willson.

In a second video, you can see Willson look surprised and excited to see his teammates show of respect for his country.

"Yo, where you buy these at?" Willson asked them as the camera got a full view of the bright red butt flap on the back of the onesie.

Since Seattle is so close to Vancouver, tons of Canadians travel down to catch games and support the Seahawks.

In Canada, we just had our Grey Cup party in Calgary and football is wrapped here for the season.

For our neighbours down south, their NFL will be continuing their regular season until the end of the year.

"Arriving in...comfort?" read the tweet showing the pair arriving for the game.

They both looked super comfy. Lockett went so extra by tying a bulky scarf around their neck with a maple leaf on it for good measure.

"Gotta rep our neighbors up North!" read another tweet. Even though we have our differences, like how to spell "neighbour", for example, it makes us feel warm inside to get the attention.

Twitter users started pouring in with compliments and support. It seems like the Seahawks have fans in Canada and after this cute stunt, they're likely to make even more.