7 Places All Harry Potter Fans Must Visit In Washington State 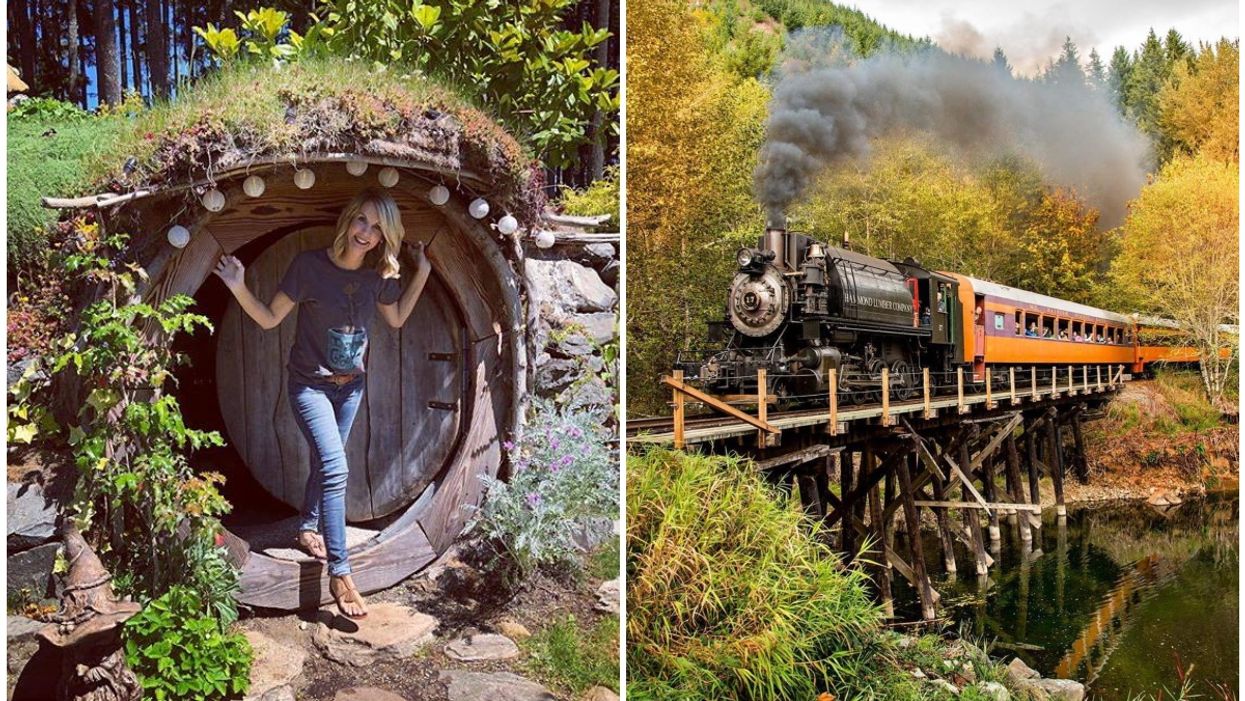 Washington has long been known for its potheads, but what about its "Potterheads?" As it turns out, there are enthusiastic communities of each in the Evergreen State. While many of the places to celebrate the former are widely known, there are also plenty of spots to inspire the magic of the wizarding world. Some people choose to celebrate them in tandem, which could lead to even more magic!

For many of us, the Harry Potter books were cornerstones of our childhoods. We'd try incantations to torture our siblings, and we'd dream about the mischief we could get into if only we had an invisibility cloak.

The first Harry Potter book came out in 1997 and the first movie followed in 2001. It's been twenty years, and the world still can't get enough of the spells, the stories, and the magic.

If you love Harry Potter, we've got a Washington "Potterhead" bucket list for you that will make you want to grab your wand, fire up your broomstick, and fly out to explore!

When: December 6-9Where: Hotel Murano in Tacoma The Wonderful Weekend of Wizardry is an immersive festival in Tacoma celebrating the world of Harry Potter. After generating quite a buzz last year, this impassioned event is almost here and packed with magic—and even a few celebrity wizards from the films! Chris Rankin (a.k.a. Percy Weasley) will be there to meet fans and share insider stories from the set along with Stan Yanevski (a.k.a. Viktor Krum), and Daniel Radcliffe's body double Daniel Warren. Also in attendance will be the cast of the hit Off-Broadway show Puffs, Or: Seven Increasingly Eventful Years at a Certain School of Magic and Magic and cosplay darling Kari Lewis, who is known for her fierce Hermione Granger costumes.

The four-day event is unlike anything on the west coast, one-upping even The Wizarding World of Harry Potter at Universal Studios in some regards. There are themed events throughout each of the days, beginning in the morning and running through the evening. Organizers have carefully crafted a schedule of classes, including Defense Against the Dark Arts, for visitors a la Hogwarts.

While some other Potter events tend to put on classes just for play, the classes here are designed to have real utility and the "students" are expected to walk away having truly learned something. For example, the Potions class will include gemstone essential oil elixirs.

Over forty different "professors" have been brought on to teach, turning the event into a veritable pop-up Hogwarts. On Saturday alone there will be over thirty different classes. While this event is open to all ages, there are 21+ evening events for witches and wizards who prefer a stronger brew. To top off the oddities of the events, a reptile man will be walking around the grounds with real live Fantastic Beasts. A ride on the Mount Rainer Scenic Railroad will make you feel like you're on the Hogwarts Express, heading to school for a new chapter of wizardry!

Put on your best robes, pack your study books, and practice your spells and incantations on the train while you warm up next to a steamy cup of cocoa—or perhaps even something sweet from the trolley!

You can even pull a Potter and buy out the entire candy supply, share it with your friends, then slip into a glorious sugar coma by the time you pull into the next station. If you want the festive feeling of Hogwarts Express during winter break--as though you're leaving the castle to head to the Weasley's house to put on jumpers and enjoy a modest feast--take Mount Rainier Scenic Railroads' Polar Express ride during the holidays. The Suzzallo Library at the University of Washington is known for more than just its books and exquisite architecture. It is a local favorite among Potterheads for its striking resemblance to the Hogwarts Library. Fans come here to pay tribute and play. It's not uncommon to see someone wearing cosplay and carrying a wand as they wander in awe through the aisles, in search of a spell book with just the right incantation to ace their next exam or defeat a dark lord. The Hobbit Hut at The Brothers Greenhouses in Port Orchard could easily be mistaken for Hagrid's Hut. Surrounded by greenery including lush grass and tall, aging trees, you'll feel like you're on the edge of the Forbidden Forest and at the beginning of your next adventure.

However, you may want to resist the urge to go looking for unicorns to save, as you never know what might be lurking around to suck their blood. Unless you've got a trusted guard dog like Fang, you ought to be careful, for you never know what kind of dark magic could be waiting for you. You'll definitely want to come prepared with your wands ready to draw at the first sound of so much as a twig snapping behind you. Better practice your Defense Against the Dark Arts beforehand! Post Alley at Pike Place Market is Seattle's answer to Diagon Alley. While it's admittedly a tad short on wand shops, and you'd be hard-pressed to find a decent Nimbus 2000, there is an undeniable sense of mischief and wonder in the air as you walk through the cobbled, narrow streets. The alley runs just below and just above Pike Place Market, split by the primary entrance. As tourists bustle through the main strip of vendors and awe over the fish and the flowers, locals pop in and out of the shops and restaurants in the alley. There may not be any butterbeer, but there is ginger beer. The notorious RGB (a.k.a. Rachel's Ginger Beer) is located at one of the entrances to Post Alley, just below its arched sign and a cobblestone's throw from the famous Public Market sign.

Bring your wizard friends in for a potion of black currant ginger beer or, if you're looking for a stronger spell, you can build your own mule with your choice of RGB flavor and vodka, dark rum, whiskey, tequila, or gin. Pike Place's Market Magic has the charm of Borgin and Burkes and the trickery of Zonko's Joke Shop. This hub for wizardry is downstairs from the main layer of Pike Place Market, making it feel tucked away and secretive.

The shop is rarely advertised, but it's well known in Seattle's magic community. Market Magic has been in Pike's for over forty years, and its history is laden with the kinds of ghosts you might find at Hogwarts. According to local lore, a crystal ball in the shop is haunted by the ghost of Madame Nora, a former shopkeeper of the early days at the market. It's alleged that the ball was originally acquired by Pharaoh's Treasure before being passed off to Market Magic when strange things started happening. Gossip about objects moving on their own at night in a possible haunting was spurred by the swift relocation of the crystal ball to Market Magic, where it remains.

Where: City of Leavenworth This Bavarian village is a hotbed of Harry Potter inspiration. You could film fan fiction here without a single iota of set dressing. The dense Northwest forest mimics that surrounding Hogwarts Castle, and the town itself looks startling like Hogsmeade Village. The area is so ripe for Potterhead fandom that it's inspired the world's first Harry Potter overnight camp. Digivations at Camp Demigod is a STEM-focused (meaning science, technology, engineering, and mathematics) camp with immersive Potter-inspired activities including live Quidditch and classes that explore the science and physics of magic. Previously only for children, the camp is in the process of opening its doors to a wider audience. Their first family camp will be the weekend of June 21st. As it's not just children who want to play in the wizarding world, Camp Demigod is brewing up some ideas for hosting adults in separate events soon. In the meantime, their Demigod Mountain View Lodge is available for overnight accommodations. Where: City of Forks

Forks is the proud home of the Twilight series, starring none other than Harry Potter alum Robert Pattinson. While some of us will never fully recover from his untimely end as Cedric Diggory in Harry Potter and the Goblet of Fire, we can at least find comfort in seeing the actor as a shirtless, gold-hearted vampire in this fantasy series.

Forks has fully embraced the Twilight fanfare and has even put together an annual festival to celebrate called Forever Twilight: Festival and Collection. The town has coined the phrase "Forks bites" and has not been shy about branding it on fan swag for purchase. Check out their selection here if you have a diehard Cedric Diggory fan on your Christmas list.