Macklemore’s Seattle Christmas Is Every 90s Kids’ Memory Ever 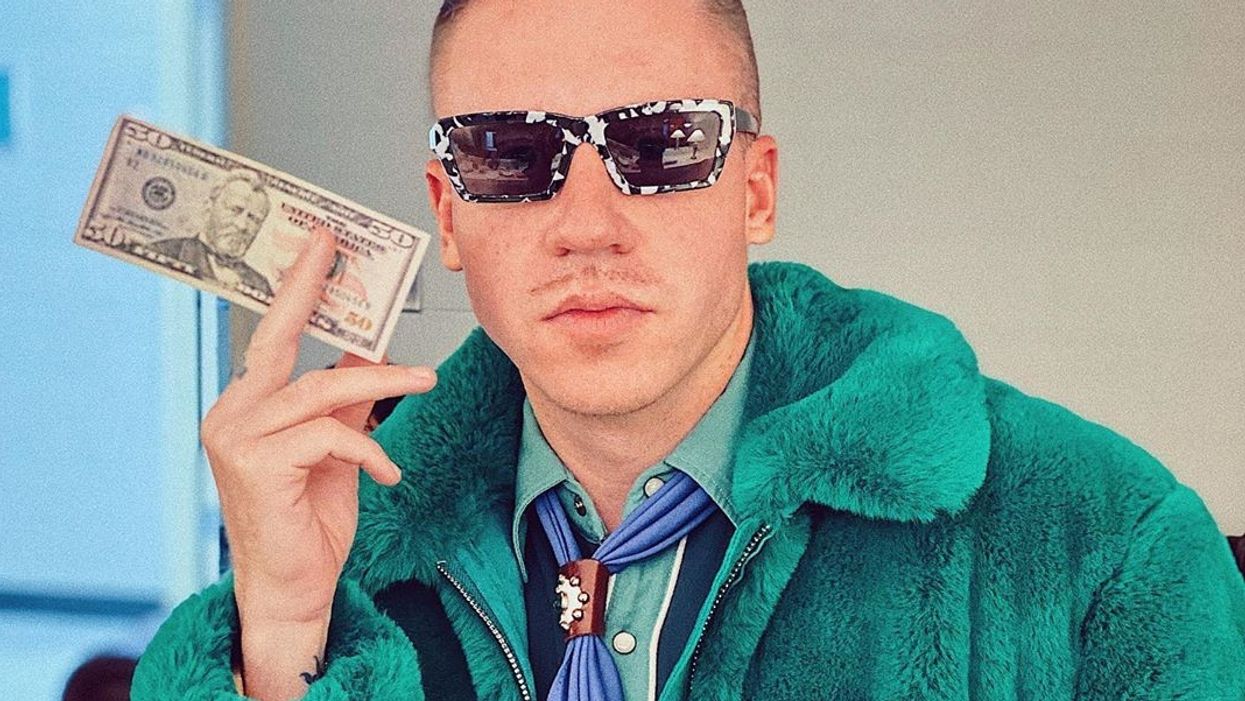 We're nearly at the end of another decade, but 90s kids will always have fond memories of their childhood. Macklemore's Christmas song photo fits right in. The rapper posted a nostalgic snap from 1991 of his childhood in Emerald City on the 'gram, and it's totally relatable to us millennials.

Dressed in an oversized jersey, wearing his cap backward, and rocking out by a "lit" Christmas tree, the American rapper, whose real name is Benjamin Hammond Haggerty, shared a sweet memory over the weekend.

The picture showed the young rapper from his Christmas morning dated 1991. "I loved the Buffalo Bills and was gifted a Bruce Smith jersey from my Gramma," he began in his photo caption.

It was also the day that the songwriter got his first boom box, and sitting in it was an iconic tape that all of us have some idea about.

"Santa came through with my first boom box and in the tape deck was Michael Jackson’s 'Dangerous.' I got the headphones where the foam ear piece would last for 2 days tops," he shared. Remember that, guys?

Just when we were wondering if he slid on the wooden floors with his socks on, possibly imitating the King of Pop's moonwalk, he answered that too.

"I had toothpicks for legs, but was hella good at sliding on wood floors in my socks," he wrote on the pic that says "It's Christmas Time," a song that he dropped last week.

While everyone knows that Macklemore is from the Seattle area, and is a huge Emerald City supporter of the city's soccer club, Seattle Sounders, what we didn't know was that he was also a fan of the American football team from Buffalo, New York!

And that sure came as a surprise to all of us.

"I did NOT know you were an @buffalobills fan!! GO BILLS!!" "Woo go buffalo," some of his followers celebrated in the comments, tagging the official team.

With over 66,000 likes, some Instagram commenters even shared their own "black and white" memories in the photo's comments.

"Haha man I had a box that looked just like that one1," "haha, awesome. also got that tape for Christmas. I would rewind and crank 'black or white' over and over again," some of his fans wrote.

"I absolutely love this photo. I used to live upstate NY and we did a few BB games. Always fun in the snow at that stadium. Thanks for bringing up some good memories. Love u Ben," another shared.

We don't know about you, but as someone from his Insta fam noted, "That photo sums up Christmas lol❤️."

And we're with him on that one.