The Seattle Seahawks Are “Making History” With A Second Rookie Dinner For $23,670 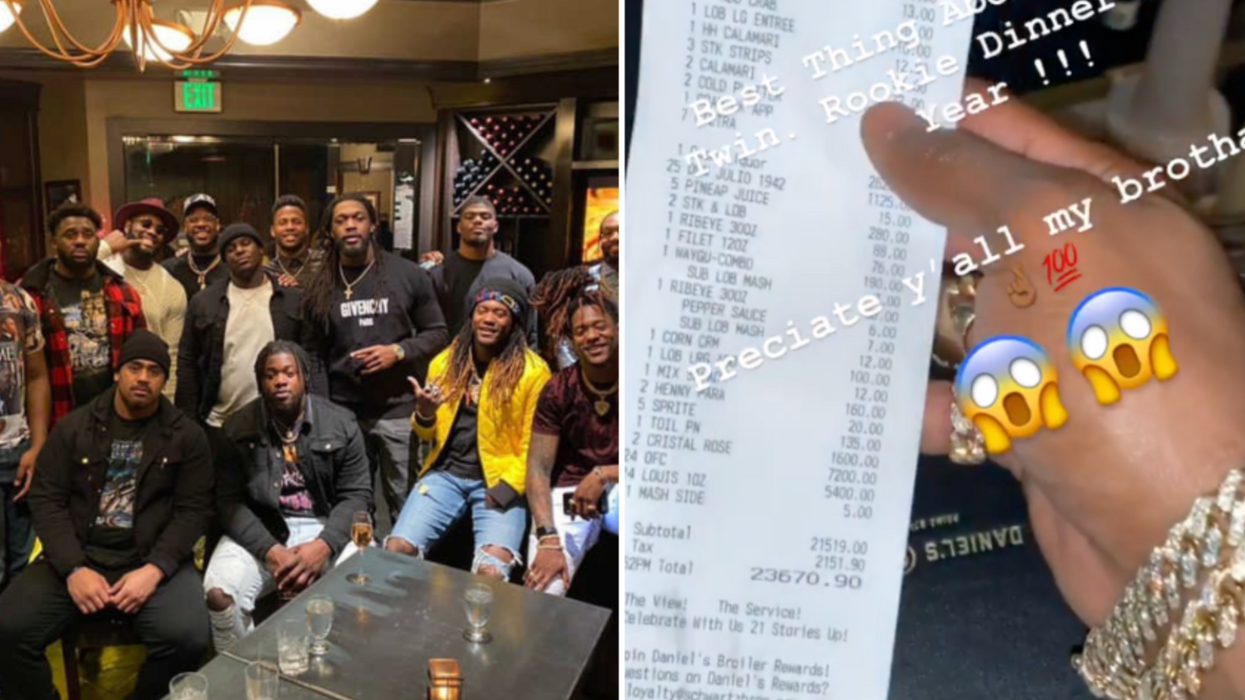 Dropping big bucks during the holidays may be a tradition, but the NFL team from Emerald City seems to enjoy the splurge. After racking up a bill of $17,500 at a rookie dinner earlier this month, the Seattle Seahawks just had a second rookie dinner, this time "making history" for $23,670!

The bill from Daniel's Broiler in Bellevue, a team favorite, was posted by Seahawks cornerback, Shaquill Griffin to his insta stories.

This was the same spot that hosted the waygu-filled dinner earlier this month too.

On the boomerang, Shaquill wrote, "Best Thing About Having A Twin. Rookie Dinner Twice A Year!!! Preciate Y'all my brothas."

For the uninitiated, Shaquill and his twin brother, Shaquem Griffin both play for the Seahawks, and from their games of rock, paper, scissors on the field to their rad outfits, we love their camaraderie!

He even tagged other players like Seahawks' defensive end Lj Collier and defensive tackle, Demarcus Christmas who were at the expensive shindig.

Pitasoni Taumoepenu jr, who is an outside linebacker for the team also posted a picture from the party, captioning it, "Brotherhood."

The stories also featured a boomerang of a super-rare O.F.C. bourbon from Buffalo Trace which retails for a whopping $6,500 a bottle!

The Seahawks' defensive end Branden Jackson posted a video to his stories, running us through the entire bill. Expensive lobster macs, waygu, calamari, and Cristal Rose all made the cut.

From what we've seen, the team likes to celebrate in style. Watch this space for more updates.