Sedona Arizona Just Got Hit With A Very Unexpected Snowstorm & It Looks So Pretty! (PHOTOS) 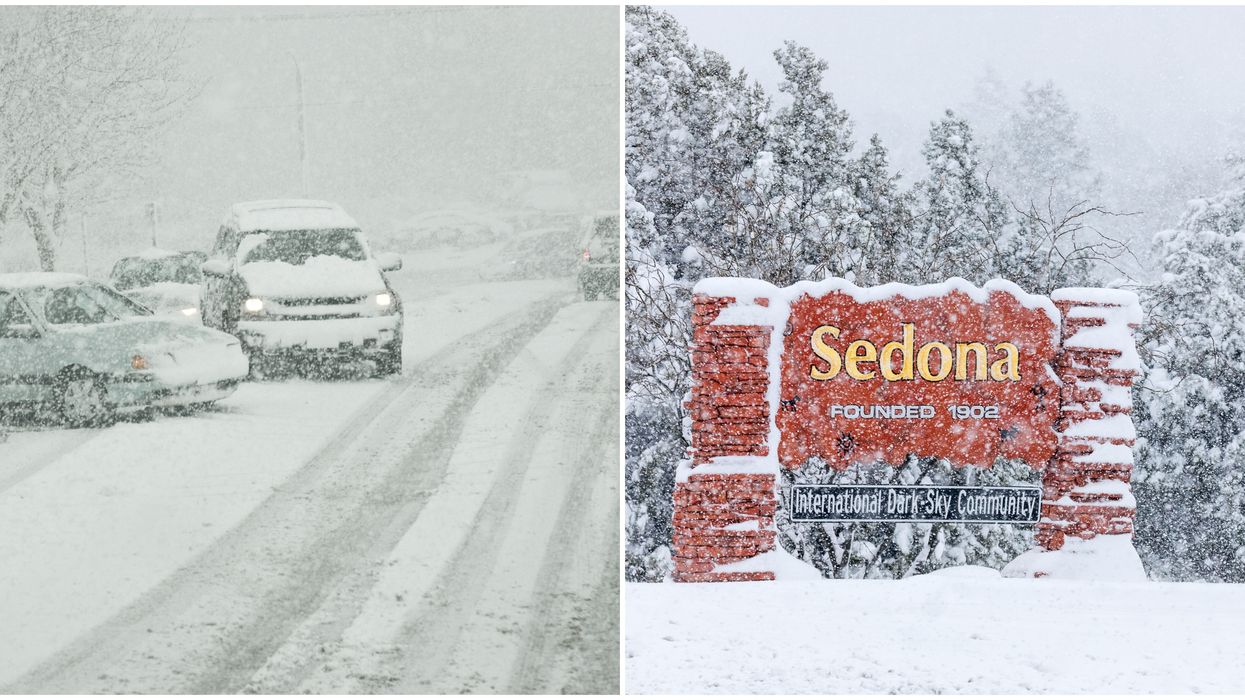 Most of the year, Arizona is home to warm temperatures and sunny skies. This Thanksgiving brought major weather changes to one city. A massive Sedona snow storm hit today.

The city's famously red rocks are covered in sheets of ice and thick blankets of fluffy, white snow. It's quite a sight to see!

This storm is also bringing high winds with speeds up to 40 mph, ice, and scattered showers. Weather Underground reports that snow is accumulating between three to five inches deep today in Sedona.

Early this morning, the Arizona Department of Transportation (ADOT) announced that Interstate 40 and 17 were closed due to inclement weather conditions and heavy snowfall in higher elevations.

According to KNAU Arizona Public Radio, I-40 is still closed down from the US 93 to Winslow east and westbound. There is no announcement yet when it will reopen to the public.

Visitors and locals seem to be making the most of the snowy conditions by taking pictures in the wintry surroundings.

Travelers are encouraged to wait out the storm if possible, which is expected to pass late tonight through Sunday morning on December 1.

For those who must drive, proceed with caution and use tire chains and check the forecast before making a trip. Red Rock News recommends planning in advance and bringing emergency supplies such as necessary medications and supplies and rescheduling appointments.

Rain showers are expected to come as well, raising concerns about flooding for waterways at lower elevations.

Narcity is following the story for additional information. Stay tuned for more updates.