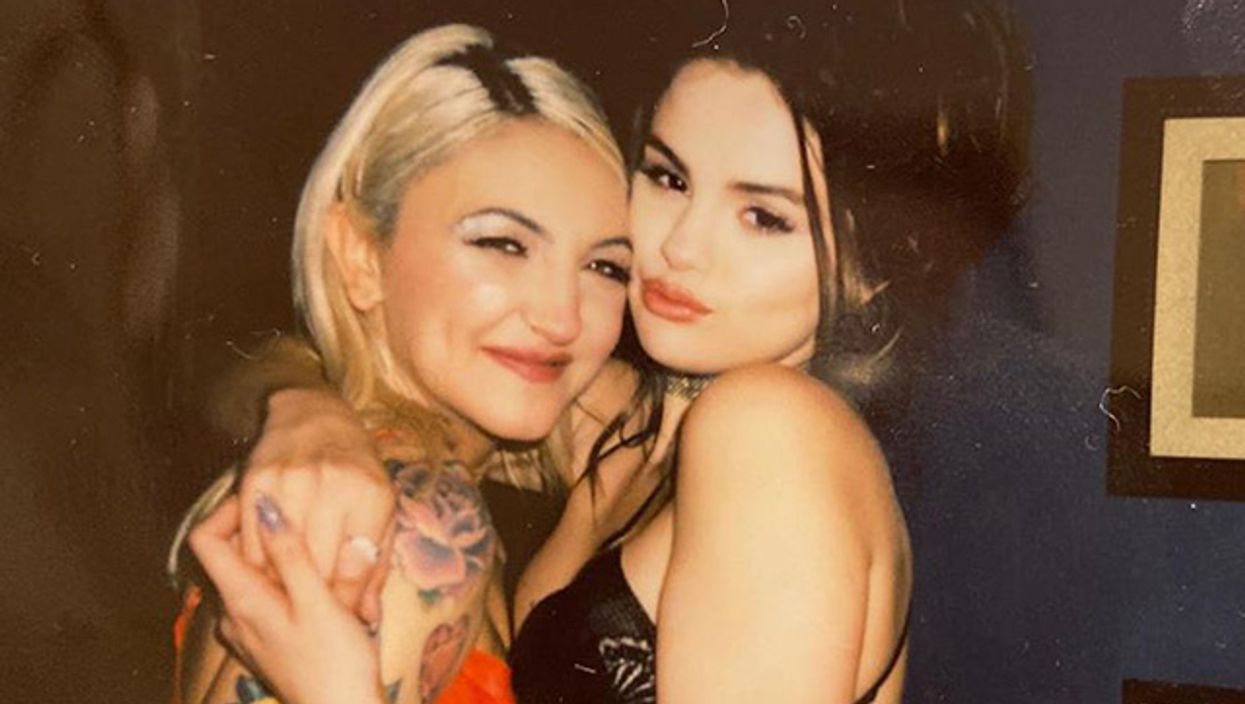 You probably heard that Selena celebrated a 90s birthday bash on Sunday. But here’s one detail that most fans didn’t know. Selena Gomez kissed her BFF Julia Michaels at the prom-themed party and some fans seriously stan.

Forget about Jelena. Who else is with us?

Selena showed up at the birthday party dressed up in some seriously enviable 90s nostalgia clothes. We’re obsessed with her long black slip dress, choker, and chunky shoes.

While she was at the party, Selena joined Julia on-stage for her final song in a super-cute BFF moment.

They both sang the song "Anxiety" that Julia and Selena have collaborated on. But what happened after is what has Selena freaking out.

The two shared a kiss on the lips that have been circulating around everywhere in pics and videos online.

One fan said "Selena and Julia f***ing kissed. I'm totally screaming." Another fan noted that Selena was the one to initiate the BFF kiss.

While we think it's just a BFF display of affection between the two, some fans are convinced (or maybe just hoping) it's more than that. The tweets say it all.

Just take a look at these adorable pics and videos. Julia embraces Selena's face before they take a quick peck.

Fans everywhere are totally loving it. Just look at all these girl power posts.

Selena also posted an Instagram story showing they got matching BFF arrow tattoos. Selena wrote on her IG story "It's tatted. My arrow points to you forever."

The tiny arrow was done just by Selena's thumb. The tattoo artists also documented the matching tattoos on their Instagram page. We're loving it.

Michaels asked Julia for her opinion on the design. Needless to say, the tattoo artists were stoked. One of the artists, Brad, posted this caption on his Instagram account "So last night I got to tattoo @selenagomez while my main brother @londonreese tattooed his bestie @juliamichaels , safe to say last night was super rad and meaningful for me! London your the f**king man and I'll never forget the way you put me on! Going up gang in full effect!"