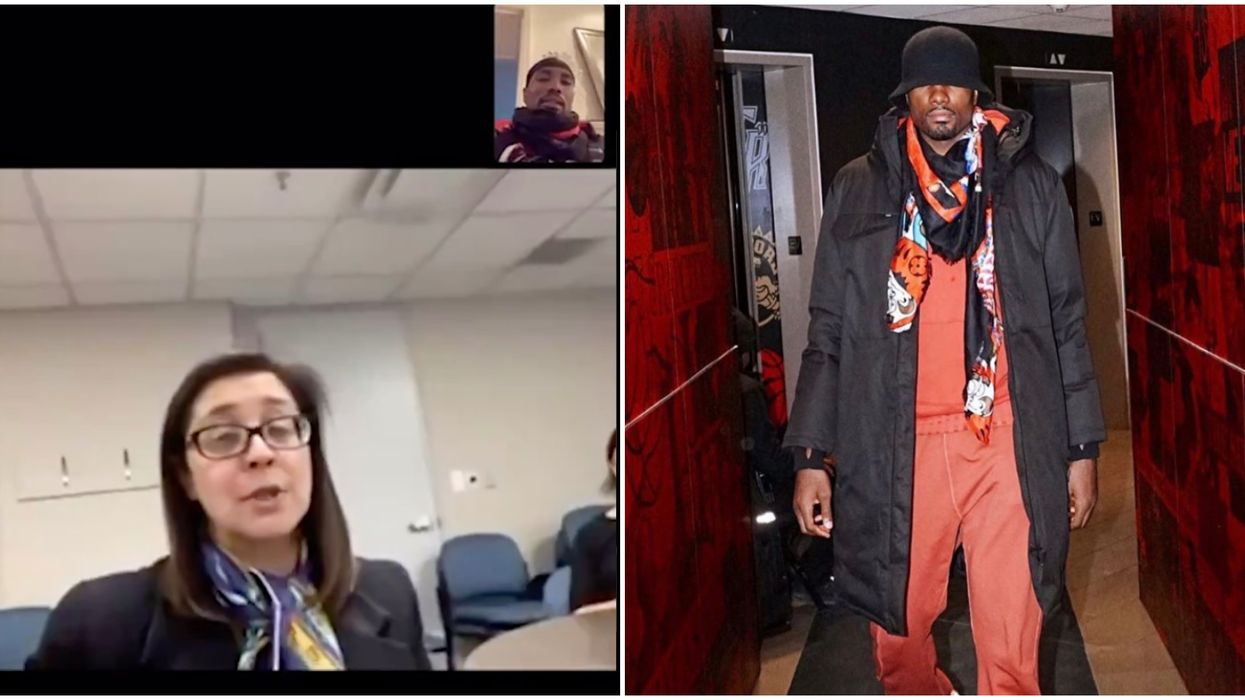 People are turning to just about anything to get them through self-isolating. For Toronto Raptors player Serge Ibaka, a scarf will do the trick. He wore one to match another scarf superstar, Toronto Medical Officer of Health Dr. Eileen de Villa, during a FaceTime conversation.

Ibaka decided to check in with Toronto health officials during an installment of his video series, How Bored Are You?

Shockingly, he begins the video with no scarf at all, until Dr. Vinita Dubey asks him where it is.

"You want to see my scarf?" Ibaka asks, before throwing on the colourful piece of clothing, "see? I always have my scarf. Always."

She even tells Ibaka that a scarf can be useful if people are feeling ill. It can act as a substitute face covering if people need to go to a clinic with symptoms.

After checking in with Fire Chief Matthew Pegg, Ibaka speaks with Dr. de Villa, who as expected, is also sporting her own lovely scarf.

She reiterates that the best things to do right now are to stay home as much as possible, only go out for essentials like groceries or medicine, and of course, wear your scarf.

Serge Ibaka ends the conversation by thanking everyone profusely, and promising to send them all autographed jerseys.

The Toronto Raptors star has become basically synonymous with scarves, and has made the fashion accessory one of his major trademarks.

He's even given his fans tips on how to wear their scarves like a pro.

That's on top of other videos he's done about home fitness and staying busy during self-isolation.

The NBA officially suspended its season after a player tested positive for COVID-19.

The Raptors were tested but none were found to have the virus. They were still ordered to self-isolate for 14 days.