Seth even Instagrammed the adorable gift. 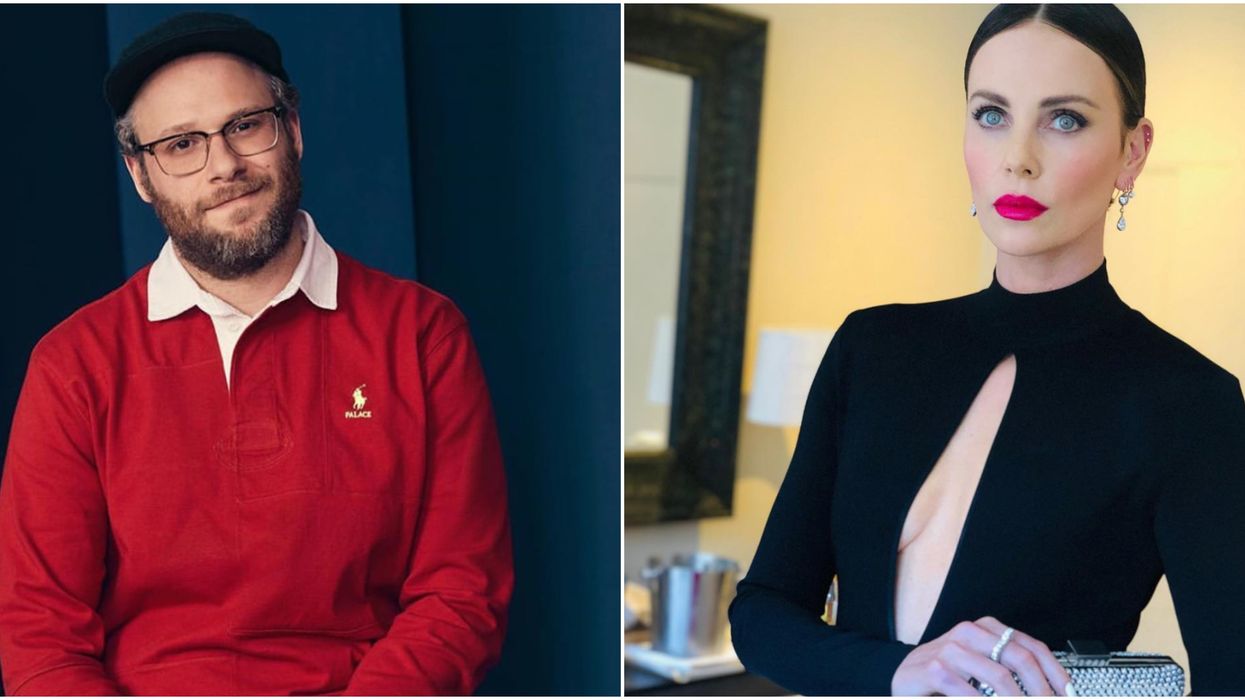 Even if you know absolutely nothing about Seth Rogen, I think we can all agree on one thing - the man is hilarious. No matter what role he takes on, he always does a phenomenal job of executing it and keeping us all laughing throughout the entire movie. Seth also happens to be incredibly funny off camera too, especially on social media. For instance, Seth Rogen Instagrammed a very Canadian gift from Charlize Theron.

Charlize and Seth are definitely two people you wouldn't picture hanging out together on a regular basis, but because they both recently stared in the film Long Shot, they've developed a pretty awesome friendship. As you may know, Seth is a Canadian, and Charlize picked him up the most hilarious gift to commemorate their friendship.

Just this afternoon, Seth posted the above photo to Instagram of an ashtray with an RCMP officer's head on it to Instagram, with a caption reading, "@charlizeafrica really gets me and that’s why this RCMP ashtray might be the ultimate gift. (Also go see Long Shot this weekend! It’s getting great reviews!)".

If you didn't know, Seth has always been open about his regular use of cannabis (he's even releasing his own line of all Canadian recreational cannabis), so what better gift for Charlize to get him than a Canadian ashtray?!

If you want to see more of Charlize and Seth's hilarious pairing, be sure to check out Long Shot. It's about a free-spirited journalist named Fred Flarsky (Rogen), who many years later, runs into his former childhood babysitter, Charlotte Field (Theron). Charlotte has become a savvy, sophisticated politician, and upon running into Fred, she decides to recruit him as her speechwriter.

The movie will be available in theatres as of May 3rd, but you can get a sneak peek in the Instagram clip below.