Couldn't think of a better time to learn something new! 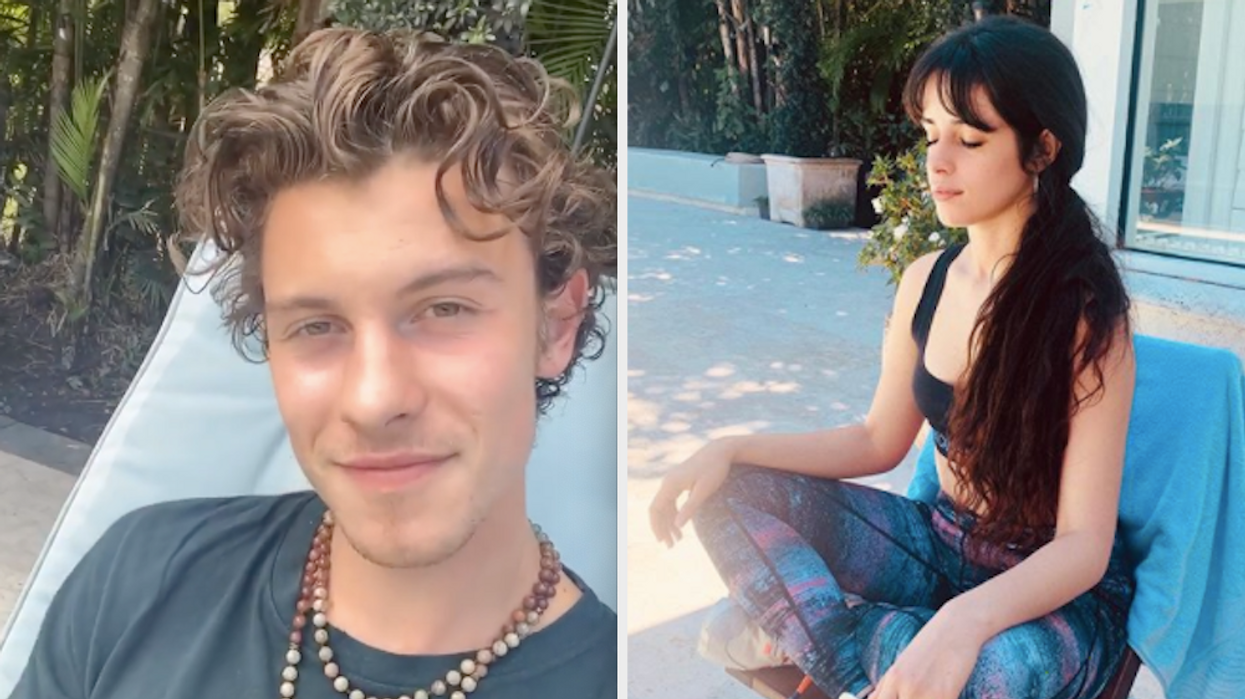 Check out these lovebirds! Shawn Mendes and Camila Cabello are teaching each other new skills while they social distance together in Miami. Their PDA adventures are back in business too.

Cabello told her Instagram followers yesterday that her boyfriend of eight months is using his guitar skills to help her learn.

Her photo shows half of her face hidden behind the neck of a guitar. She writes, "Shawn is teaching me this and I'm teaching him Spanish, in the words of dababy, LETS GOOOO".

The 23-year-old Cuban-American is also helping Mendes learn a new language since he comes from Canada where English and French are the main languages.

Earlier this week, the couple had an Instagram Live chat with fans where they hosted their own mini-concert as a part of the Global Citizen Together at Home series.

During the video, the two shared that they've been spending their time away from society with each other. Their downtime includes binge-watching the entire Harry Potter series from start to finish.

While that sounds like what everyone else is likely doing, the dynamic duo also got caught by paparazzi getting some fresh air together too.

According to Hollywood Life, they "were spotted kissing outside in Miami over the weekend".

A shirtless Mendes sported black swim trunks and black slides, while Cabello wore a maxi dress and flip flops. It also looks like they skipped out on the to-go coffee since they both had coffee mugs in hand.

Also this week, Mendes honed in his Canadian generosity and donated $175,000 to SickKids hospital in his hometown Toronto.

He announced the news with an Instagram post writing, "For the next month, all donations to The Shawn Mendes Foundation will go towards SickKids Hospital & relief efforts around the world by the @WHO."

The 21-year-old has also been using social media to share video messages of positivity to his fans during these difficult times.

Before quarantining together, Mendes was working on writing his fourth studio album. He recently wrapped up a world tour in December 2019.

However, Cabello just announced on Instagram that The Romance Tour set to begin in May is postponed out of "extreme precautions" for her team.