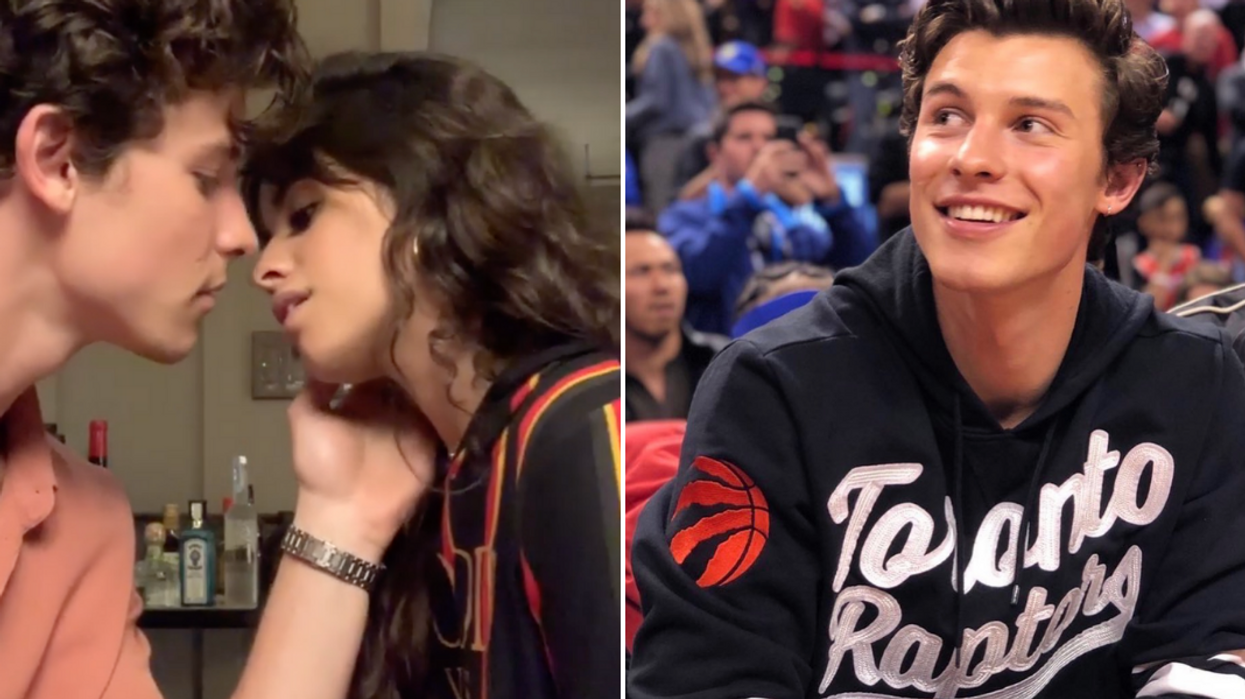 Last night was stressful enough with the Raptors facing former teammate Kawhi Leonard for the first time since he left the team.

So, when the cameras panned over to Shawn Mendes where he almost immediately began making out with Camila Cabello, it wasn't exactly what viewers wanted the camera to be focusing on.

Photographers also caught photographs of the couple in between shots on the jumbotron, and they couldn't help but show off their love the entire night.

With casual snuggles, cheek kisses, and forehead touches, we're wondering if they even had time to pay attention to the actual basketball game.

Fans of the couple, however, have been gushing about these photos all-day on Twitter, "Wow they look so happy and in love."

Another fan loved this moment so much that they want to frame the photos on their wall, "Can I frame all these photos and I will put them on the wall of my room..."

Despite his one questionable moment last night, it's always nice to see Canadian celebs who live in LA going out of their way to support their home team at games.

Aside from Shawn Mendes, Lilly Singh was also in the house repping the Raptors. She spent the night goofing around with the injured Kyle Lowry sitting courtside.