Even Shawn thinks it's hilarious. 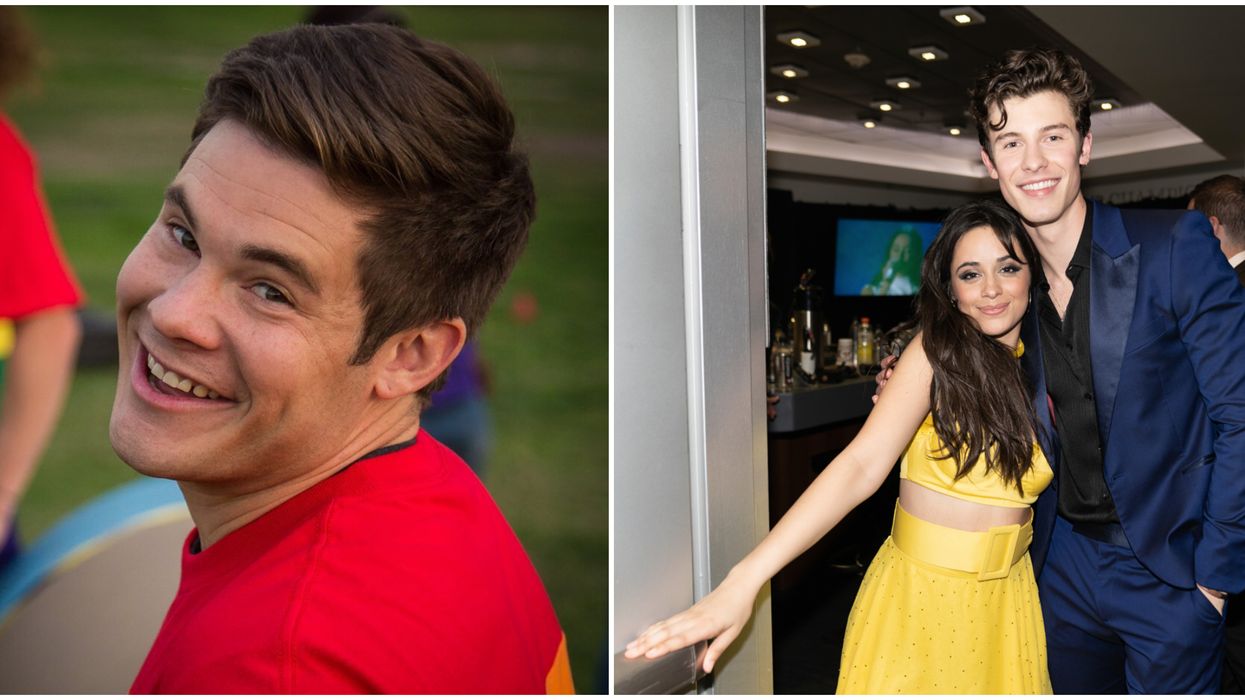 Anyone who's ever been in a relationship will tell you firsthand just how wonderful things are early on when you're in the "honeymoon stage". During this time, the two of you can't get enough of one another, and you don't care if people see you all over each other in public — you're just so in love. Even celebrities are guilty of this behaviour, and one celebrity couple, in particular, has caught the world's attention. Shawn Mendes and Camila Cabello's Raptors game PDA is being trolled by celebs.

If you watched the Raptors vs. Clippers game on Monday night, you may have noticed a few things. Firstly, the Raptors may not have won, but they did get to reunite with their former MVP, Kawhi Leonard.

Secondly, Grey's Anatomy star Giacomo Giannotti was in the crowd as well, loudly and proudly cheering on his fellow Canadians.

Lastly, and perhaps most obviously, Shawn Mendes and Camila Cabello were at the game as well, sitting courtside. Of course, people always notice celebs at games, but the fact that Mendes and Cabello were making out almost all night made them even more difficult to miss.

The pair have only been dating for a few months, so all the PDA makes sense, but that doesn't mean that their celebrity friends won't take the opportunity to poke fun at them.

American actor Adam Devine posted the above photo to his Instagram yesterday, comparing a photo of Cabello and Mendes at Monday night's game to a photo of him and his fiance, Chloe Bridges at a different game.

Ironically enough, the pair's outfits are incredibly similar, so Devine took the opportunity to work some comedy magic. "Month 4 of dating vs Year 4. #whoworeitbetter," he captioned the IG post.

Mendes clearly knows how to take a joke, as he commented "Lmfao incredible," on Devine's post. Other celebs, like Nick Kroll and Sarah Hyland, thought the post was hilarious as well.

Next time you're watching a Raptors game, be sure to look out for Mendes and Cabello sitting courtside — there might be another PDA session in store.