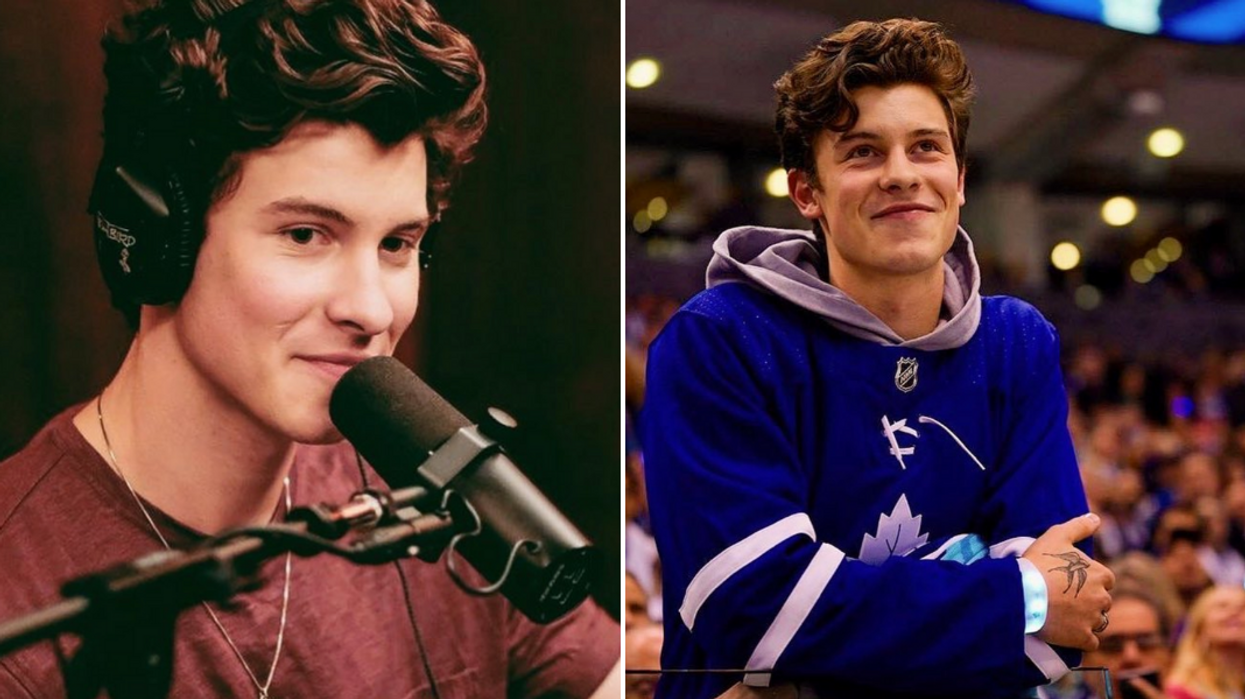 Being from Canada, whenever new Canadians rise to fame we're usually aware, especially because Canadian celebs are far and few in between all the Americans in Hollywood. When Shawn Mendes became one of the hottest celebs out there, he was automatically put up there amongst some of Canada's best: Drake, Justin Bieber, and Celine Dion. But the shocking truth is that Shawn Mendes' Canadian nationality is apparently not known to everyone internationally.

He was approached by TMZ on his way out from the gym and was asked what his Thanksgiving plans were. While America is getting ready to celebrate their Thanksgiving this week, Canadians celebrated theirs back in the beginning of October.

His response was, "No I'm from Canada, yeah" followed by him promptly rushing out of the elevator he'd been in with the interviewer.

The interviewer sounded shocked when he got the response he did, "Oh you're from Canada?" which can be hard to believe considering how patriotic Mendes has been in the past.

Not only has he shown his support for Toronto sports teams, but he also owns a condo in downtown Toronto.

Earlier this year, he also organized an entire Hometown Hero campaign with Tim Hortons that had Canadians walking around with coffee cups featuring the singer for weeks.

He also performed his first hometown stadium show this past summer.

The show featured basically a sidewalk part outside with a Tim Horton's food truck, a Roots popup, and a special opening performance by fellow Canadian Alessia Cara.

Maybe now that it was confirmed by TMZ, Shawn Mendes' citizenship won't come into question anymore!