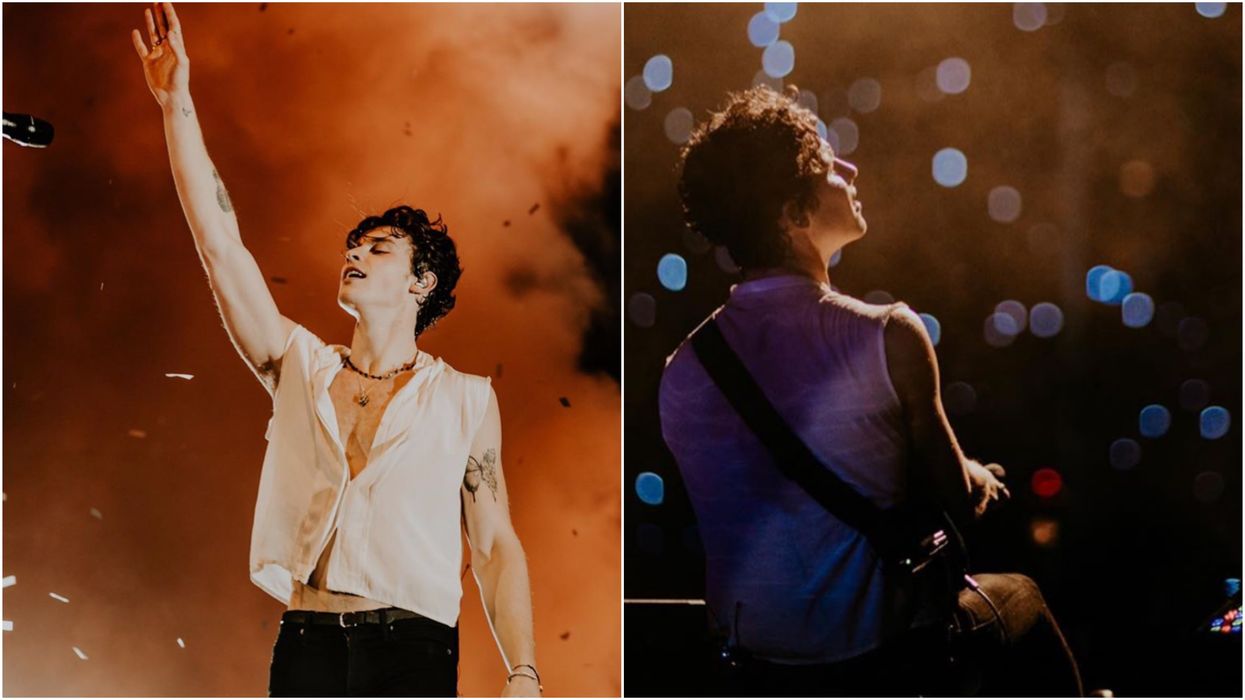 Shawn Mendes is Canada’s sweetheart, and he’s been making his fans extra-proud recently. Mendes is currently travelling the world on his headlining tour, and he’s playing to thousands of people in over a hundred shows. Despite his busy schedule, he’s shown that he’s not forgotten the world's climate crisis, and Shawn Mendes' secret climate message at his Brazil concert is super important.

Since the beginning of 2019, Canadian-superstar Shawn Mendes has been travelling the world as part of his huge headlining tour.

While Mendes has certainly had a busy year so far, after becoming the face of Tim Hortons' fall cups and starting to date Camila Cabello, he proved last night that he hasn't forgotten what’s going on in the rest of the world.

During a special show in São Paulo, Brazil, last night, Shawn Mendes drew attention to the world’s climate crisis, by sharing a secret message that had been hidden on his guitar.

In an Instagram post on Saturday morning, Mendes shared a series of photos from his concert in Brazil, writing, “São Paulo you are unbelievable. Magical & strong!!! See you again tonight.”

In one of the pictures, Mendes can be seen holding up his guitar to the crowd, which held an important message on the back.

The sign read, “Climate Action Now,” which is the phrase used by activists and campaigners to demand stronger action on the climate crisis from world leaders.

In response to Mendes' post, singer Lukas James wrote, "You are the man Shawn. This first pic is iconic."

The activism charity DoSomething added, "Thank you Shawn Mendes for literally using your platform for good. Prince of activism and social change!"

A fan also responded to say, "This is everything. Thank you Shawn."

This isn’t the first time that Mendes has publicly shown his support for fighting the climate crisis, both in Canada and worldwide.

Earlier this year, when 16-year-old climate activist Greta Thunberg was in Canada marching for climate action, Mendes took to Twitter to share his support for the cause.

Posting a link to the Global Climate Strike website, he wrote, “Together we can and will change the future of our planet. #ClimateStrike starts today x.”

Mendes will perform in Brazil once again on Saturday night. It remains to be seen whether he’ll have any more secret climate messages up his sleeve!