Canadians Think Shawn Mendes Is The Raptor's Shiny New Good Luck Charm (& Drake Is Like, Whatever) 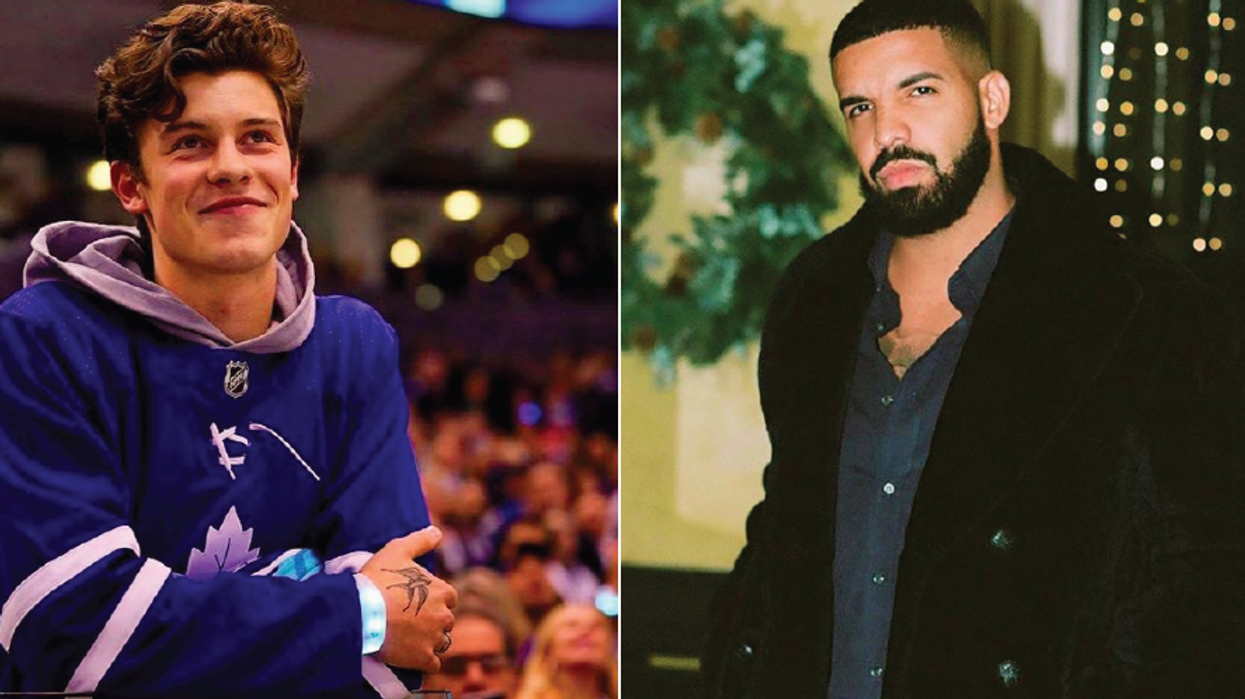 If you're a fan of Drake, then you'd know he's a huge Toronto Raptors fan. He's at a ton of games and pretty much goes whenever he's home in Toronto. It wasn't a surprise to fans when they saw him on Saturday at Game 1 against the Philadelphia 76ers. However, fans were surprised to see someone else in the crowd. Shawn Mendes is the new Toronto Raptors good luck charm.

Maybe you're also a huge Toronto Raptors fan. Or maybe, like me, you're a Shawn Mendes fan. Either way, the two collided on Saturday during Game 1, and fans really do think Shawn Mendes is taking over Drake's title as a good luck charm. We're not mad about it.

While Shawn was in the stands watching the game, Drake was (obviously) in his front-row seat as usual. The Raptors ended up winning, and it's being said that it's because Shawn was there cheering on the team. However, Shawn and Drake weren't the only celebrities at the game on Saturday!

Elisabeth Moss from The Handmaids Tale was also in the crowd. Maybe because so many celebrities were in the crowd that the Raptors felt pressure to win? Whatever the motivation was, we're here for it.

Shawn seems to be all about the sports lately. He recently challenged Justin Bieber, who is a fellow Canadian, to a hockey game. We would love to see that, thank you. He also was seen hanging out with another Canadian, Winnie Harlow, last week. Maybe he's trying to get back to his Canadian roots after being on tour in Europe for so long.

Fans noticed Shawn was there after his face was shown on the big screen at the game. He looked super shy while the screen read "Grammy-nominated Canadian singer & songwriter". You can see the video below.

So, do you think Shawn Mendes is the new Raptors good luck charm? He probably won't be at every game because of his busy schedule, but fans on Twitter definitely see him as such. The Toronto Maple Leafs also won back in October when Shawn was there, so it's probably not a  coincidence.