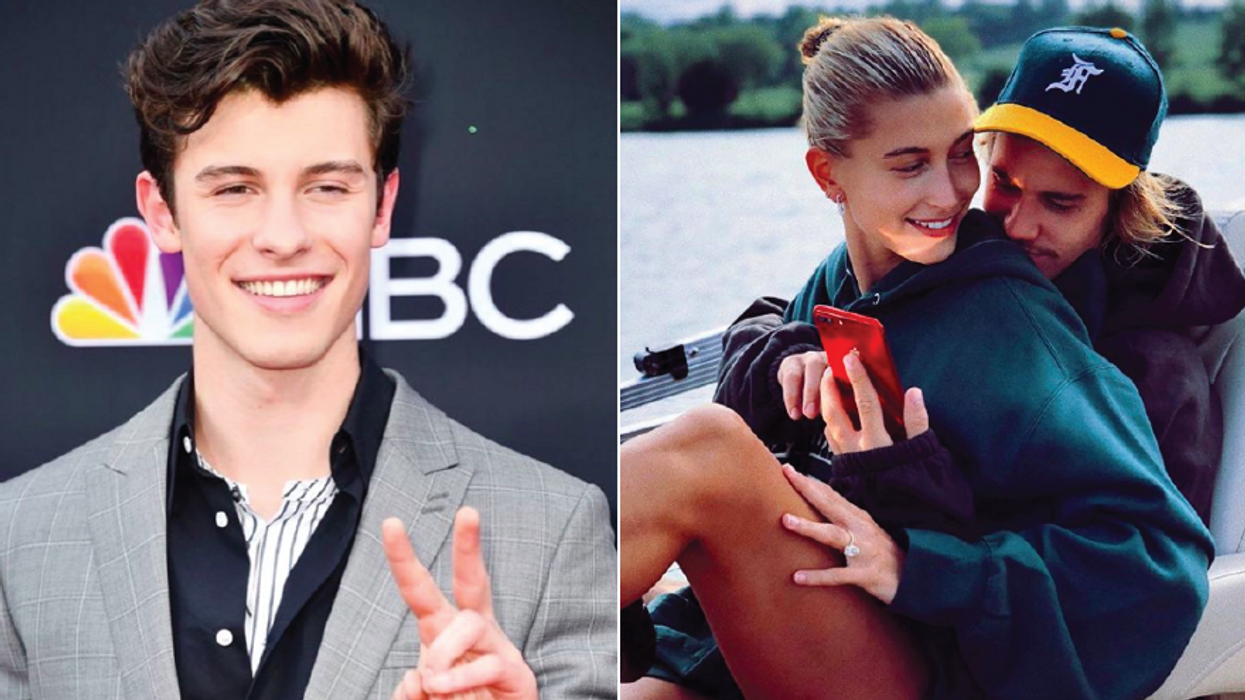 Ah, remember when times were simple and we were all just trying to figure out if Shawn Mendes and Hailey Baldwin were dating? They were seen cuddling multiple times, they casually went on a date to the Met Gala, and they spoke out about each other a few times insisting they were 'just friends'. Well, that ended and right away, Hailey and Justin Bieber got back together. Well, Shawn Mendes liked a photo of Hailey Baldwin and Justin Bieber had something to say about it.

We all know that Shawn Mendes is the nicest guy around. From standing in line taking photos with fans for hours, to even congratulating Hailey publicly on her engagement to Justin, it just doesn't get any sweeter than that. So fans freaked out (obviously) when Shawn liked a photo of Hailey that Justin posted.

Why? Well, I guess you could say it's weird since they're exes, but Shawn has mentioned that he and Hailey were never official and just in a state of limbo. Also, Shawn and Justin are friends, so it's really not that weird. But Justin Bieber did react to him liking the photo of her.

As you can see from the post above, the photo that Shawn liked was a paparazzi photo that Justin reposted of Hailey in her car. Weird? Not sure, you tell me. But in true Canadian fashion, Justin stood up for his wife and Shawn and said: "They're friends relax". Everybody calm down!!!!!

READ MORE: All Of Hailey Baldwin’s Instagram Comments Are Ruthlessly Telling Her Justin Bieber Made Her Famous

While I'm sure Shawn meant no harm liking the photo of Hailey, of course, fans freaked out over him. Haven't we learned that liking Instagram photos means nothing these days? I mean, Tristan Thompson still likes Khloe Kardashian's photos, but don't even get me started on that.