@justinbieber, do you accept? 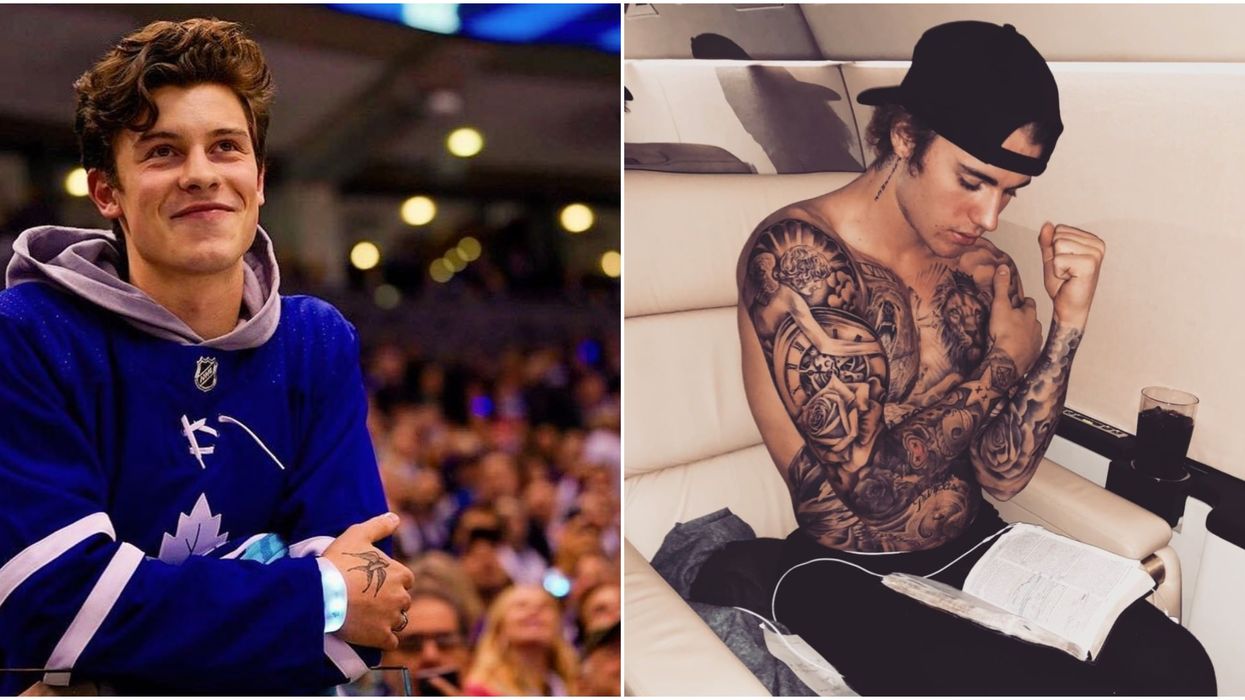 As a Canadian, there's nothing worse than when people from other countries make fun of all of our stereotypes. People seem to think we spend our days building igloos, playing hockey, and saying things like "eh" and "aboot". How many Canadians do you know that actually do those things? Probably none. Since we spend so much time denying these stereotypes, there's nothing worse than when someone proves them to be true. For example, Shawn Mendes challenged Justin Bieber to a game of ice hockey and it's so Canadian.

If you follow Shawn on Instagram, you may remember last week, when he posted a photo granting him the title of "Prince of Pop". Of course, Justin Bieber quickly responded to the photo, sparking rumours of a Canadian pop-star bromance between the two. Justin suggested that he and Shawn play a quick game of puck to see who really is the prince of pop.

Just yesterday, Twitter account @DailyMendesLife posted a video of Shawn answering some questions from fans. Of course, the fans wanted to hear what Shawn thought about Justin's comments. When asked about the situation, this is what he had to say:

"The rumor is that he wants to play me in ice hockey. I would say rn he's the better hockey player, but a few weeks of practice would change things... it wouldn't take me very long to be able to step up to his level I think. That was a challenge @justinbieber!" pic.twitter.com/CmhmNGa9vA

Clearly, Shawn has heard Justin loud and clear, and it seems like he'd be more than happy to lace up his skates and play a game of hockey. Guess we'll have to wait and see if Justin accepts the challenge to find out who really gets to call themselves the prince of pop.