Would you pay that much? 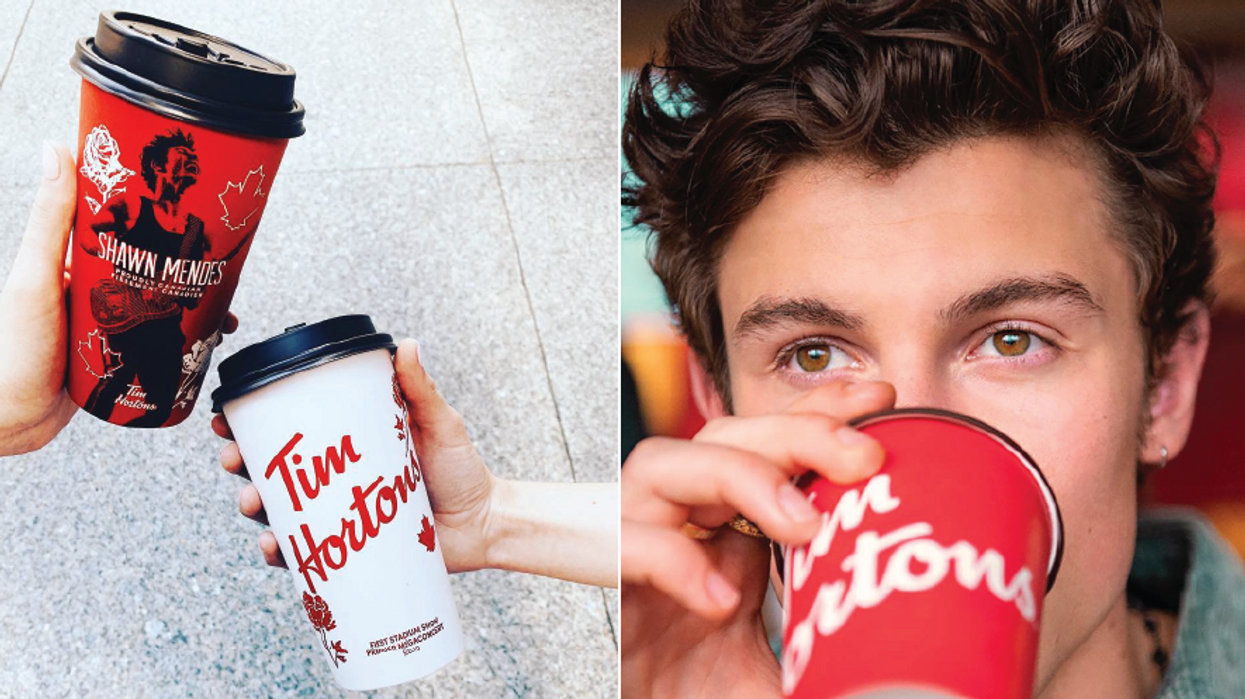 About a month ago, it was announced that Canadian singer and songwriter Shawn Mendes would collaborate with Tim Hortons on limited-edition cups. These cups pretty much broke the internet, as fans scrambled to find them before they sold out. Unfortunately, you can't find the cups at your local Tim Hortons anymore, but Shawn Mendes' collab with Timmies may not be gone forever.

If you weren't aware, Shawn Mendes' collab with Tim Hortons came at a pretty special time for the singer. Mendes was about to play his first sold-out stadium show in Toronto, which is his hometown. This collaboration was not only special for Mendes, but for his fans as well. In fact, so many fans tried to find the cups and couldn't, so they made their own.

Narcity Canada broke the news that these Tim Hortons cups, as well as reusable cups, would be available starting Friday, August 30 until his concert on September 6. That was over a month ago, and fans are still begging Timmies to bring them back (as well as the old lids).

If you're a big Shawn Mendes fan like most of Canada and didn't snag a cup when they were available, there may be another way for you to get one. However, you may have to fork out a couple of hundred bucks. If you look on eBay, you can see that when you search "Shawn Mendes Tim Hortons cups", a lot comes up. But what you'll definitely notice is the price that the cups are going for.

From the photo above, you can see that the limited-edition ceramic travel mugs are going for $250. Plus, shipping will cost you $17.94 and there are no returns. Whether you find this worth it or not, it just goes to show how much some Canadians will pay to give Shawn Mendes their love.

This wasn't the only collab Mendes had ahead of his iconic Toronto concert. Outside of the Rogers Stadium where he was playing, his Roots x Shawn Mendes line was being sold for fans to purchase. Of course, it featured Shawn's theme of roses, and the outside of the venue had a rose garden with over 10,000 roses.

If you missed out on the chance to buy one of Shawn Mendes' Tim Hortons mugs, you can view the ever-expensive one on eBay here. The good news is that his Roots x Shawn Mendes clothing line is still available, and you can purchase the items here.