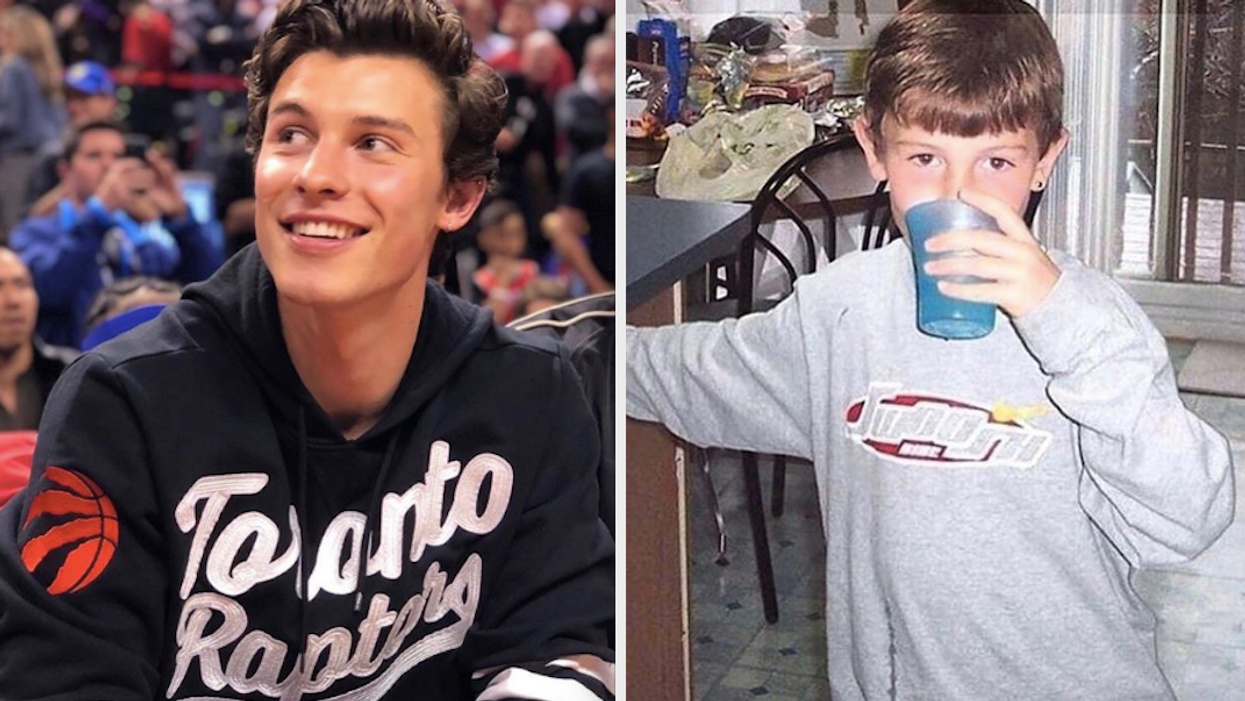 It might seem like Shawn Mendes rose to fame overnight but the Canadian singer and songwriter has actually been sharing his talent online for over six years. He got his start with posting covers on his YouTube channel at just 15-years-old. Today, he's a superstar who's currently travelling the world on his third headlining tour, playing to thousands of people in over a hundred shows. Luckily, he hasn't let fame get to his head and Shawn Mendes' Toronto upbringing is why he's so down to earth now.

Born in Pickering, Ontario on August 8, 1998, Mendes comes from a small family of four with parents Karen and Manuel and younger sister, Aaliyah.

According to his IMDb page, his parents both have normal careers and backgrounds. His mom, who has English roots, is a real estate agent, and his Portuguese dad is a businessman.

Mendes went to high school at Pine Ridge Secondary School during which he started his YouTube channel. While he was there, he played hockey and soccer and even joined the theatre club where he got his first stage role as Prince Charming. He graduated in 2016.

According to an article from Seventeen, the Canadian singer actually auditioned for the Disney Channel, but then got too nervous to remember his lines.

The 21-year-old's very first YouTube video, which has over 1.7 million views, was posted in June 2012. It's a cover of Adele's Hometown Glory, alongside his friend named Danielle who played the piano.

You may have first seen Mendes' singing skills on the app Vine where he was known for posting six-second clips of song covers which were a hit and got him tons of attention and new fans.

But Vine was created in 2013, a year after the "In My Blood" singer started his YouTube career.

As of right now, Mendes' most viewed cover is One Direction's "Drag Me Down" which has 15.8 million views and was posted four years ago.

Mendes' IMDb page also notes that he was discovered in January 2014 by talent manager, Andrew Gertler, who worked for Island Records. A few months later, "he eventually signed and released his first single "Life of the Party" in June 2014".

The "Señorita" singer posted an Instagram photo earlier this month to celebrate his manager's birthday and wrote, "You somehow always seem to have beautifully sound advice for me no matter the problem and I look up to you like a big brother."

Mendes still honours his Canadian roots and definitely has love for his little sister who he shares old photos and videos of on Instagram.

He even posted a campaign with Tim Hortons this past summer showing off love for his hometown in Canada.