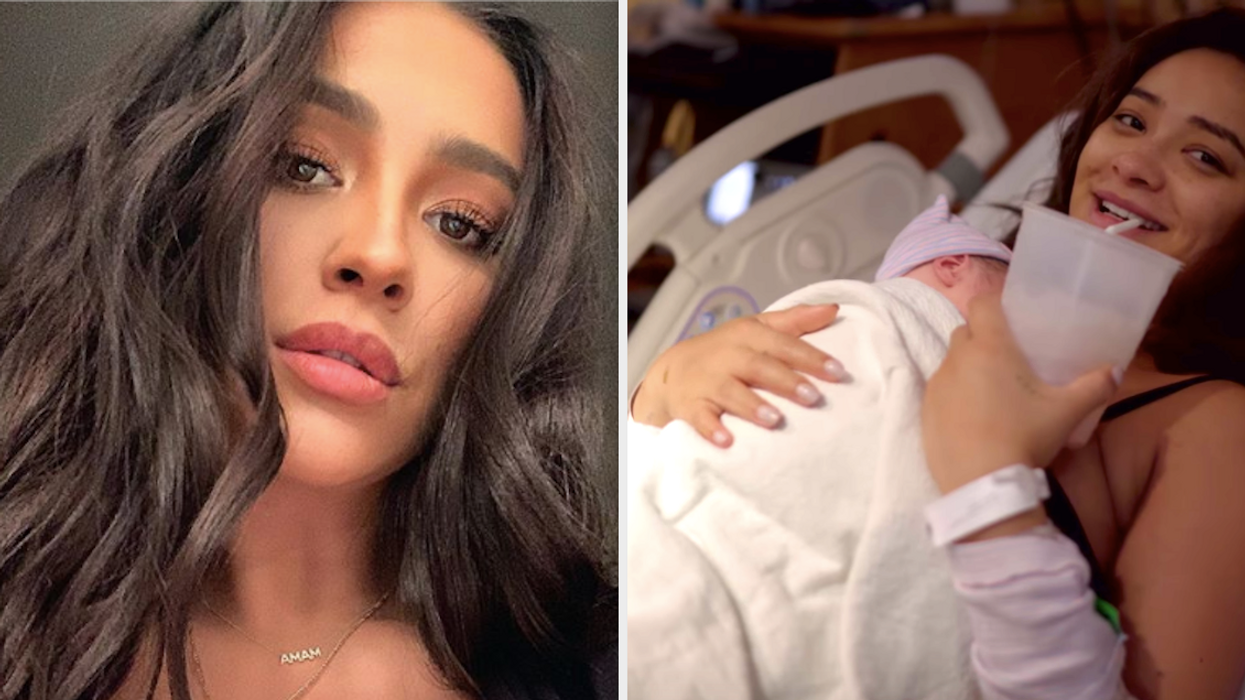 One of the biggest changes a woman can face in her life is entering motherhood. It's an incredible feeling of unconditional love and squishy face kisses, on top of the messy parts of dirty diapers and potty training. Tons of female celebrities in Hollywood have conquered starting a family including Shay Mitchell who gave birth to her daughter, Atlas, a little over a month ago. But she hasn't let being a new mom stop her from living her best life, which is why Shay Mitchell's adjustment to motherhood is really impressive.

She Responded To Haters Who Mom-Shamed Her

Mitchell posted an Instagram story of her and boyfriend, Matte Babel attending Drake's birthday party in late October, but a lot of people weren't happy to see her out so soon after her baby's birth.

But she clapped back pretty quickly in an Instagram video that showed her scrolling through the comments and clarified that she didn't leave her baby three days after her birth as many speculators assumed.

Mitchell proved she's a super mom last month with an Instagram video showing her working with her daughter in a cot beside her. She was doing work from her bed and called it her "new office", and it's pretty impressive that she manages to get work done with a tiny baby who needs constant attention.

Her One Month Update Of Her Daughter Was So Unique

Tons of new moms post month by month updates of their growing babies and there are pretty creative ways of doing it. Some choose to take photos based on the season, but Mitchell posted a photo of her one month old beside one slice of pizza. A user commented, "Aww is there going to be a pizza slice added each month?" and Mitchell responded with a winky face, hinting at what she has planned.

She Pokes Fun At Her Changing Body

Mitchell recently posted an Instagram photo and captioned it, "technically had one baby but kinda ended up with twins" with a wink face. She was referencing the fact that her boobs got bigger through pregnancy and childbirth, and doesn't seem to let the changes get her down.

Just yesterday, Mitchell posted a photo of her daughter's first plane ride on their way to visit her family. She recently shared that they are celebrating American Thanksgiving in Vancouver where her grandmother lives. She also accompanied the photos of Atlas with an impressive pun.

She's Already Back In The Gym After Childbirth

By now, it's clear that nothing can stop Mitchell from enjoying her life as a new mom on top of being an entrepreneur, actress, and model. Page Six reported that she posted an Instagram story earlier this week with the words "guess whos allowed to work out now..." on the bottom of the photo. The amount of energy and motivation she has is honestly inspiring.