They're seriously the cutest couple. 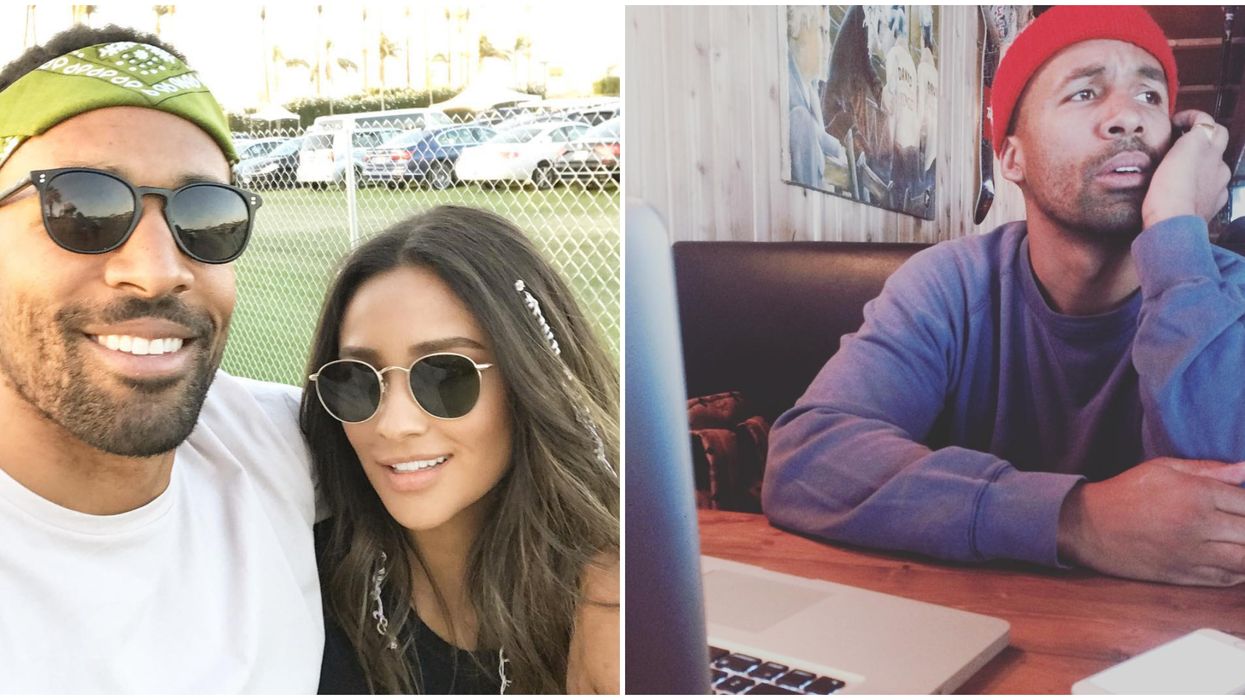 When you're a celebrity, pretty much your entire life is in the public eye. People scrutinize your every move, blowing up your Instagram with comments and likes, and sharing their opinion of you, whether it's wanted or not. With so much attention, it's understandable to want some privacy every now and then, especially when it comes to the important things in your life, like your relationship and your family. Canadian actress Shay Mitchell has been appearing on TV for years, and as it turns out, she's also had a boyfriend for years, although she's kept that part of her life hidden pretty well. Shay Mitchell's baby daddy Matte Babel is Canadian too.

When Mitchell broke the internet with the news that she was pregnant, people obviously began to wonder who the father of her unborn child could be. Hardcore fans of the actress are probably familiar with the heartbreaking story of her miscarriage from a couple of years back and were relieved to find out that she was happily expecting a child with the same partner from that time, Matte Babel.

Although Babel isn't as well known as his girlfriend, he's definitely a celebrity in his own right. Here's everything you'll want to know about the father of Mitchell's new baby girl:

The couple was first linked by the media in January of 2017, although they had been quietly dating for a few months before that. The couple keeps their relationship pretty lowkey, with Mitchell appearing on Babel's Instagram every now and then. He also makes regular appearances on her YouTube channel, most notably in her Almost Ready series.

Babel was born on October 13, 1980, making him 38-years old. Mitchell, who was born on April 10, 1987, is 32-years old, putting a six-year gap between them. Despite the slight age difference, they still know how to have a super fun time together.

He works in the entertainment industry

Over the years, Babel has worked for a ton of notable outlets including Entertainment Tonight Canada and MuchMusic. He also acted in two episodes of Degrassi: The Next Generation and is involved with entertainment management companies like DreamCrew and Ransom Music Group.

Babel was born in Toronto, Ontario, which is not too far from Mississauga, where Mitchell was born. He's stayed pretty true to his Canadian roots throughout the years with his work in our countries' entertainment industry.

Babel attended Wilfrid Laurier University, where he graduated with double Honours in Sociology and Communications. On top of all that studying, he also played varsity football and basketball during his years at WLU.

One perk of being a TV host? You get to meet a ton of the coolest celebrities, like fellow Canadian and Toronto mans, Drake. Babel posted the above IG photo of them back in 2015 and captioned it, "Sith Lord x Six Lord."