It goes so well with her name too! 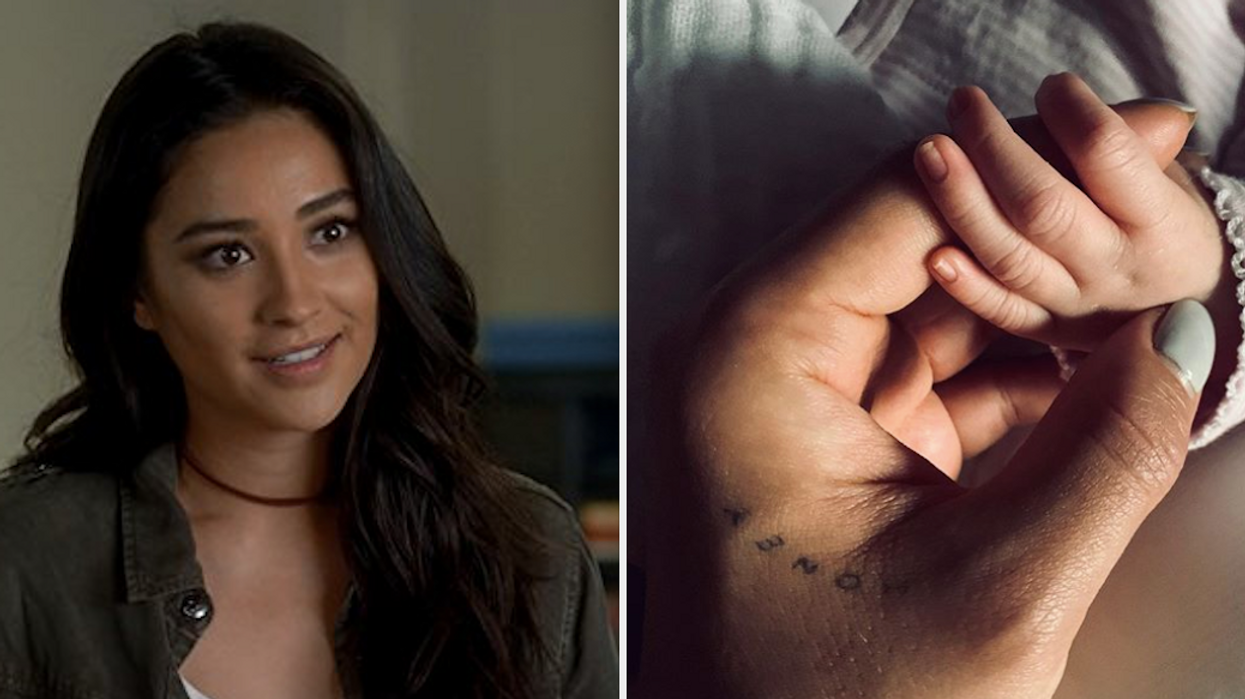 Last month, Shay Mitchell shared the wonderful news of her daughter's birth and the internet was elated with the baby's safe arrival into the world. At first, she didn't share many details beyond the sweet photo of her holding the tiny baby's hand in an Instagram photo. But then in her YouTuber fashion, she documented the whole birthing process on her channel and fans got to see more into her 33-hour long labour. And now we're just waiting on an official photo of the baby and another important detail. Shay Mitchell's baby name has not been revealed but fans want this name in honour of her Pretty Little Liars character.

Mitchell first announced her pregnancy in June with a professional photoshoot of her and her new baby bump. And a few weeks later, she started documenting her pregnancy process in a series she called "Almost Ready" on her YouTube channel.

From the moment Mitchell announced her pregnancy, and even more so after the gender of her baby was revealed, fans flocked to Twitter to share their recommendation of the perfect baby name. People want Mitchell to name her daughter after her Pretty Little Liars character, Emily Fields.

Of course, it would make perfect sense to name her daughter after a character that holds a huge place in her heart.

The recommendations started literally the moment her pregnancy was announced. When Pop Crave tweeted the news, one Twitter user wrote, "she better name that baby Emily if it's a girl" which got quite a few likes of support.

Then a few days later, another user wrote, "If @shaymitch doesn’t name her baby Emily I’m gonna be hella disappointed".

When Mitchell tweeted the link to the first episode of her "Almost Ready" series, a couple of users also took the opportunity to share baby name recommendations in preparation for her daughter's arrival.

And a few days ago, Mitchell tweeted a response to someone who shared an adorably hilarious photo of her as a baby, and another user responded to her saying, "Please name your baby Emily" with the heart eyes emoji.

Hopefully, Mitchell put the name Emily into the mix of possibilities while she was pregnant. She might even choose to keep the name private like her Pretty Little Liars costar, Troian Bellisario, who revealed her daughter's name over a year after her birth.

We'd even be satisfied if the baby's middle name is Emily but only time will tell when we get to officially meet the little girl.