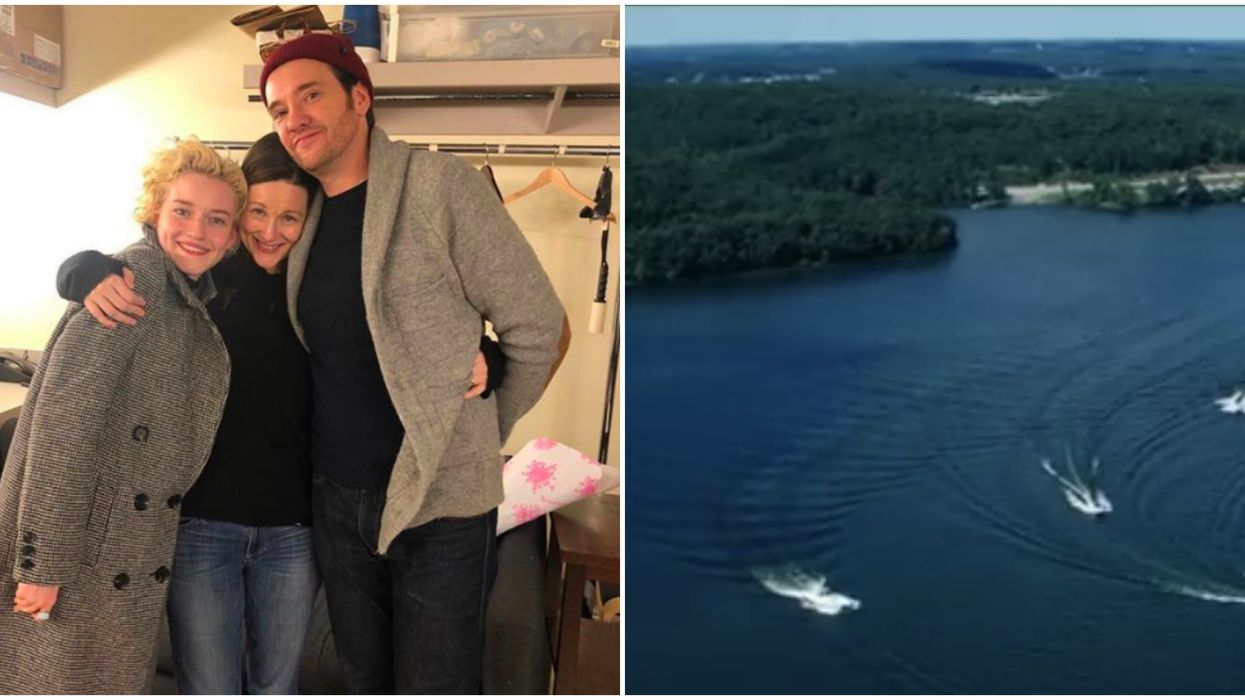 Ozark is finally coming back with its third season and the official release date was just announced. On March 27, the long-awaited continuation of the intense drama will put an end to fans' anticipation. Of all the shows and movies filmed in Georgia, this series is definitely one of the most watched and it pays homage to the beautiful Peach State.

Some might compare the Netflix original drama Ozark to Breaking Bad. Jason Bateman plays Martin "Marty" Byrde, a protective family man and financial planner, who relocates his family to the Ozarks while fighting a battle against money laundering and drug scandals that have swept him into a whirlwind of a nail-biting catastrophe.

Narcity won't spoil anything for you in case it's still sitting in your watch list, but we can reveal that this hit show is filmed right here in Georgia.

Savannah has been a hot spot for filming Ozark scenes in the past. The crew has been spotted shooting on the iconic River Street and many parts of the show pay tribute to several locations throughout the state.

Lake Lanier, the film's primary production site, has been featured in previous seasons and you can see its calm, sparkling waters in a brand new trailer for season three, released yesterday.

The teaser also showcases the serene suburban back roads surrounded by towering, green forest that can be found encompassing the lake.

You can even go on your own scavenger hunt to explore some of these film sites. How many Georgia locations can you spot in the next season? Only a few short weeks until you're able to find out.

In addition to Jason Bateman roaming the streets of GA, you can also keep your eyes peeled for other celebs filming productions here including The Rock, Millie Bobbie, and many other stars.