Unless you added ketchup chips, too. 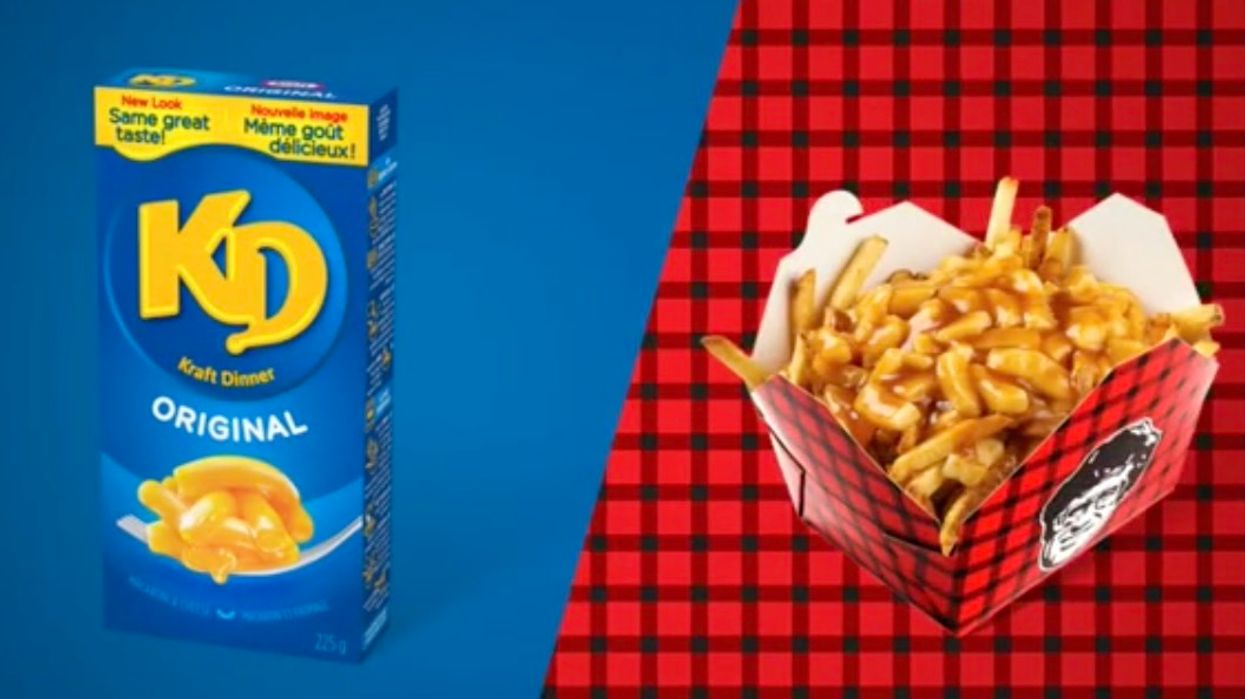 With so many foods that represent Canada, which ones come to mind first? For most people, it might be poutine. For others, though, it might be the nostalgic rush of Kraft Dinner. Luckily, Smoke's KD Poutine combines both flavours into one delicious combo.

Sure, purists might reject the idea of anything other than gravy and cheese curds atop their french fries, but more adventurous enthusiasts would probably love to try anything that combines childhood memories with modern favourites.

If you think that this idea from Smoke's is nothing more than boxed mac and cheese piled on top of normal poutine, then you would be sorely mistaken.

There are actually three different varieties to try, and all of them offer something a little bit different.

The KD Cool and the Buffalo Ranch can satisfy almost any snack craving all at once. First, you've got fried chicken bites tossed in buffalo sauce, then cool ranch Doritos and green onions piled on top of KD and the classic french fry dish.

By the way, anyone who has never crumbled Doritos on top of mac and cheese hasn't truly lived, and the fast-food chain apparently knows that.

Not in the mood for chicken? Don't worry, they have your other meat bases covered as well.

The BBQ Bacon Mac version doesn't mess around. It delivers exactly what it promises: bacon, barbecue sauce, and of course the pasta.

Once again, they seem to be diving into classic KD combinations that people probably made themselves.

Of course, for the ultimate in Canadian flavours, you have to go with the most ambitious of these blends: the Mac N' Cheeseburger.

Sure, you could always go with the stripped-down, everyday version of poutine (which is still delicious, of course), but why not push the Canadian factor to the next level?

Eat any of these while wearing a toque and holding a hockey stick and you might just automatically become the next Prime Minister (no guarantees on that).