Texas' Hot Weather Is Bringing Out The State's Most Dangerous Snakes

Be careful out there. 🐍 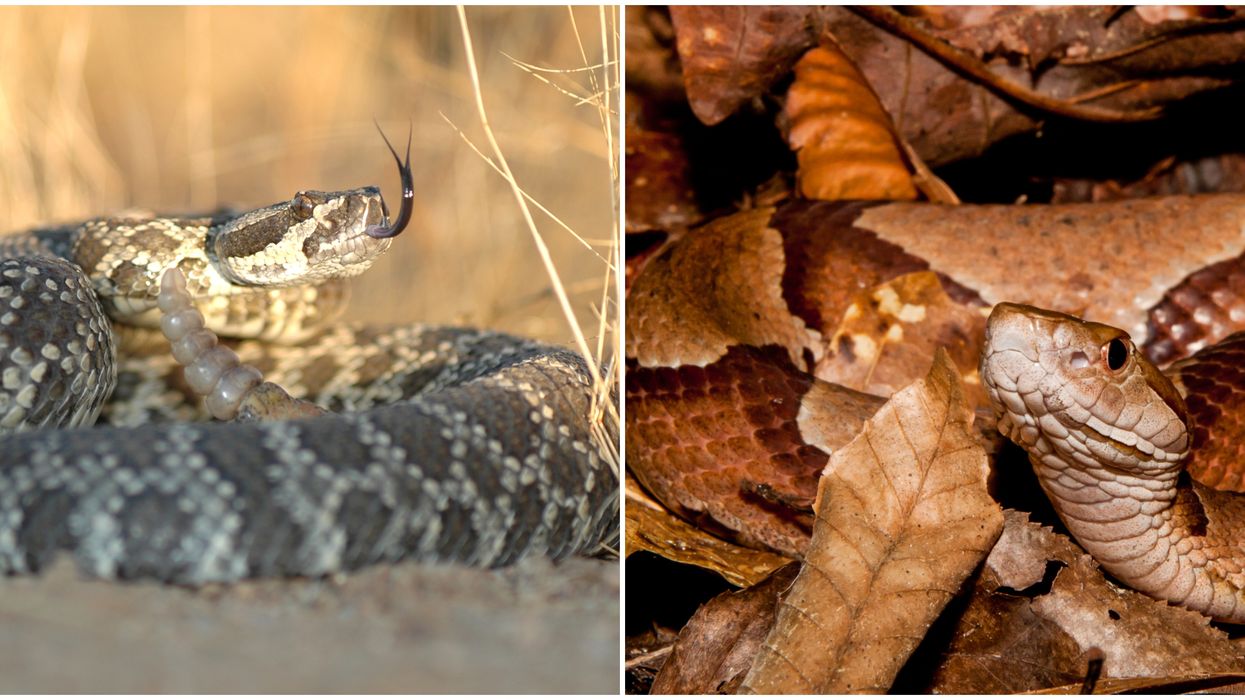 Now that the Texas temperatures have crept into the 90s, the thermostat isn't the only thing on the rise. Snake sightings in Texas have shot up thanks to the same weather that makes Texans want to jump into the nearest body of water.

According to NBC Dallas Fort Worth, "...local snake experts and snake removal services are reporting an uptick in sightings of snakes, including some that are venomous."

North Texas is just one part of the Lone Star State that is being affected by this wildlife.

Central Texas is being hit with sightings just as hard, as noted by KVUE.

In fact, there was even a sighting of one scaling a tree in a neighborhood in Hutto, near Austin.

This just proves that you don't have to go to your nearest state park to encounter a creepy-crawly of sorts.

Some common snakes Texans will spot are cottonmouths, copperheads, and rattlesnakes.

The list goes on and on and ranges from nondangerous to extremely venomous.

Though getting close enough to find out which snake you have spotted is not recommended. It's always better to be safe than sorry when it comes to these guys.

NBCDFW spoke with a snake expert who informed them that "there are no more snakes this season than last year but with more people out and about than usual, the more chances there are for a human and snake to cross paths."

With Texans starting to get out more often than they have been in weeks, it's likely more and more encounters will take place.

So the next time you're out exploring one of Texas' many state parks, or on a stroll through your neighborhood, keep your peepers peeled for scales.

As the warmer weather continues to rise, so will the snakes in your area.