Support for the Liberals remains strong despite the new report. 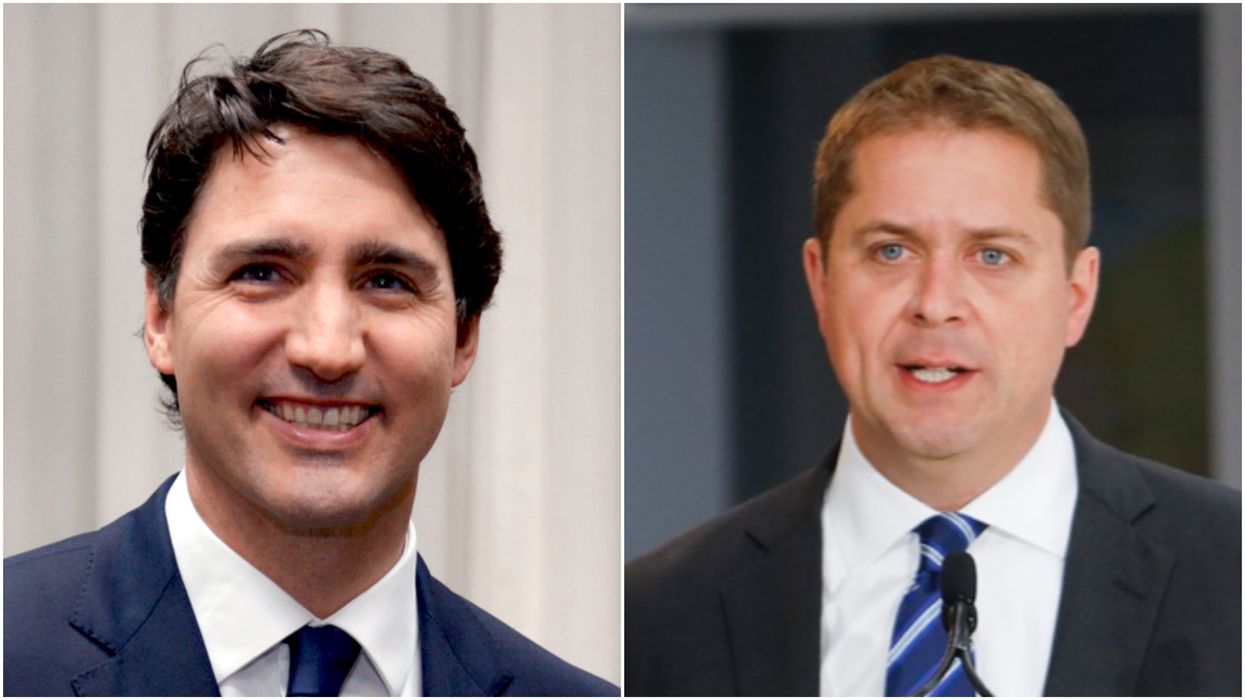 On Wednesday last week, a report from Ethics Commissioner Mario Dion found Justin Trudeau to have breached Section 9 of the Federal Interest Act, due to his involvement in the SNC-Lavalin scandal. When this news broke, one of the first questions asked by Liberals and Conservatives alike was, ‘how will this impact October’s federal election?’ The answer, according to one study, is: it won’t.

A new poll from Leger has found that, despite Mario Dion’s damning report last week, support for Justin Trudeau and the Liberal Party has remained pretty consistent. However, it seems the same cannot be said for Scheer’s Conservatives, as the Leger poll unveiled a three-percentage-point dip in their support since July 25.

The online survey was conducted between August 16-19, just days after Justin Trudeau’s involvement in the SNC-Lavalin scandal was detailed in Mario Dion’s report. Despite the potentially-harmful nature of the scandal to Trudeau’s chances of re-election, it seems Liberal supporters are not turning their back on the Prime Minister.

The Leger poll reveals that the two leading parties are back in a “neck-and-neck” race, exactly where they stood back in February, prior to the SNC-Lavalin scandal first breaking. The research found that the Liberals remained firmly ahead in Quebec, Ontario, and B.C., while the Conservatives held a solid lead in Alberta, Manitoba, and Saskatchewan.

According to the report, the Conservatives are suffering from a “spillover effect” in Ontario, thanks to the unpopularity of Doug Ford’s Progressive Conservative government. In the province, which is home to more than one-third of the seats, the Liberals hold 38 per cent of support, while the Conservatives have 30 per cent, the Green’s 14 per cent, and the NDP’s 13 per cent.

Speaking to Global News, Leger executive vice-president Christian Bourque explained that the Canadian public largely seems to have put the SNC-Lavalin affair behind them. “I think that those who changed their mind on the PM and turned their backs on him did that in the spring already,” Bourque said.

This comes as Conservative leader Andrew Scheer continues to bash Trudeau on his social media channels, causing some Canadians to accuse him of being ‘obsessed’ with the Prime Minister. Despite Scheer’s attempts to revive the SNC-Lavalin controversy, Bourque believes the Canadian public have bigger things to worry about.

He said, “[Canadian’s think] regardless of what I think of the behaviour of the PM, at the end of the day how does this change my life and that of my children, which is nil.”

An Ipsos poll commissioned by Global News found similar results to the Leger study, concluding that the Liberals and Conservatives remain neck-and-neck in the run up to October’s election. Since July, the Ipsos poll found the Liberals to be up two points to 33 per cent of the decided vote, while the Tories sit just ahead with 35 per cent.

The Leger poll concluded support for the Green party to be currently sitting at 13 per cent, up one point, and the NDP at 11 per cent. The People’s Party of Canada stood at four per cent.

The Conservatives and New Democrats will continue trying to keep the controversy alive today at a meeting of the House of Commons ethics committee, where they’ll move to invite the ethics commissioner, the Prime Minister, and others to testify about last Wednesday’s report.