It's hard to say goodbye. 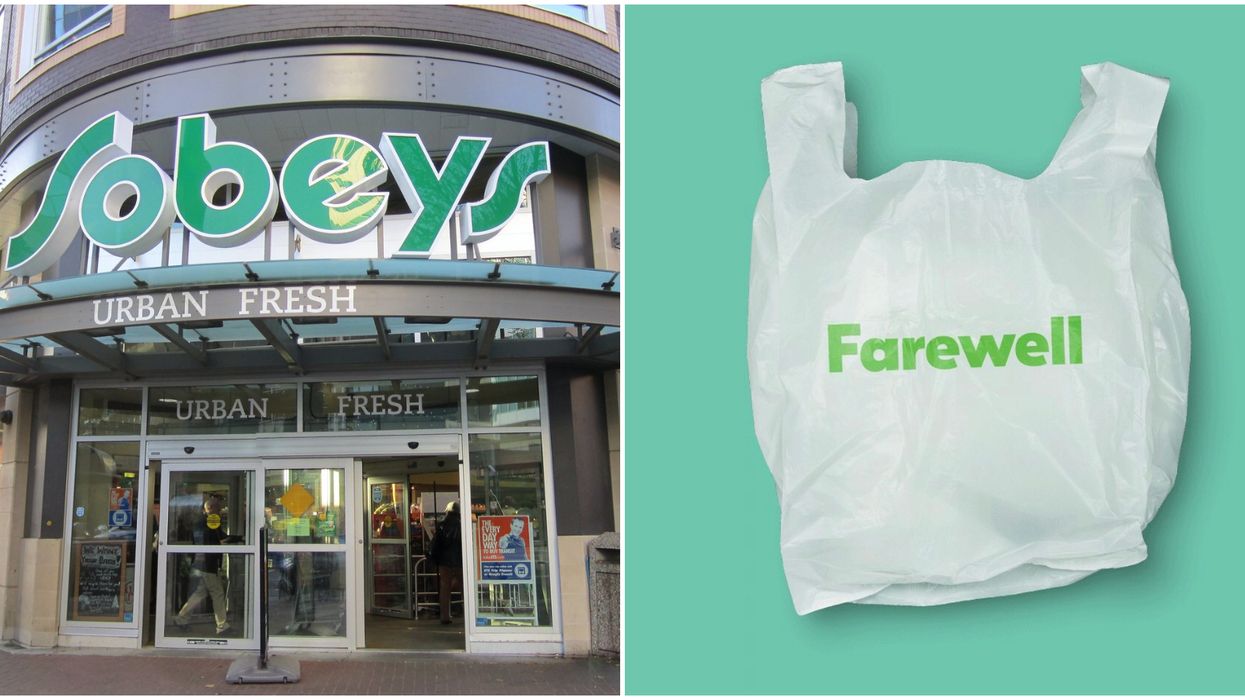 The decision by one grocery store to reduce their plastic waste has mostly been seen as a good one. However, not everyone is happy about Sobeys getting rid of their plastic bags. In fact, some people have very strong feelings about it.

While there are plenty of tweets congratulating the chain on their environmental push, there are also posts that express sadness and frustration at the idea.

A number of these actually come from the Atlantic provinces, specifically in Newfoundland.

Out east, practically every kind of disposable shopping sack, no matter where it comes from, is apparently referred to as a "Sobeys Bag." So this is a pretty big loss for islanders.

It's reached the point where some people are even starting to make jokes about finding a way to get a hold of these banned items on the black market.

While it's generally a good idea by the company to encourage people to use their own carriers (or purchase paper ones at the store), it's likely that the next few weeks will be a big adjustment for a lot of people. Fortunately, they’re handling it with humour.

With that in mind, here’s a look at some of the best (and funniest) Canadian reactions to the loss of Sobeys bags everywhere.

The Future Of Boot Liners

Considering all the snow they just had, what are Newfoundlanders going to do now?

Some People Aren't Giving Up So Easy

Wet socks? No thanks, bud.

Plus They Have So Many Other Uses

So what, people are just supposed to buy a suitcase or a lunch bag now?

They Made Great Garbage Bags

Perfect for smaller bins in your home! Better start saving the Shoppers bags instead.

However, most of us probably have a bunch of them lying on the floor of the car. Just brush off the dirt and they're good to go!

What If You're Not Quite Ready To Let Them Go?

Pretty soon they'll be as valuable as the old Tim Hortons lids.

You Might Try To Get Them Wherever You Can

You can get a guitar anywhere, but Sobeys bags? Now those are going to be a rare item.

If he thinks Environment Canada is anywhere nearby he'll close up shop and run.

And The Prices Will Only Get Steeper

Really, Though, It's Not A Huge Deal

Sometimes progress isn't easy, but you just have to keep moving forward.

Plus We'll Have Some Stories To Tell

The rest of Canada is only just now catching up with Nova Scotia. Does this also mean we can finally get some decent donair in Ontario?

We Just Have To Keep These Bags In Our Hearts

Not literally, though. That would be so terrible for your health.