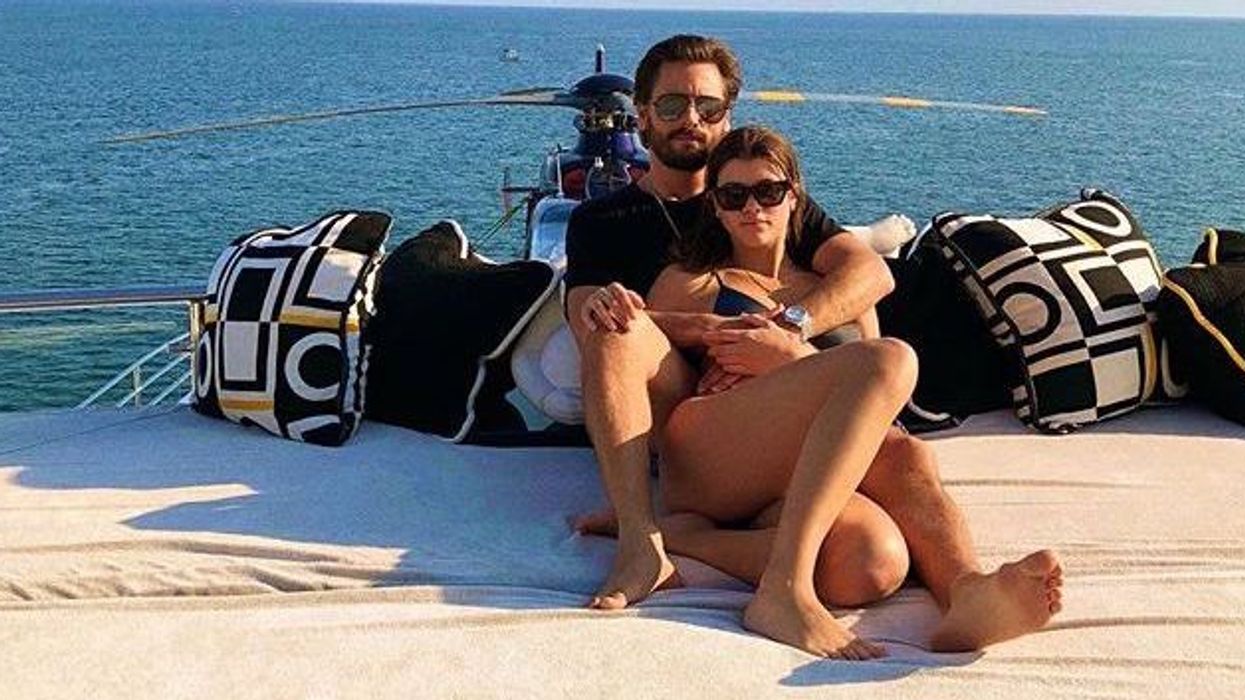 How quickly the tables have turned. It was only a week ago that Sofia Richie was declaring her love for Scott on Instagram and now she reportedly wants nothing to do with him.

Well, we don't blame her.

After rumours and photos of Scott allegedly cheating on Sofia surfaced, we knew that their relationship was in trouble.

Scott is known for playing with fire when it comes to his relationships. Catching Scott in a cheating scandal isn't that surprising. On KUTWK, we've seen Scott hooking up with random girls while he was supposed to be in a relationship with Kourtney.

It is surprising that Scott has allegedly cheated on Sofia, considering they've been together for almost a year and until now, we hadn't heard any rumours that he had cheated on her.

According to US Weekly, Scott allegedly cheated on Sofia after their trip to St. Bart's. Sources say that Sofia told her father, Lionel Richie, that Scott had cheated on her in Miami. Reports say that Lionel threatened to write her out of his will if she continues to have a relationship with Scott.

On Friday, photos of Scott and a girl with dirty blonde hair surfaced at Kanye West's album release party in Wyoming. Once Sofia caught wind of this, she reportedly dumped him.

According to People magazine, "Scott seems fine." A source told the publication, "He even thinks she might change her mind. He isn't really taking it seriously."