They also talked about the relationship between Canada and the U.S. 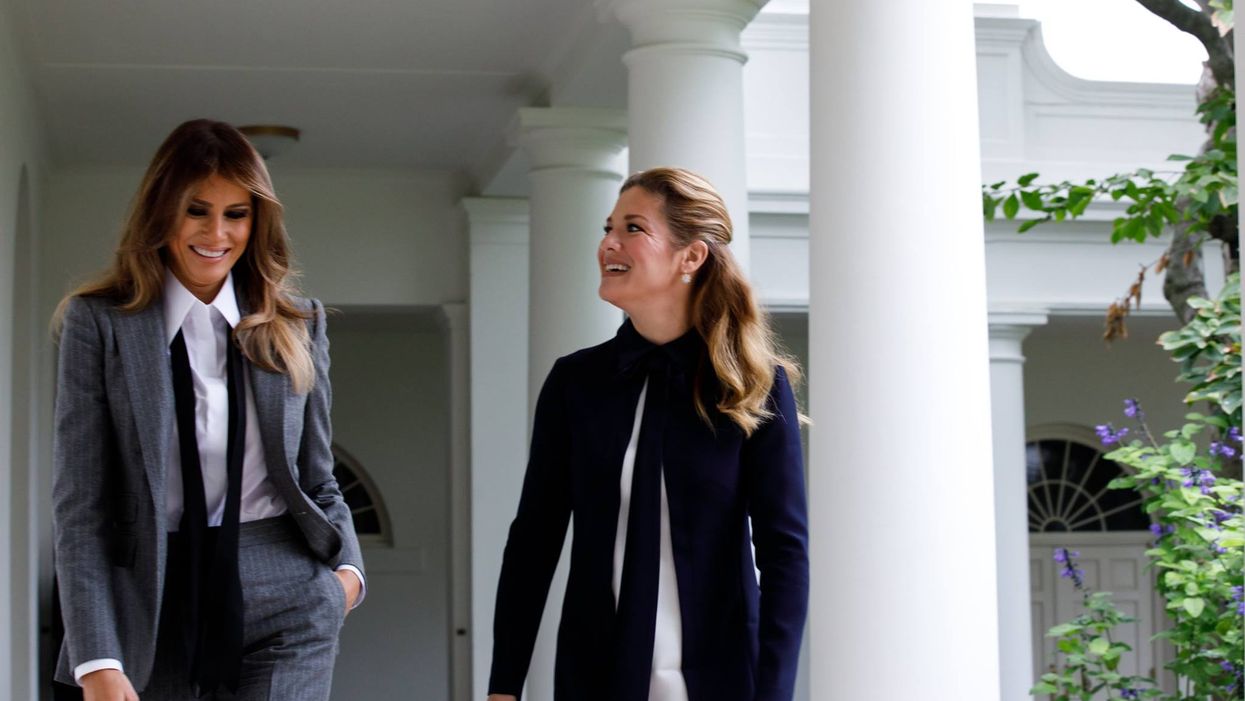 This definitely wasn't your average Thursday phone call. Sophie Grégoire Trudeau and Melania Trump had a conversation over the phone with each other in a rare moment of interaction between the two first ladies. During the call, they both agreed to stay in touch.

On April 2, Grégoire Trudeau got a phone call from the U.S. First Lady in which they discussed the COVID-19 pandemic and the relationship between Canada and the U.S.

The White House announced that during the call, Trump expressed her well wishes for her Canadian counterpart after she recovered from COVID-19.

Both of them discussed how the two neighbouring countries are cooperating with each other to tackle the challenges that have come with the pandemic.

The White House's readout said that Trump "conveyed the importance of the two countries’ strong economic ties" and noted how they agreed to close the border to non-essential travel but still allow essential workers to cross over.

Both of them agreed to keep in touch with each other as Canada and the U.S. deal with COVID-19.

Trump also tweeted about the call and said that she expressed her "gratitude for the special relationship between our two countries as we address the challenges related to the pandemic."

Grégoire Trudeau and Trump don't usually interact with each other, at least not publically.

So, this is a rare moment between the two and a brief look into their relationship.

They have been spotted together previously at The White House and the Invictus Games opening ceremony in 2017.

Grégoire Trudeau announced on March 28 that she had recovered from COVID-19 and has since gone to Harrington, the summer residence and all-season retreat in Quebec reserved for the Prime Minister.

The U.S. President told reporters back in March that he had spoken to Prime Minister Justin Trudeau while he was awaiting his wife's test results.