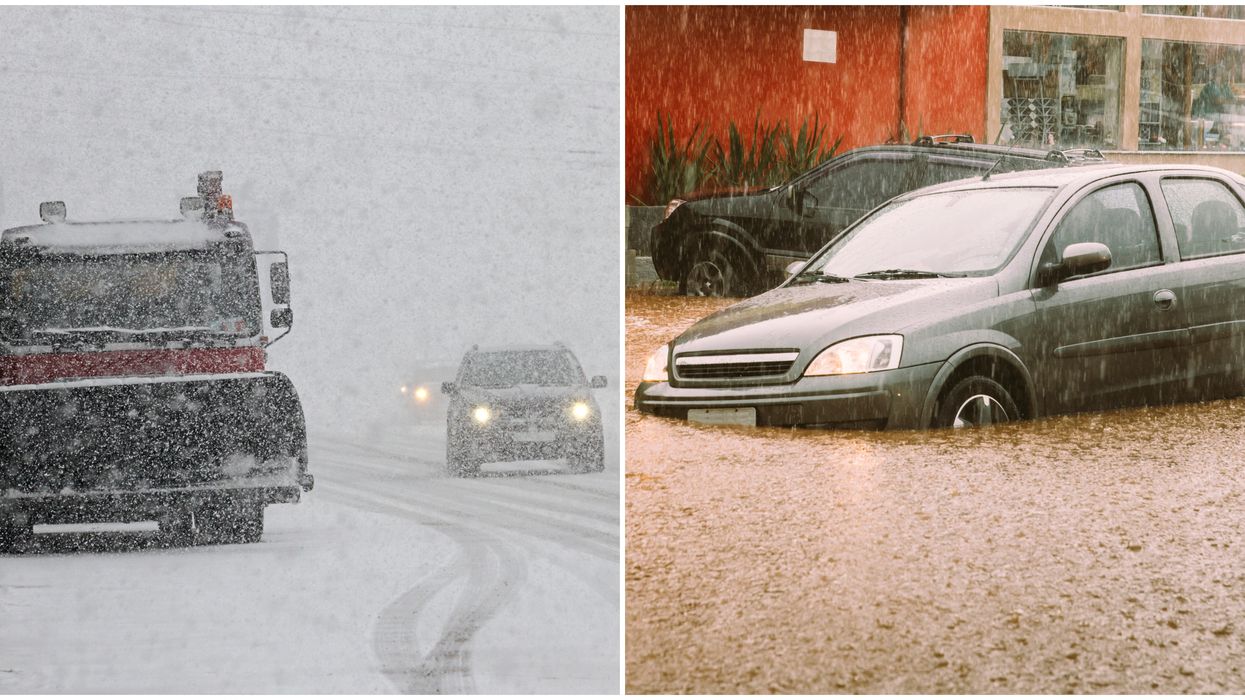 A massive weather change predicted for this week arrived today on November 20. Southern California is getting snow, rain, and thunderstorms this week shortly after record-high temperatures.

Residents are gearing up for a cold blast after heavy snowfall came to higher elevations throughout the region. According to the San Bernardino Sun, some areas in San Bernardino County required chains to drive on the mountain highways.

Concern over lightning strikes in Los Angeles County areas including Seal Beach and Santa Monica shut down the piers for a brief time.

The National Weather Service reported that the rainstorm is now moving inland from the coast with a high likelihood of more showers and thunderstorms.

Residents of both South Orange County and the Inland Empire can expect heavy showers scattered throughout this week. Los Angeles and Ventura Counties could also receive up to one inch of rain and snow levels could reach lows of 5,500 feet.

The intensifying storm arrives as part of a cold pressure system carried over from the Gulf of Alaska. San Bernardino County residents are warned to be prepared with tire chains when driving in mountainous areas and to watch for mud and debris flow. Flash flood warnings were issued earlier this week.

In hailstorms, drive slowly and keep your windshield wipers on.

California has had quite the season of unexpected weather this fall. Only one month ago, Disneyland broke records for being hotter than Death Valley.

Due to the inclement weather conditions, it is recommended to check the weather app in your area as well as your local news station before driving.

If you live in or near the San Bernardino County region,  you should keep snow chains in your car this week. Stay safe out there.