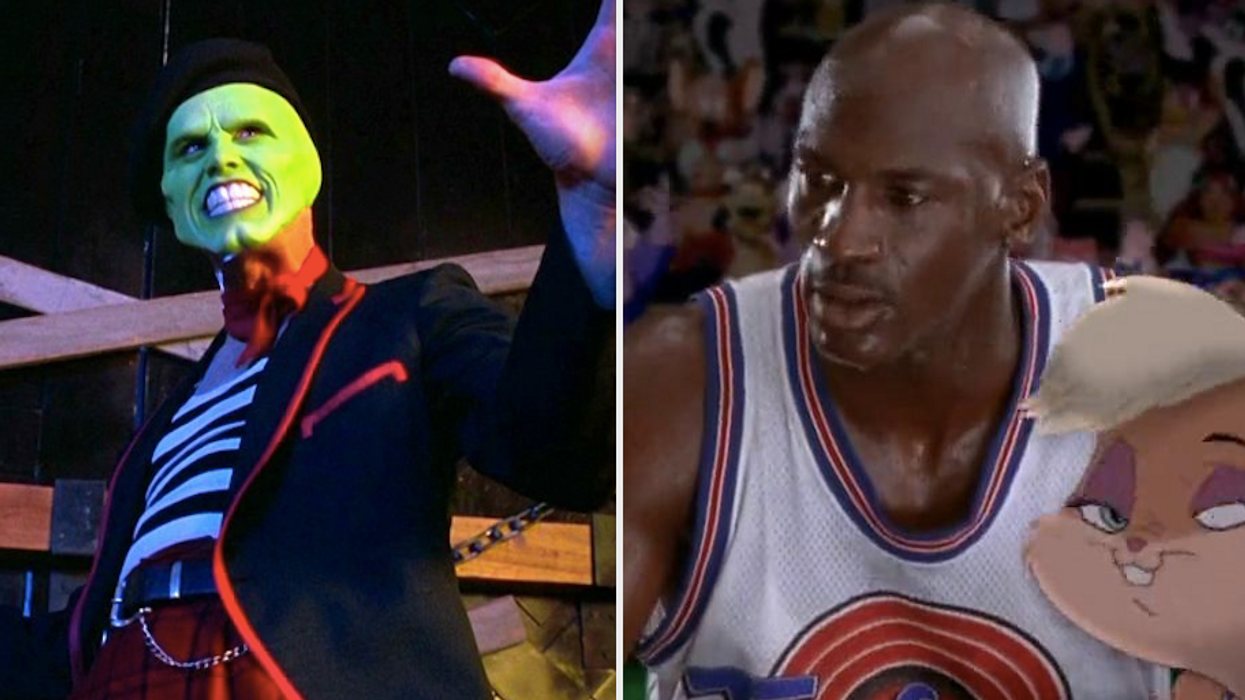 Bringing the '90s back! Space Jam 2 will reportedly see Jim Carrey reprise his role from The Mask and we are so here for it. A first look at his character just leaked.

The 58-year-old starred in the iconic 1994 film as Stanley Ipkiss, a man who gets some pretty bizarre superpowers every time he puts on the bright green mask.

Deadline first reported news of the sequel in July 2019 when they wrote that LeBron James and Don Cheadle would star.

Over the weekend, We Got This Covered reported that Carrey would be making an appearance in the half live-action, half animated comedy.

They wrote that he "will only be a CGI recreation, [but] Carrey is apparently returning to record voice work for the iconic character. Specifically, our sources say that he’ll be seen as a referee during one of the basketball games in the movie."

Soon after, We Got This Covered wrote that the first look at Carrey's The Mask character was shared on Twitter.

Also in the snap is Pennywise and the Joker, who the news outlet claim will be making an appearance too.

So far, it seems we'll only be getting voice work in this flick from the Canadian actor.

Back in January, he reportedly shared during an interview that he would be down for a sequel to The Mask, only if a "crazy visionary filmmaker" was involved in its making.

Carrey's most recent film work was as Dr. Robotnik in Sonic the Hedgehog which premiered last month in theatres. Before that, his last film role was in the 2016 flick, Dark Crimes.