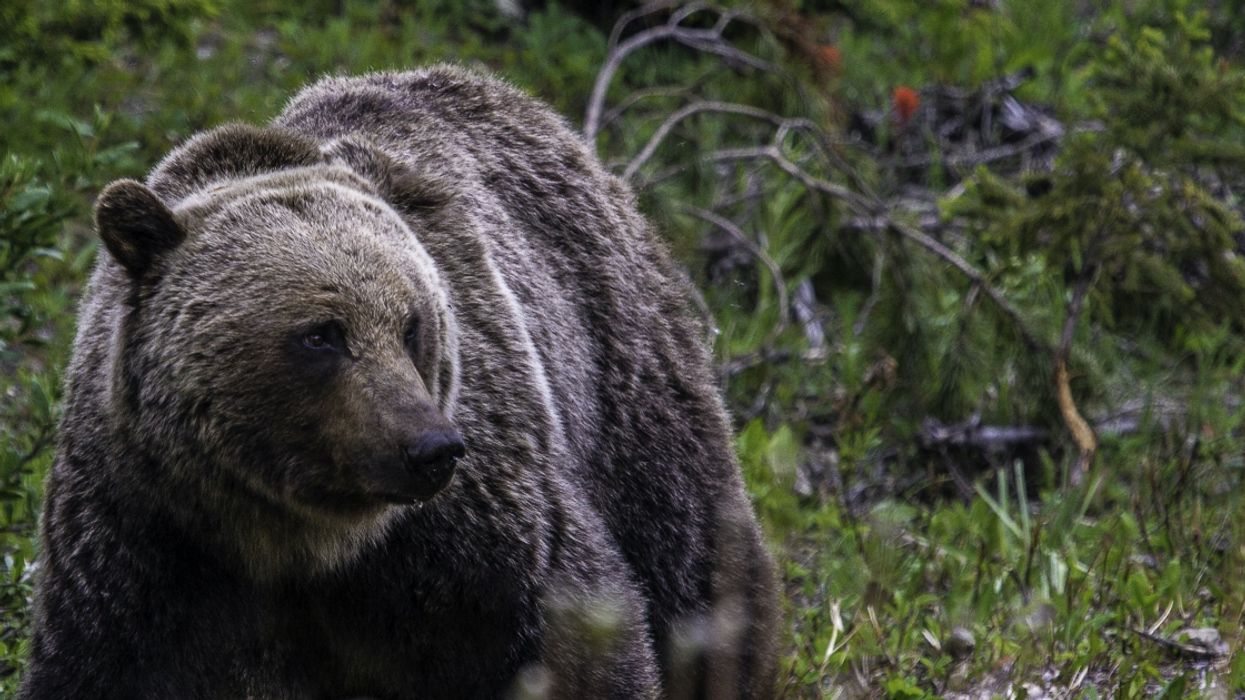 If a grizzly with the nickname "Split Lip" doesn't scare you, we don't know what will. This bear lives in Banff National Park and is a bit of a local celebrity. He was caught eating another bear for the second time on Thursday, April 30. Needless to say, the Split Lip bear in Banff has earned quite a reputation for himself.

Bears have been waking up all over Canada which is a sure sign that spring has sprung.

Even two famous ones in Vancouver woke up from their winter hibernation in April and were ready to consume 20,000 calories a day.

The latest grizzly sighting was a little more intimidating and included one of Banff's residents, Split Lip.

Nicknamed because of his disfigured mouth, this giant was seen eating another bear. Apparently, this isn’t the first time this has happened.

According to CBC News, this creature, formally known as bear no. 136, killed a two and a half-year-old cub that belonged to No. 142.

That happened near the Bow Valley Parkway Thursday, on April, 30.

This isn't his first time doing this. Back in 2015, the Calgary Herald reported that the beast's collar helped reveal to Parks Canada staff that he had eaten another grizzly in the Mystic Pass area of Banff.

While this may be shocking news to some, it turns out that it isn't out of character.

Jon Stuart-Smith with Parks Canada spoke with CBC and explained that grizzlies killing grizzlies is a natural occurrence.

Since the goal of conservationists is to protect the species, it can be disheartening news, but it isn't abnormal.

Stuart-Smith is unsure as to why Split Lip would eat the young but he did say that at this time of the year, bears are generally “just hungry.”

A video was posted on the Banff Sunshine Village Facebook page last year and he looks seriously intimidating.

Sporting his disfigured lip, he was spotted walking up the access road at the time — and he's massive!

Even though he's making a name for himself, he isn't the biggest and baddest bear in Alberta.

Another grizzly named “The Boss” has secured the title of being western Canada’s toughest bear and he also spends some time in the Banff National Park.