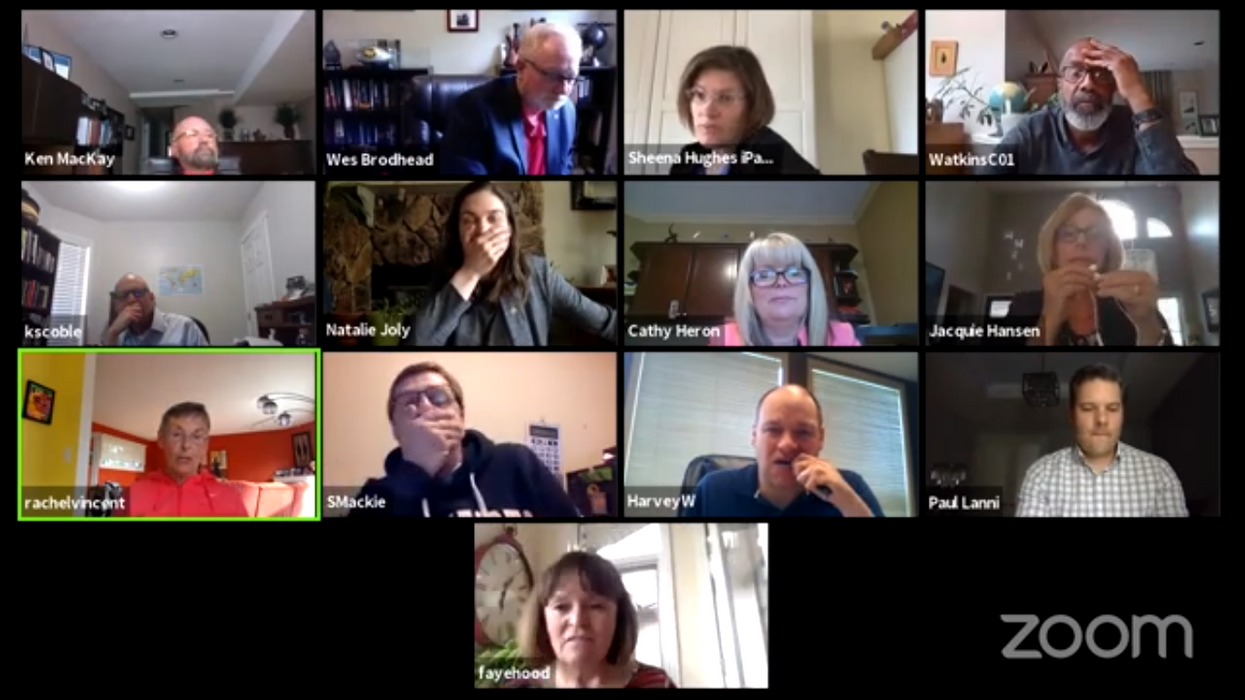 Zoom is the new normal, yet somehow giant blunders like this are still happening. While some are mastering the work-from-home situation, others are still figuring it out. For example, an St. Albert politician forgot to put himself on mute during a conference and was heard throwing serious shade with a big old swear word out of nowhere.

The YouTube video of the council meeting was posted on Tuesday, May 19.

The group was discussing a property development project during the meeting when this wild exchange took place.

St. Albert local, Rachel Vincent, was saying that this project was "an unpopular development which can only damage the quality of life for so many St. Albert residents."

Everyone was visibly shocked.

Vincent immediately looked appalled and said, "Excuse me? Councillor Watkins, you need to mute your mic."

She then went back to talking about the project but the alarming facial expressions among the other participants will give you a good picture of how everyone was feeling.

You only have to see the video to absorb the bizarreness. Start at the 4:15:10 mark so you don't have to sit through the entire council meeting to get to the best part.

Some people are seen putting their hands over their mouths in shock, while others are just glaring at the screen with their eyes wide open.

Everyone's used to a few tech hiccups here and there while maneuvering video calls, but this takes it to a whole new level.

Narcity has reached out to councillor Ray Watkins for comment and we will update this article when we have a response.

After Vincent finishes her piece, Mayor Cathy Heron apologized to the viewers for the interruption in the middle there.

They began talking about the topic again, but a few minutes later, councillor Joly raised her hand and asked Watkins to apologize. "Decorum in these meetings is something we've committed to," she said.

That's when Watkins took over and apologized for his comments.

"It wasn't meant to be heard by anyone except myself, and it wasn't a comment on Rachel's particular points," he said.

He was then thanked for his clarification, and the council moved on with other discussions.

The wild the Zoom mix-up has caught the attention of many people. The comments have been turned off but it had racked up nearly 10,000 views at the time of writing.

It's certainly a steep learning curve for some when it comes to navigating the "new normal."