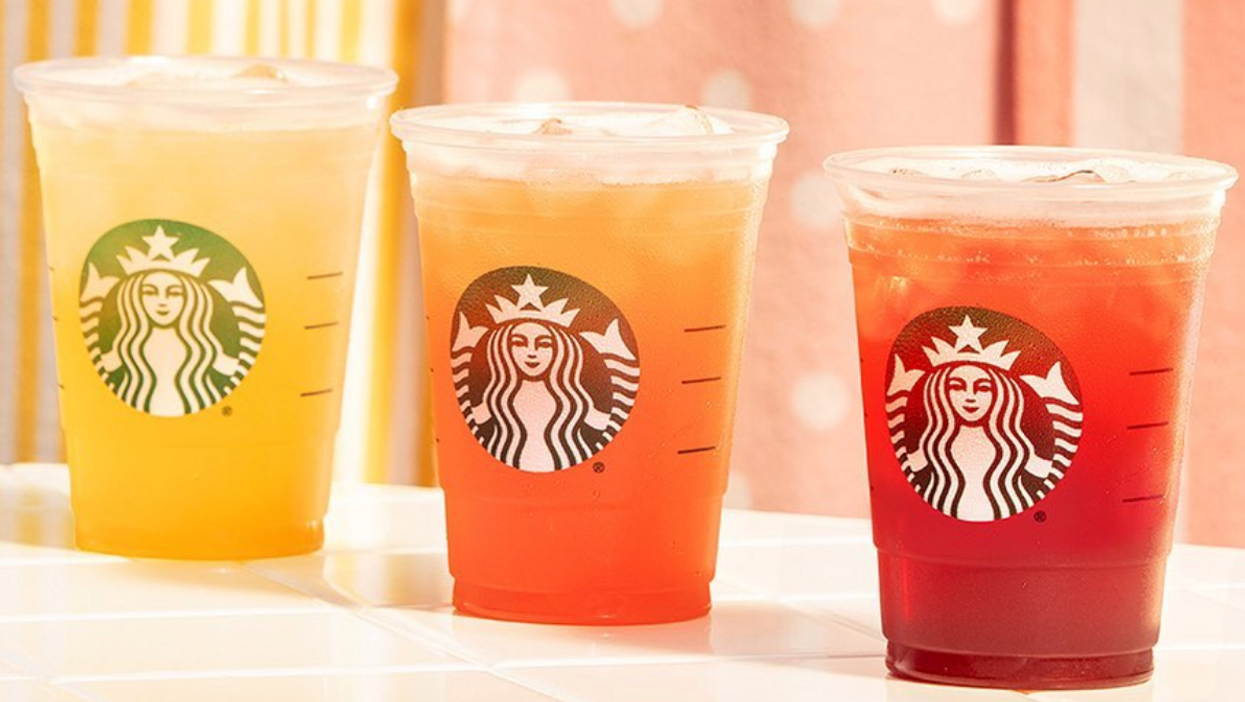 Following the release of their brand new Iced Honeycomb Lavender Latte, Starbucks is giving Canadians even more refreshing choices to sip on this summer. Three new Starbucks Canada Teavana Iced Tea drinks just landed on the menu at locations across the country and the flavours sound absolutely delicious!

The Teavana Iced Guava White Tea is described as a white tea mixed with a guava flavoured fruit juice blend. It's sweetened with liquid cane sugar and hand-shaken with ice.

The Teavana Iced Blueberry Black Tea is a cold black tea, poured and then shaken together with a blueberry flavoured fruit juice blend. It's sweetened with liquid cane sugar and served on ice.

The Teavana Iced Peach Green Tea is a green tea, combined with a peach flavoured fruit juice blend. It's sweetened with liquid cane sugar and served on ice, refreshingly shaken to perfection.

To give these iced teas some extra zest, Starbucks says you can order them with lemonade. You can also mix and match the flavours, to make a customized version just for you.

Be sure to head over to your nearest Starbucks and give these delicious new flavoured iced teas a try!

In addition to these new Teavana drinks, Starbucks released some other new items to their summer menu as well.

Yesterday, Narcity reported that Starbucks was releasing another new drink called the Iced Honeycomb Lavender Latte. The drink is a mixture of milk and Starbucks' Blonde Espresso.

Not to mention, they added a few new food options to their summer menu as well. The Honey Almond Bar, Everything Croissant and the Roasted Ham Breakfast Sandwich are all available in Canada starting on June 25.