This drink is Pennywise approved! 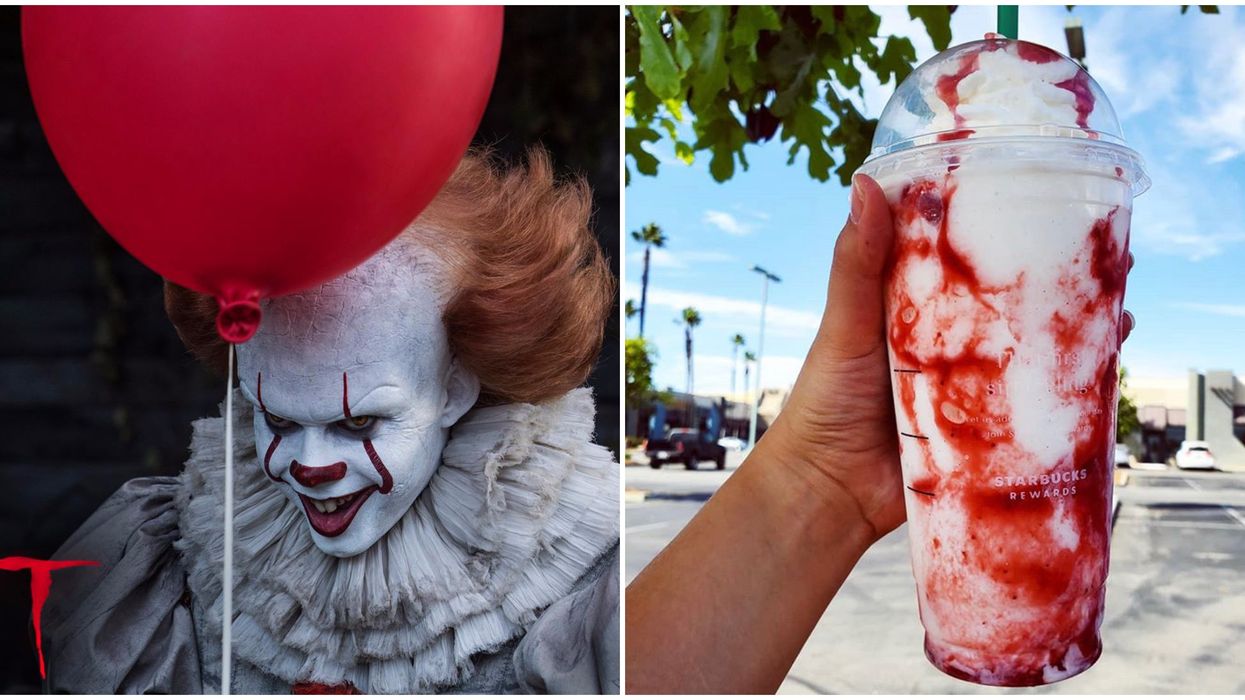 Does anyone order anything from the actual Starbucks menu anymore? With so many customization options, it's easy to throw on some extra whip or add a new flavour shot to your beverage to make it entirely your own. While Starbucks has crafted up tons of delicious drinks for us to enjoy, it hasn't stopped some customer-made creations from going viral. Starbucks Canada's IT Frappuccino is one of them.

While Starbucks fans are still swooning over the Cinderella Latte, this new Frappuccino has recently stolen some of the limelight. It is unknown who created the IT Frapp, but it came into existence in 2017 in celebration of the first IT movie. It has now made a viral reappearance in anticipation for IT Part II. The drink is not officially part of any Starbucks menu, but can easily be made through the customization options.

Whether you're a fan of the IT films or not, you're going to want to give this drink a try! Made with vanilla bean and strawberry, the Frapp reflects the colours of Pennywise the clown.

As the drink is not part of the Starbucks menu, you can't just ask for an "IT Frappuccino." Instead, order any size of a creme-based Vanilla Bean Frappuccino with strawberry puree on top. You can also request the puree to be added to the bottom for an extra scary effect!

Sip on this sinister drink to celebrate IT Part II, or just because it's delicious! This Frappuccino will have you smiling bigger than Pennywise.

Why You Need It: Try this viral Starbucks drink to celebrate the release of IT Part II!