Jason Kenney has made the official announcement. 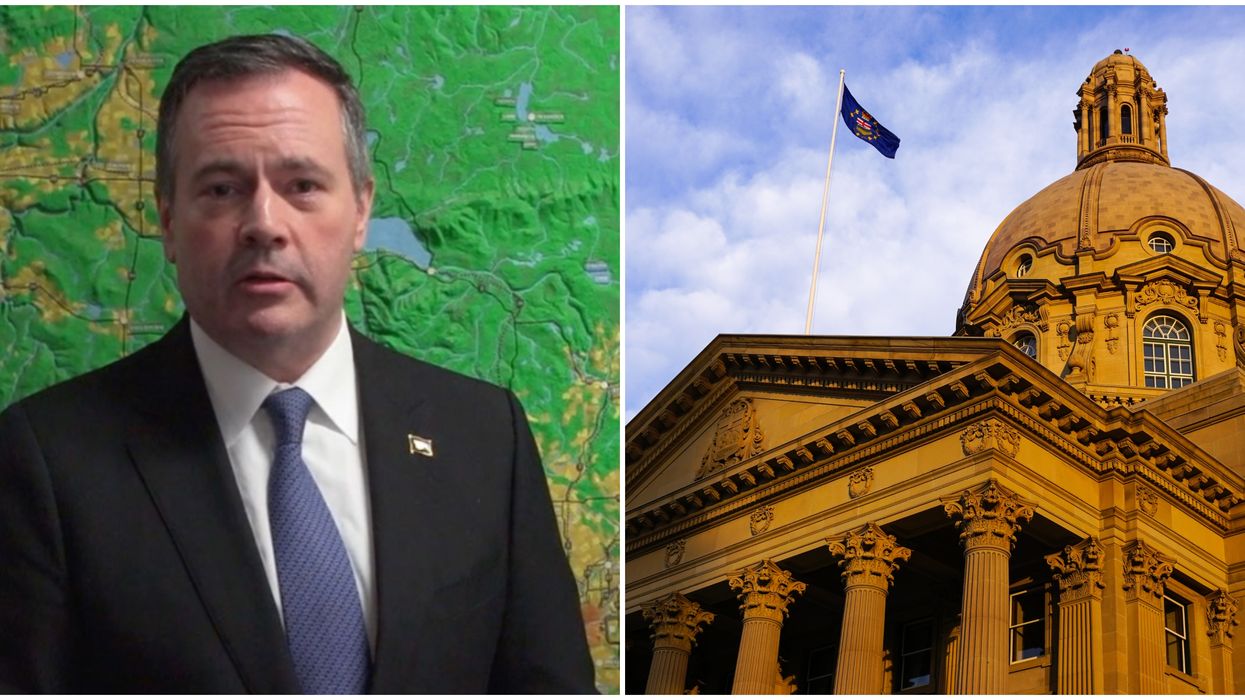 The Alberta government just announced a provincial public state of emergency in response to the COVID-19 pandemic. The Alberta state of emergency announcement was made by Premier Jason Kenney on the afternoon of Tuesday, March 17. Kenney also announced several new measures that will be immediately implemented to fight the public health crisis.

As part of this provincial state of emergency, all residents are now prohibited from venues such as public recreation centres, casinos, bingo halls, bars, fitness centres, arenas, museums, and indoor children's play centres.

In a live press conference, Kenney said, "The situation is very serious. Decisive action is needed and we are taking that action."

"The situation in Alberta continues to evolve rapidly," he added.

The new measures also mandate that sit-down restaurants should only have 50 people at a time or only 50% of their total capacity, whichever figure is lower. Drive-throughs, take-out, and deliveries will still be available for the public.

Kenney said that weddings, funerals, and conferences are also included in the latest ban, dependant on size.

At this point, grocery stores, airports, soup kitchens, homeless shelters, and the Alberta legislature building will continue to be open to the public, as they are considered to be providing essential services.

The Emergency Management Act, the details of which can be viewed here, mentions that province-wide emergencies can hold for 28 days but in the case of a "pandemic influenza," the period can go up to 90 days.

So far, the municipalities of Calgary, Red Deer, and Banff have already announced local state of emergencies in their respective regions.

Alberta has confirmed 74 cases of the COVID-19 virus so far, as of yesterday on Monday, March 17. Major universities in the province have moved classes online, and K-12 schools have been shut down indefinitely.

Kenney also assured the Albertan public that food supply is not going to be an issue during this crisis. He said that the president of Walmart and officials from Loblaws have told him "that they have all supplies necessary to fill demand." He assures that "Supply chains and food safety are not compromised."

He went on to mention that Albertans live in one of the most organized places in the world and that the province had exercised a robust pandemic plan just last November.

Alberta becomes the second province to issue a provincial state of emergency after Ontario issued one just earlier in the day.

The neighbouring province of B.C. also joined later in the day by declaring an emergency on Tuesday, March 17.