Both provinces have banned all large gatherings. 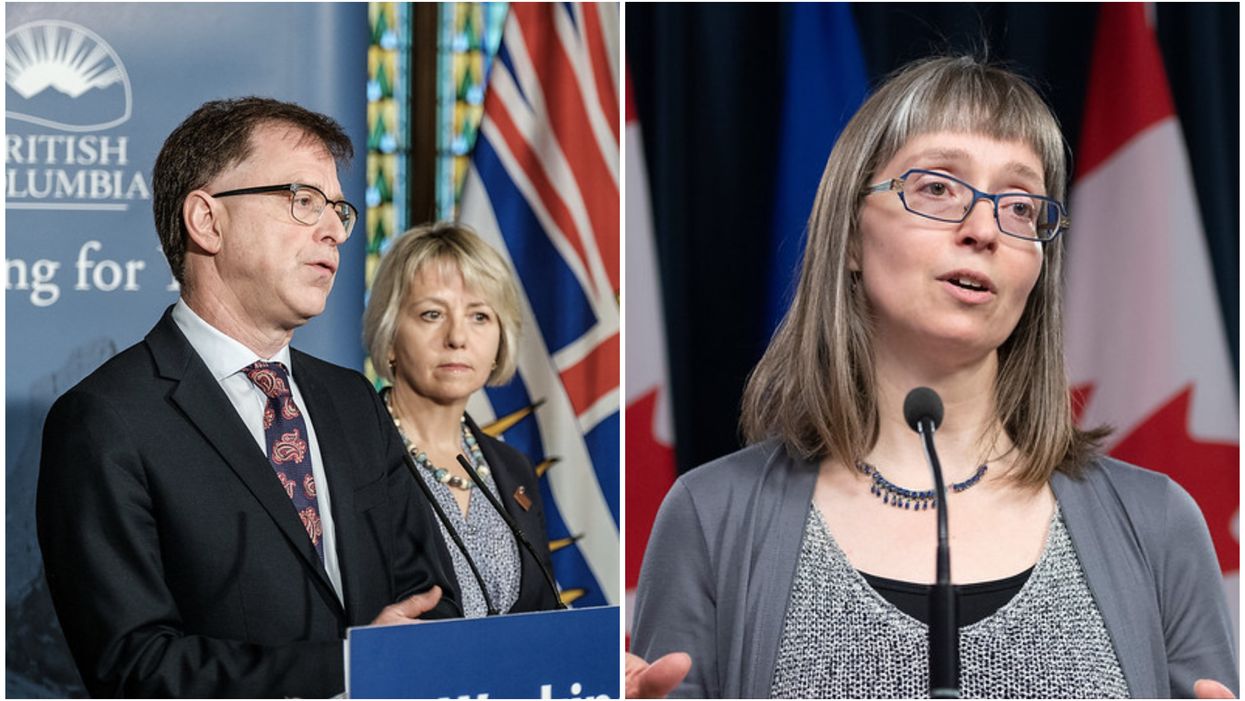 As novel coronavirus cases climb, Western Canada is amping up their actions. Two provinces' top doctors just announced that they're trusting locals to stay within Canada, but won't be blocking borders. Not only should you stay put, but also all gatherings of over 250 people are effectively cancelled. B.C. and Alberta are taking big steps to keep people safe and they say taking a trip outside of Canada right now is a risk.

"These are extraordinary circumstances, and our public health measures must rise to the challenge we face," said Dr. Deena Hinshaw, the province's chief medical officer, in a conference on Thursday, March 12.

If you're outside the nation, B.C. will require you to voluntarily isolate yourself for 14 days, said Henry.

"Given the rapid spread of this virus, it is no longer possible to assess health risks for the duration of the trip," said Hinshaw.

However, neither B.C. nor Alberta will be enforcing the travel ban at the border.

During her conference, Henry announced seven more coronavirus cases in B.C. that were just confirmed during the day. This brings the total in the province at 53.

Henry explained that a majority of the cases in B.C. came after international travel. Five cases came from China, and 16 had travelled from Iran.

At the same time, both provinces also announced that they're cancelling every large event with over 250 people.

The ban only applies to social gatherings like conferences or sporting, cultural, and community events. Public schools and daycares remain open.

The 250 figure isn't based on science, Henry explained, but more because they "think it’s the right number and the right judgement."

Dr. Bonnie Henry & Ministry of Health update for BC: -Recommended against travel outside of Canada, including to th… https://t.co/HLaBMCQChk
— Dr. Yvette Lu (@Dr. Yvette Lu)1584053652.0

Despite the bans, both Alberta and B.C. are currently at low risk for coronavirus. However, the number of cases is creeping up.

Earlier the same day in Calgary, the first child in Canada to catch COVID-19 was confirmed. Their daycare was immediately closed.

The most important thing you can do to prevent #coronavirus and other illnesses is to wash your hands regularly and… https://t.co/XbeorHiw1e
— BCCDC (@BCCDC)1584029711.0

"This is for the protection of your personal health but also for the health of the community as well," said Henry.