The cast of The Office joined Steve Carrell on SNL last night. 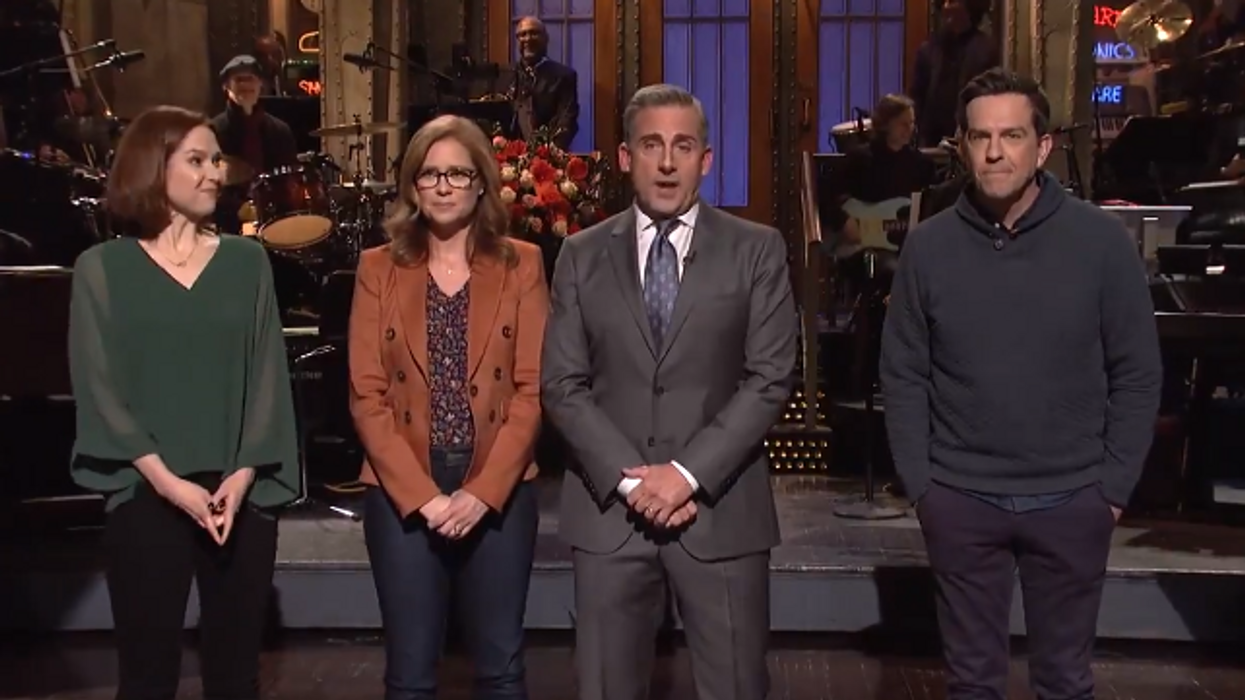 For a while now, The Office fans everywhere have been clinging onto hope that Steve Carrell and the gang would get together and officially reboot their beloved series.

Last night, Steve Carrell hosted Saturday Night Live and while doing so, he managed to gather a bunch of the old cast together. In typical Carrell fashion, not only did he bring the cast back together, he left a lot of fans wondering if a reboot is on the horizon for The Office.

In his opening monologue, Steve Carrell began taking questions from the audience until he was interrupted by his old castmates pleading for another shot at rebooting The Office. First, Ellie Kemper, who played Erin Hannon, stood up in the audience, begging Carrell to reboot The Office.

She said, "People would really love to see an Office reboot," She continued on, "Cause I need that money. Let's get that money, Steve!" Obviously playing on the fact that the old cast members would get paid a huge amount to star in the reunion series.

After, Ed Helms who played Andy Bernard or "Nard Dog" stood up and said, "I just don't think you understand just how much money we're talking about. Like, you wouldn't have to do all those sad movies anymore."

Finally, Jenna Fischer aka Pam Beesly, pleaded with Carrell by saying, "Steve, do you remember the last words that Pam secretly whispered to Michael as she left for Denver? She said, 'Steve, don't be a dick, do the reboot.'" As the cast gathered up on stage to finish off Carrell's monologue, the audience eagerly waited for the news of an Office reboot, but were only left with sadness. Carrell ended his monologue by officially announcing that SNL would "have a great show tonight."

While many fans have responded online by saying that this proves The Office reboot is actually happening. Even though Carrell clearly doesn't say that a reboot is happening, fans are freaking out online at the idea that it may be coming.

Last night, SNL's official Twitter account tweeted the now viral clip from Steve Carrell's monologue along with the caption, "All in favor of a reboot? @theofficenba #SNL" and now we really don't know what to believe. Fans went crazy in the comments section demanding that NBC reboot the show.

How many RTs for a reboot?

Last year, NBC and Steve Carrell accidentally announced that an Office reboot may be in the works. It's been almost a year, so this could be Carrell giving fans hope that a reboot may be coming soon.