Come From Away but make it Christmas. 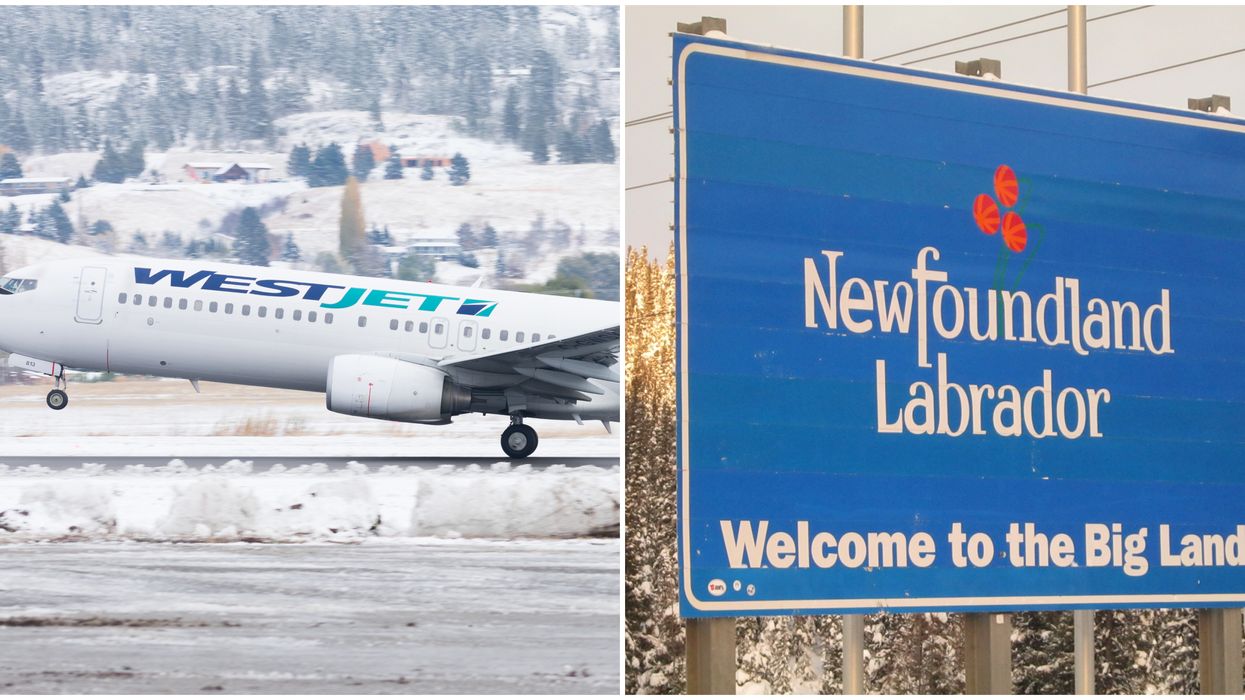 Travelling during the holidays always brings an air of uncertainty with it when it comes to possible delays or cancellations. Some people on a WestJet flight were met with the unexpected when they landed in Deer Lake, Newfoundland & Labrador. Those passengers got an unconventional Christmas dinner after being stranded in the town and it was so sweet.

Nobody wants to get stranded anywhere especially on Christmas but that's exactly what happened these passengers.

After circling St. John's for a bit, the plane was unable to land there and flew to the town of Deer Lake instead.

The people on the flight were sent to a hotel early in the morning to wait before they could catch another flight to St. John's and that's where the community rallied together to give the 75 passengers a Christmas dinner.

"It was my best Christmas Day ever. That's the only way I can put it," Brian Snow, a Salvation Army employee who made the dinner happen, told the CBC.

Around dinnertime on Christmas, Snow was told about the passengers by the secretary at the Salvation Army.

On Facebook, he asked people to help get food for the stranded passengers and the rest will go down in history.

It was like the Christmas version of Come From Away.

People from Deer Lake came through and brought sandwiches, a turkey dinner complete with gravy, rabbit stew and then cookies for dessert.

"We fed most of them and they were very thankful," said Snow. "To me it was what Christmas is all about. The real meaning of Christmas."

Hearing about what happened during the holiday and how the community stepped up, people shared on Twitter how proud they were to be from Newfoundland & Labrador and to commend those who helped for their kindness.

Once the feast was over, there was the issue of how the passengers would get back to the airport.

But Snow already had it covered.

He put out another request on Facebook and arranged for about 30 cars to shuttle the people to the airport to catch flights to the province's capital.

According to The Weather Network, the province experienced snowfall and wind gusts on Christmas Eve and into the early morning hours on the 25th, making travel a little tricky. Some areas even got up to 40 centimetres of snow.

Even though it wasn't the Christmas those stranded passengers were expecting, it will certainly be a holiday they won't soon forget.