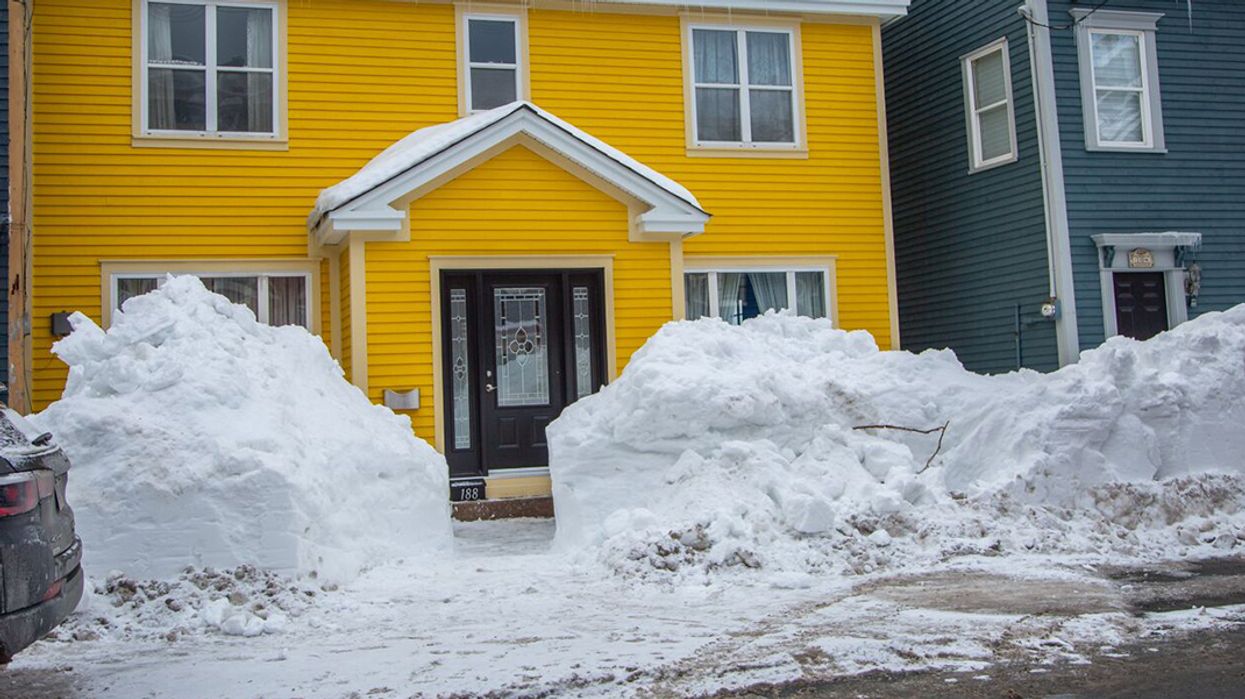 The mess left by the blizzard on the Atlantic coast is still fresh. However, it seems like islanders are in for even more. Less than a week after Newfoundland's state of emergency, more snow is being predicted by Environment Canada.

In special weather statements issued on January 31, the agency is predicting a storm across the province, including St. John's and the vicinity.

Residents could see anywhere between 10 to 15 centimetres of total accumulation starting on Sunday, with the possibility of local amounts being even higher. Following that, Newfoundlanders can expect around 15 to 25 millimetres of rain.

While there won't be massive walls of snow blocking people's doorways this time around, milder temperatures combined with the existing piles could result in flooding in some areas.

People are being asked to monitor future weather forecasts, as the predicted volume of precipitation could fluctuate.

On top of all of this, there will also be wind gusts reaching anywhere from 80 to 100 kilometres an hour.

The weather system is expected to hit Nova Scotia first. That province has also been given a number of special weather statements warning of significant snowfall. Southern and eastern regions could also see rain following that.

Newfoundland's state of emergency was first announced on January 17, after a massive blizzard rocked the province and left St. John's practically buried. Roads were shut down, and all businesses were ordered to stay closed.

Luckily, Islanders have a sense of humour, and they were able to capture their experiences being stuck inside in both some hilarious memes and ridiculous photos taken in the storm's aftermath.

One of the locals even went ahead and made a music video about the whole thing.

Canada's east coast is prone to some pretty intense winter weather. Still, seeing a weather statement following a storm like that one can't really be comforting.