St. John's Just Declared A State Of Emergency Over The Snow & Ordered Everyone To Go Home

"Please return home until the order is lifted." 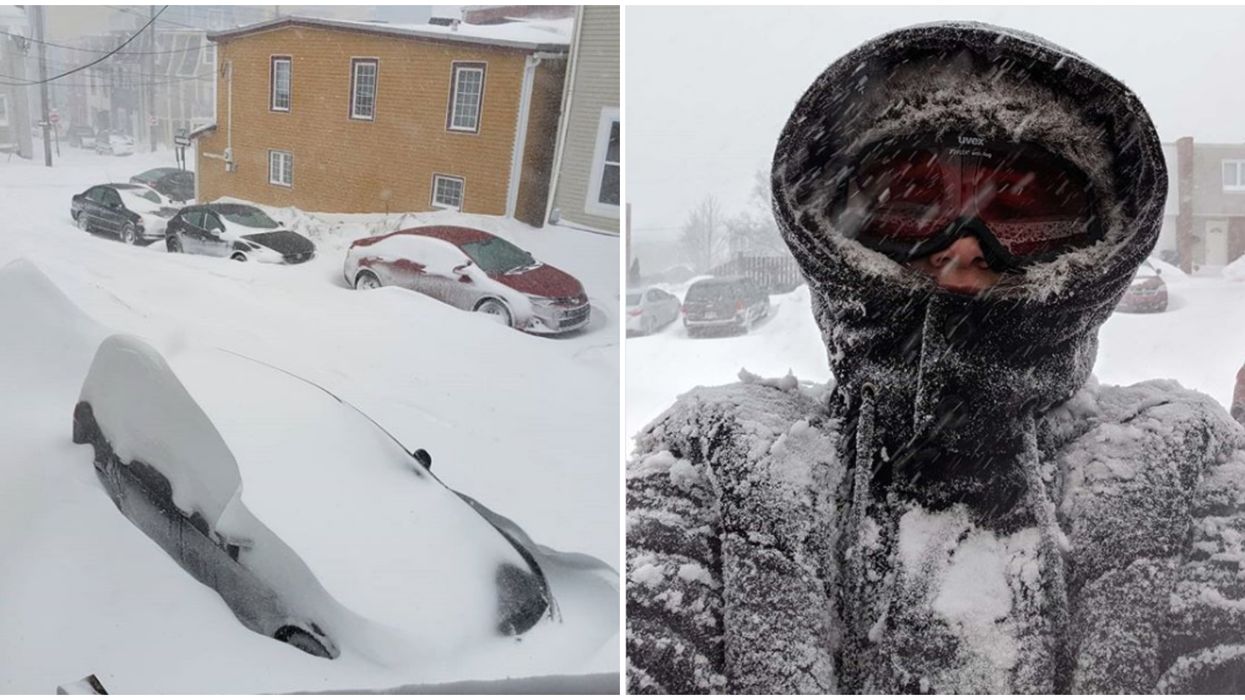 Not all winter weather is created equal and some parts of Canada are getting hit harder than others. A St. John's state of emergency has been declared because of the winter storm walloping the city with huge snowfall amounts and blizzard conditions. With this in place, people should go home and stay there until further notice.

The state of emergency was declared by the mayor of St. John's at 11:00 a.m. local time on January 17. This basically means the entire capital has to shut down because of the massive snowstorm battering the province.

"All businesses are ordered to close and all vehicles are ordered off the road except emergency vehicles," the City said in a tweet. "Please return home until the order is lifted."

In a news release, the capital of Newfoundland & Labrador stated that only city plowing operations and emergency vehicles will be on the roads. Any other use of the streets is "prohibited."

As the blizzard moves through St. John's and the province, up to 75 centimetres of snow is expected to fall throughout Friday in the city and the wind could reach 120 km/h.

Along the coast, wind gusts could hit 150 km/h.

You definitely don't want to be outside during this storm.

According to the CBC, the storm also prompted the Newfoundland government to pull its snowplows from regional highways.

They warn that visibility is expected to be reduced to 400 metres for at least four hours and waves from nine to 12 metres could break as they approach the shore.

The alert stated that way more than five centimetres of snow could fall each hour in the city before slowing down overnight.

"What’s different this time from the past (is) we’ve had bad storms, and we’ve had bad wind storms, but we’ve never had both of them in one, really, at this level. And we also have 170 cm of snow on the ground," St. John's Mayor Danny Breen told The Telegram.

He said that the last time the city declared a state of emergency was in 1984 during an ice storm.

This storm is expected to taper off by the afternoon on January 18 but it's unclear when the state of emergency will be lifted.

People in the city are asked to stay home and off the roads until it's over.