Saint Pierre and Miquelon is only a ferry ride away from Canada but you'll think you were across the ocean in Europe. 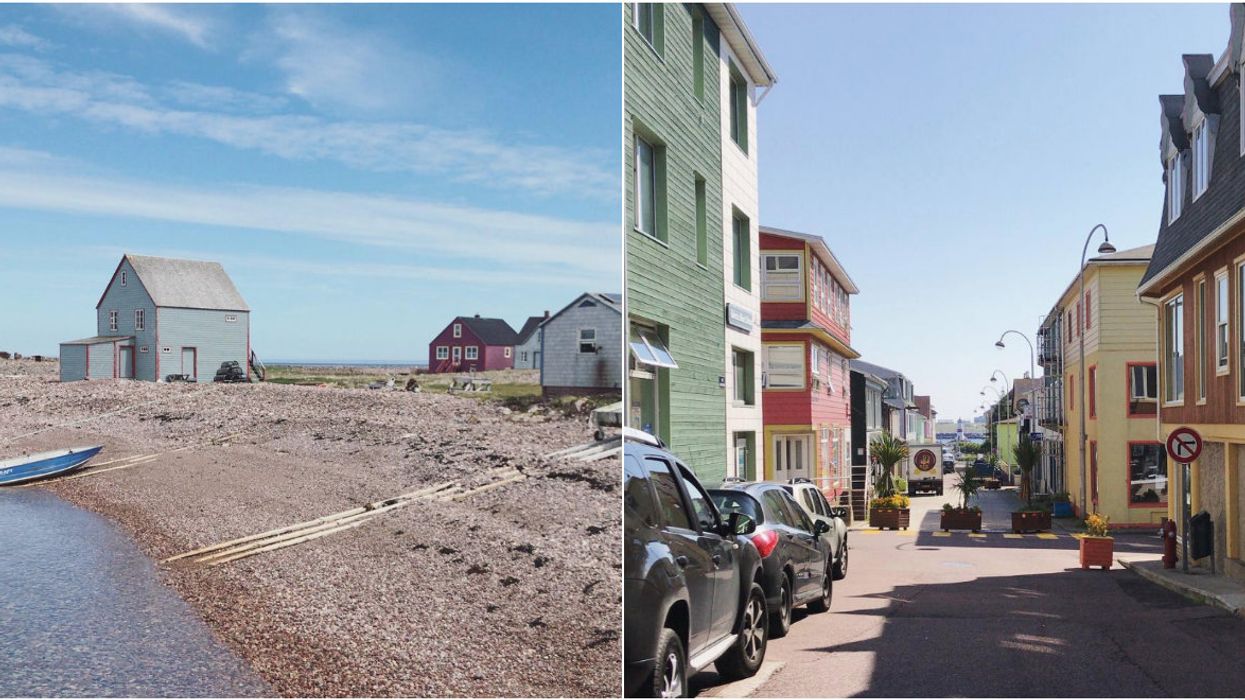 When you work hard you want to play hard, which for most Canadians means planning an unreal trip to let off some steam. While for some it may be no issue to jet off on a European adventure whenever, the cost of a plane ticket is definitely not cheap.

That's why a tiny island off the coast of Canada has to be your next travel destination. Not only is it only a 90-minute ferry ride away from Fortune, Newfoundland, but it is also a little island that is straight out of France but only found in North America. Saint Pierre and Miquelon is 48 kilometres off the coast of Newfoundland and has a 90-minute ferry between Fortune and the Island. The nation is quite dependent on Canada's eastern province, giving their home a European vibe with influence from Canadian islanders.

Still, the island's actually french speaking and is the last remaining part of New France from colonial times. The Canadian province of Quebec may speak French, but Saint Pierre and Miquelon residents french dialect are more similar to how those France speak over those in Canada. Before you plan your visit, please know that you have to bring a passport and go through customs upon your arrival on the island. Afterward, you will have to exchange those loonies and toonies for Euros instead because Saint Pierre uses the same currency as France.

The island is only home to over 6,000 people, has free health care, and is relatively crime free. If you're looking for a laid-back vacation destination with little to worry about, Saint Pierre is the perfect spot. The island was violently fought over by the English and French between 1700's and 1800's before France finally took the land in 1816 and has controlled since. Being French has it's perks, with delicious cuisine and wine found all over Saint Pierre.

Because of their French heritage, St. Pierre and Miquelon celebrate Bastille Day on July 14 just like they do in France. If you visit during this time expect an authentic celebration with tons of games and food, as well as fireworks. It's also one of the only places you can find European license plates in North America because their driver licensing still operates through France's regulations. During your visit to Saint Pierre and Miquelon, you can enjoy a trip to France without having to travel the Atlantic ocean. Enjoy all the bread and the wine while being only an hour and a half away from Newfoundland.

Of course, since the nation is an island, after all, there are tons of beaches to visit and enjoy. Some travellers who visit enjoy the surf while others just enjoy the unique weather that Saint Pierre and Miquelon get. Because of the polar air pockets, the island gets crazy fog and super humid temperatures that are amazing to witness. In fact, the Islands time zone actually makes it the first place to celebrate New Years in all of North America. The idea of travelling to an Atlantic island may not thrill you with the autumn chill and winter snow, but Saint Pierre is beautiful all year round. The colours changing across the island is whimsical and the snow-covered colourful homes are so cute!

You definitely need to add this small French island to your must-travel list because it's a totally unique experience. After all, how else can you get to Europe in 90 minutes?

READ ALSO: We Finally Know The Official Date Of Toronto’s 2018 Cavalcade Of Lights